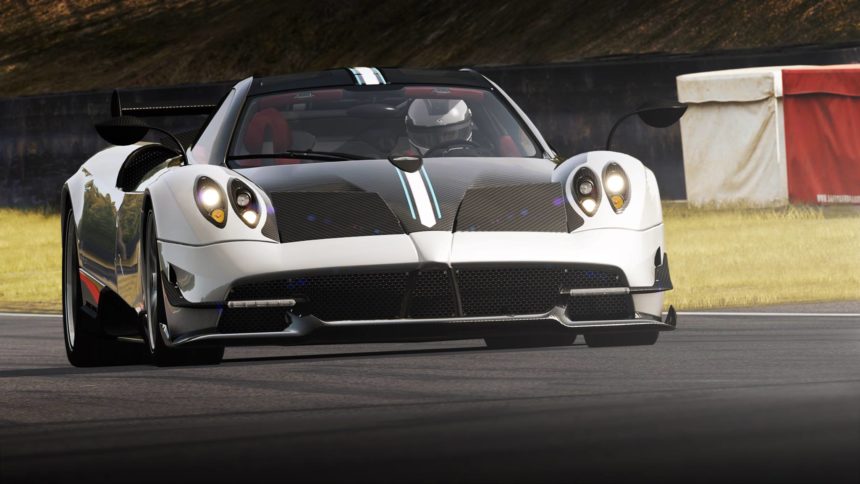 We’re getting closer to the next big Assetto Corsa DLC release, which lands right before Christmas on December 20. “Bonus Pack 3” brings seven new all-Italian cars to the game along with the ever-popular Laguna Seca.

There’s a lot to be excited about in this new pack, but of all the new cars, the biggest and baddest is the Pagani Huayra BC. Named after the Horacio Pagani’s long-time friend and first customer Benny Caiola, the BC is quite a tribute: it pumps out a crazy 789 horsepower from its AMG bi-turbo V12 and is 330 pounds lighter than the original model.

To give the car the attention it deserves, Kunos has released a special trailer and screenshot pack:

This joins the other new media for Bonus Pack 3 from Kunos, which shows off the Alfa Romeo 33 Stradale:

As mentioned, Bonus Pack 3 arrives for Steam players next Wednesday. There’s still no word on a console release date yet, but we’ll keep an eye out for it. Until then, be sure to head over to our Assetto Corsa forum for more discussion.

Assetto Corsa DLCAssetto Corsa VideosPaganiPagani Huayra BC
264 Comments Discuss this post in our forums...
Test Your Badge Knowledge With Our Car Logo Quiz

Assetto Corsa 39 Jan 12 by Andrew Evans
Fans of classic, and long-absent Gran Turismo tracks can rejoice, as it’s now possible to race on them again. There’s one slight catch though: it’s not in Gran Turismo, or…