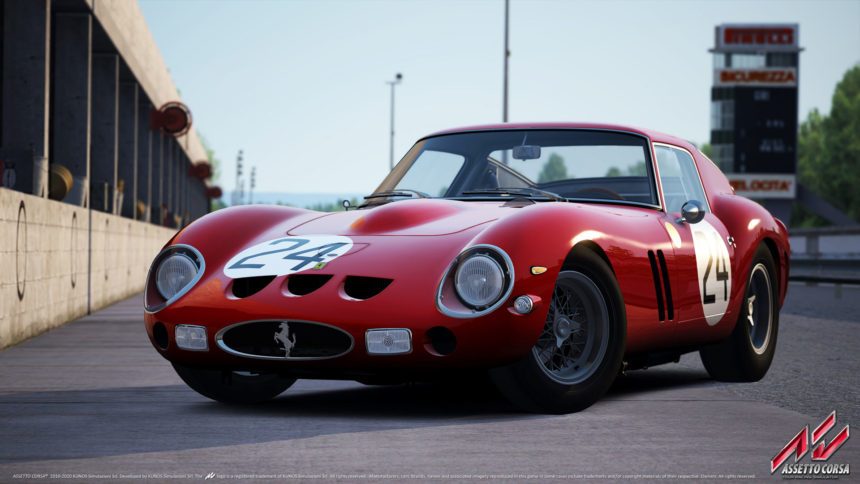 Good news out of camp Kunos today. The Ultimate Edition of Assetto Corsa is now available on consoles, packing in all of the content the team released over the last 20 months.

If you haven’t been keeping track of the numbers, that means 178 cars from 24 manufacturers. This includes some of the largest collections of Ferraris and Porsches in the genre. The last car pack for the title was Bonus Pack 3, which introduced seven Italian cars free of charge.

In terms of tracks, AC Ultimate features 16 locations and 33 layouts. This is the same amount as the regular game, as Kunos added three locations over the game’s lifespan. Two of these were the team’s own creation — Black Cat County and Highlands — while Laguna Seca was laser-scanned. The team employed the same tech for the rest of the game’s circuit lineup.

As ever with these sorts of special editions, AC Ultimate represents a solid deal over the original game and its DLC purchases. It’s out now on the PlayStation and Xbox Stores, although players in the Microsoft ecosystem will enjoy discounts depending on region:

It’s hard to believe, but Assetto Corsa is nearing its 20th month on consoles. We rated the game highly based on its physics alone back in our original review, and the added content only sweetens the deal. If you’ve been on the fence about the title, there’s no better time than now to pick it up.

With development on the original game now coming to an end, Kunos will be full speed ahead on its next title. Assetto Corsa Competizione will be entering Steam Early Access later this year, as the official racing game of the Blancpain GT series. Stay tuned for more news on that game very shortly!