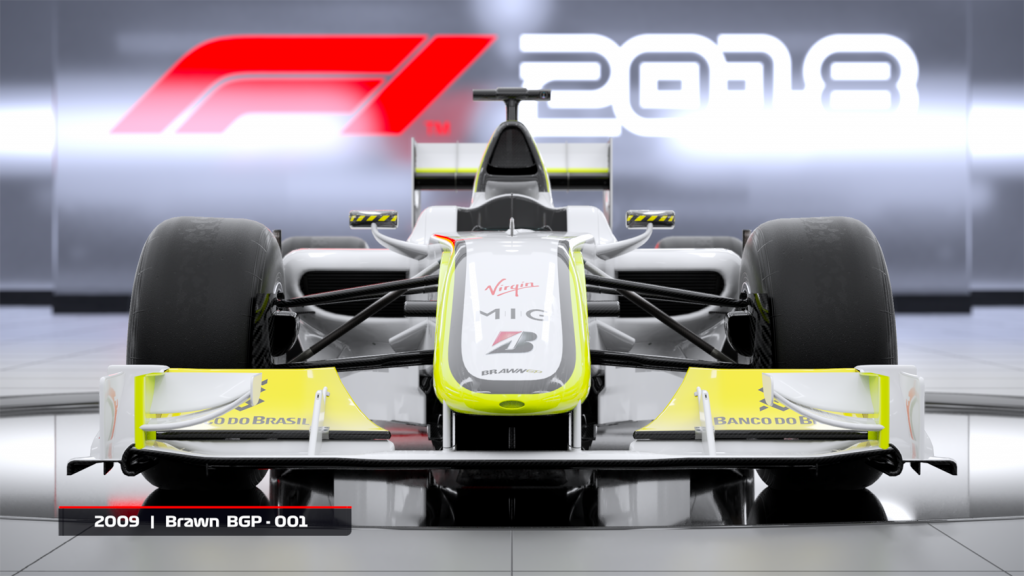 It’s finally happening. Last year, F1 2017 proved classic F1 cars add something extra to the franchise. Whether it be the McLaren MP4/4 or the Renault R26, last year’s game catered to long-time viewers of the sport.

It’s natural then that F1 2018 would expand on the feature. Not only will last year’s classic cars return, but we’re in for new additions to the roster as well. The first two confirmed are none other than the 2003 Williams FW25 and 2009 Brawn GP-001.

Williams’ 2003 FW25 was an impressive machine for its time. Driven by the duo of Juan-Pablo Montoya and Ralf Schumacher, the FW25 was a strong contender in the early aughts. With four race wins between the two drivers, the FW25 secured podium position eight times in a row that season.

While JPM finished the season in third, the FW25 secured second in the constructors’ championship. There’s no denying Williams was a top-tier team. With a V10 engine onboard, this is sure to stir up nostalgia as it screams down straights at over 150mph. We can’t wait.

The Brawn GP-001 is perhaps one of the most impressive F1 cars in the sport’s history. Driven by Jenson Button and Rubens Barrichello, next to Mercedes the Brawn is the definition of dominant — funny then that a Mercedes engine powers it.

Button outright won six of the first seven races in 2009. Between the two drivers, it secured eight wins — half of the season’s total races — and spurred on controversy. At the end of the season Button secured the drivers’ championship and the team won the constructors’ title. To date, Brawn remains the only team in F1 history with a 100% championship success rate. 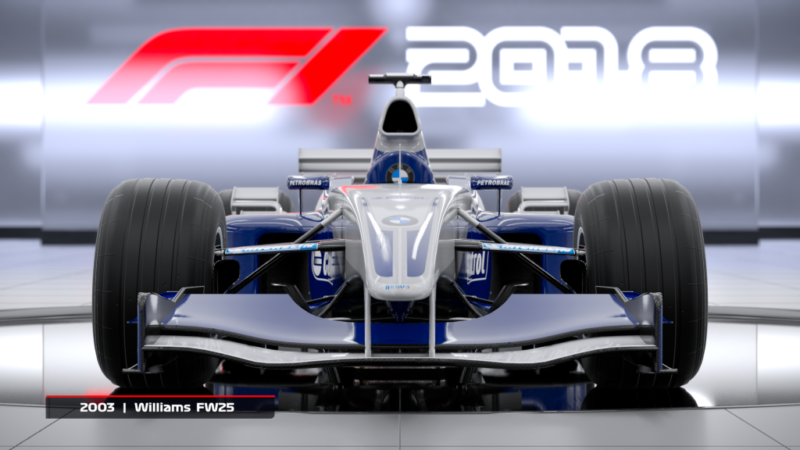 Both will feature in the Headline Edition of F1 2018, available for pre-order now. Like last year, this looks to be the day one edition of the game including both cars at no added cost. Of course, you’ll have the option of buying both as DLC at a later date should you choose to wait things out.

Expect to hear more on the game soon. F1 2018 releases on all platforms Friday, August 24.