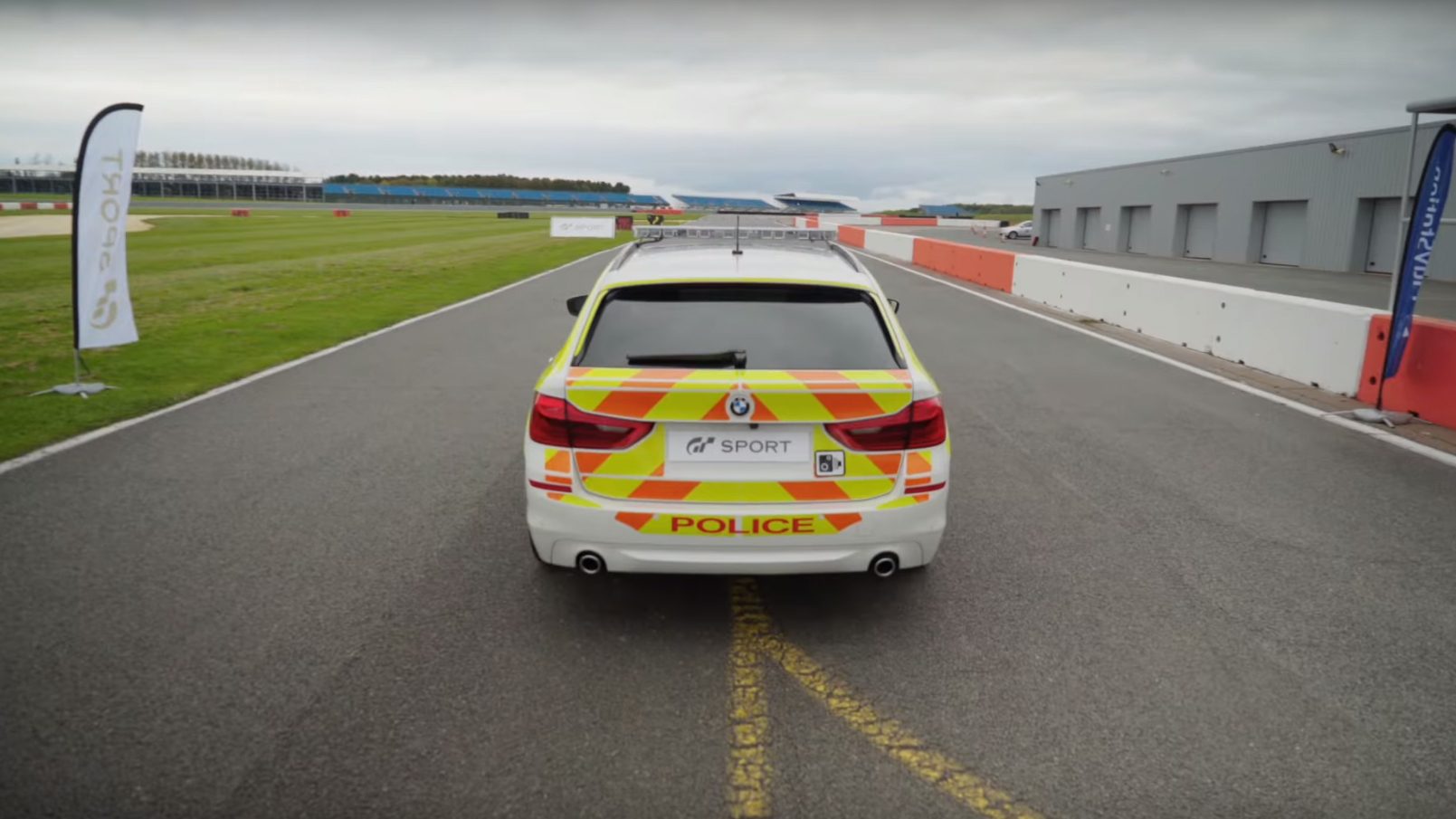 Gran Turismo’s credentials for training drivers are already well-established. Through the GT Academy program, the games have provided more than a few pretty handy drivers to motorsports teams on three continents.

But that’s on a race track. Can Gran Turismo help train drivers to be better on the road too?

The best road drivers in the UK are our pursuit and intercept trained police drivers. These frontline officers not only have to do the work of any other police officer, but be pretty handy with a steering wheel. They need to be, in order to keep tabs on drivers who just don’t want to stop, without causing any danger to the public themselves.

They have a pretty demanding training regime that sees the very best allowed to drive well in excess of double the national speed limit and carry out high-risk maneuvers known as TPAC — or Tactical Pursuit and Containment.

So what can Gran Turismo teach them, if anything? Lincolnshire Police took four of its response drivers to Silverstone to find out.

The quartet first set reference laps of the Stowe Circuit. Following this initial assessment, the instructors identified potential areas of weakness, and set them onto GT Sport to correct them. This even included a spell with the game’s VR function.

With any shortcomings in their technique addressed, the four drivers were sent out again for a few more laps to find out if they had improved at all. You can see how Lincolnshire’s finest got on below:

Shaun West, assistant chief constable at Lincolnshire police, was impressed with the game as a learning tool:

“There will never be a replacement for traditional training methods, but we are always looking for innovative ways to supplement the learning of our officers and staff.

“If Gran Turismo can help to train world-class racing drivers, then we were keen to explore whether it could offer anything to our officers and help expand the way we think about evolving and refreshing our training methods.”

But does improving laptimes with training in a racing game actually help police drivers on the road? We spoke to Reg Local — he’s a former police driving instructor, currently a driving coach and advanced driving examiner, and author of the best-selling book “How Not to Crash“.

“Track driving is very different from operational police driving. Police drivers need to provide a constant dynamic risk assessment: physical roadside hazards; road conditions; unpredictable road users; a radio nagging in their ear the whole time. You only get one go on the road in real life, and the police have to get it right first time, every time.”

“There are some similarities. With the best competition drivers, the driving doesn’t take up much of their mental capacity, so they have loads left to think tactically about the race. The best road drivers are the same – the actual driving should be second nature, so they have more spare capacity to deal with everything else that’s happening.”

“Having said that, I honestly think there is a place for something like Gran Turismo in police driver training. The game gives a very good simulation of on-limit – and over-the-limit – handling. Skid training is expensive and time consuming, and police students could easily be taught the basics of understeer, oversteer, split-surface braking, ABS, traction control and stability control using a GT-style game or simulator.”

“And a simulator could be an ideal way to test a police driver’s emotional reactions to driving under pressure in a safe environment. It would never be a complete replacement for on-road training in live traffic, but it could definitely be used to supplement police driver training.”

Never mind getting a racing license through Gran Turismo, pretty soon it might be a requirement to have an S-level Driver Rating in GT Sport to be a police driver…