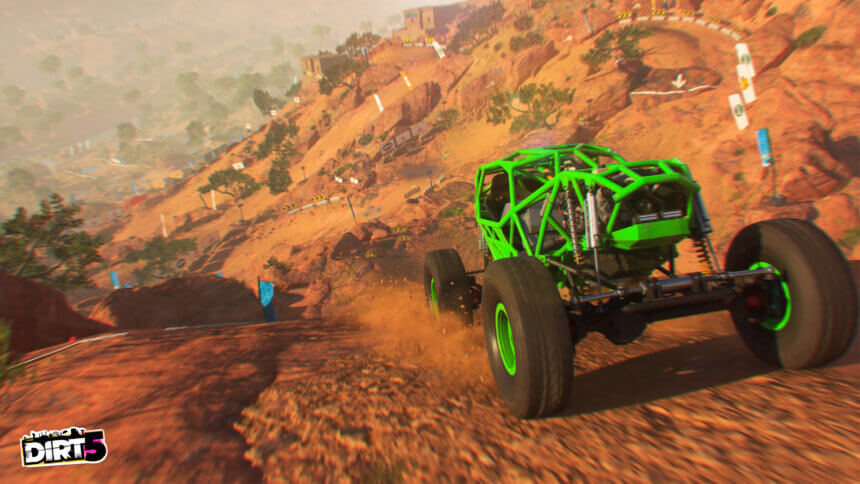 Codemasters has shown off some DIRT 5 gameplay for the first time in a new clip featuring some of the new content you’ll find in the game.

We’ve heard plenty about the new off-road racer over the last few months. Along with the new career mode that sees you pitch up as a promising youngster to the mud-plugging scene and land in a bitter rivalry between two big-name racers, we’ve also had a look at some of the cars (and buggies, and trucks) you’ll be racing. Earlier in the month we also saw where you’ll be driving, with 70 different courses at ten themed locations worldwide.

What we haven’t seen until now is an official clip of the cars in action. Although still a work in progress, that’s what Codemasters has dished up, with a 4K clip showing off some of the new content.

This first official gameplay video features the Rock Bouncer class of cars. The Bouncers are essentially a spaceframe cage with the driver suspended somewhere inside. There’s a giant engine up in the nose — and the one in this clip is a V8 — along with equally massive tires, mounted to some suspension with pretty extreme articulation.

That’s all necessary as this type of vehicle is made for steep climbs and some rather unpleasant drops, as it clambers up a mountainside. They feature in the Path Finder race class, which has you clawing your way up a hill following a sort-of set route — there’s arrows painted on the rocks to help you — but with some freedom between the required gates.

It’s hard to tell which of the locations this particular event uses, but to us the scenery, surface, and what appear to be argan trees make it look like the Morocco setting. The clip also features the celebrity commentators from Donut Media: James Pumphrey and Nolan Sykes. They’ll provide regular commentary on how you’re doing and the DIRT 5 scene in general with an in-game podcast.

There are some elements missing from the clip, such as the HUD, but nonetheless it shows off the driving with a little bit of third-person view and a lot of bumper-cam: