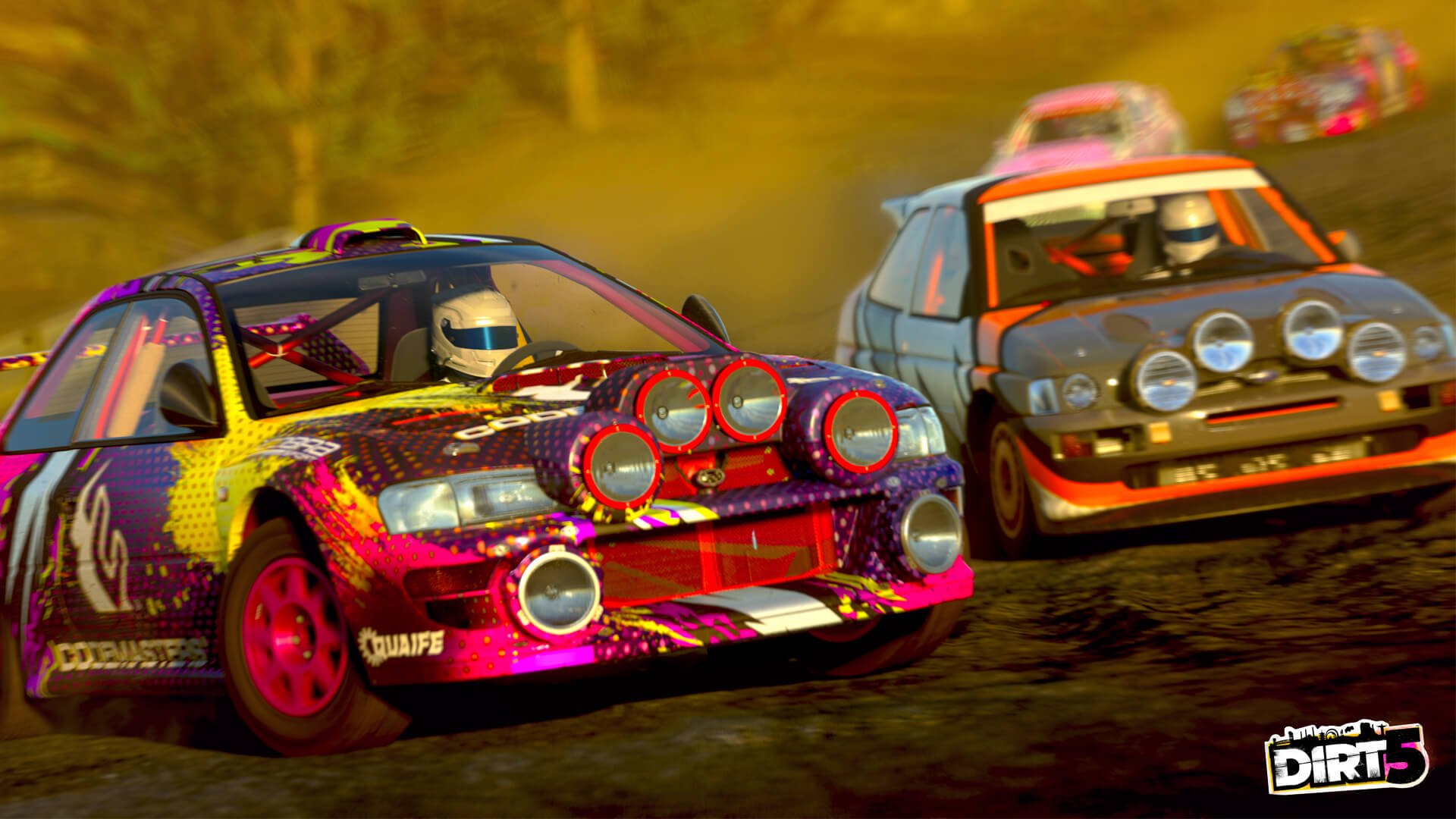 We’re still a little way out from DIRT 5’s launch date in October, but the Codemasters team is still revealing details about the off-road racing title as we build up towards that window.

In recent weeks we’ve heard more about the career mode in the game, and the story behind it. The player will pick up the role of an unknown novice to the scene, and find themselves in the middle of a rivalry between characters voiced by renowned voice artists Nolan North and Troy Baker. It’s all set in the back drop of a mad world of off-road racing.

Of course the story is nothing without some cars to drive, and Codemasters has now unveiled some of the car categories you’ll be racing in. There’s 13 different classes of car in the game, and the list of car groups sounds like a pretty wide celebration of all things dirty. 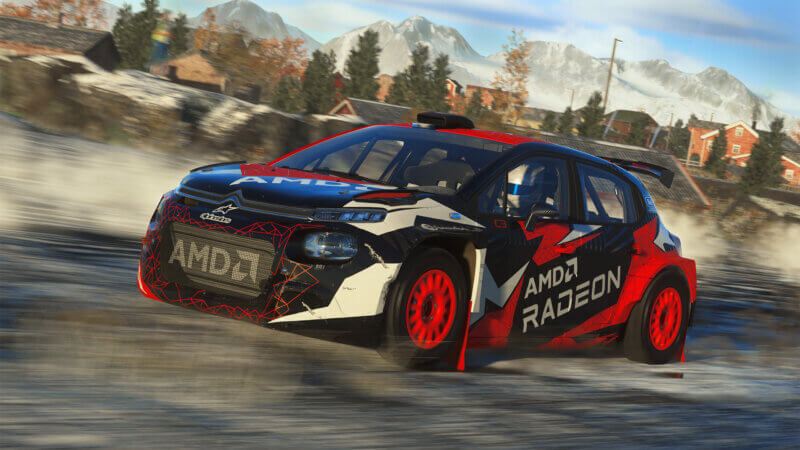 Naturally the car that springs to mind most readily is the one best-represented in the categories. When you think of rally, chances are you’ll think of World Rally cars: high performance machines based in road-going bodies, sometimes even homologated for road use. There’s six different categories of these rally cars in DIRT 5, covering four generations.

Classic Rally brings cars like the FIAT 131 Abarth, with 80s Rally adding cars such as the Ford RS200 from one of the most iconic eras of WRC: Group B. The 90s Rally category will see the Subaru Impreza and Mitsubishi Lancer Evo resume their own rivalry, while Modern Rally will add machines like the Citroen C3 you can see above.

You’ll also find Rally Cross cars. This relatively recent addition to the motorsport world features cars similar to World Rally machines, running compact, mixed-surface races head-to-head rather than against the clock. The Peugeot 208 WRX will feature in this class. One last road car-oriented rally class is the Rally GT cars, which include the Porsche 911 R-GT and Aston Martin Vantage.

Fans of events like the Dakar Rally should be familiar with the Cross Raid class. These are large, purpose-built spaceframe chassis with silhouette bodies commonly resembling modern SUVs. The Volkswagen Touareg, which won Dakar in 2011, fits into this group, as does the Laffite G-Tec X-Road. That was only unveiled in January and makes its gaming debut in DIRT 5. 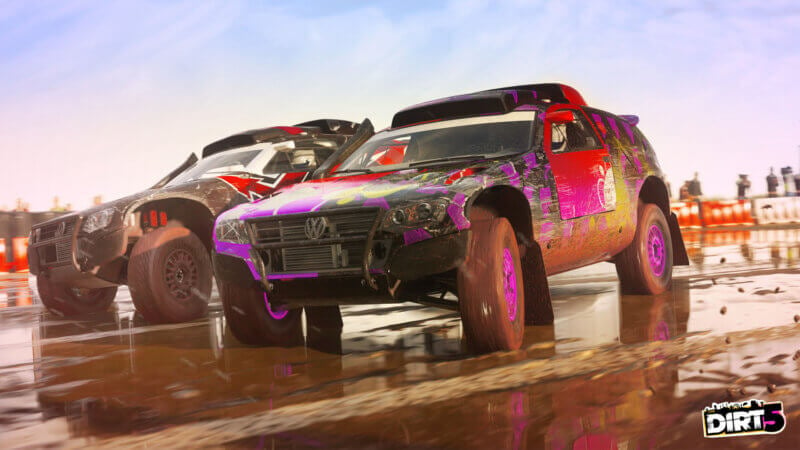 After that, the classes become rather esoteric. Sprint Cars — insane buggies with huge wings and huge engines — have a role to play, carving up dirt ovals. There’s also Super Lites, which include things like the Ariel Nomad and Exomotive Exocet.

Probably the wildest category is Formula Off Road. This class, pioneered in Iceland, has become known for some pretty mad exploits. The massively overpowered trucks can drive across lakes, or up vertical cliff faces, all while trying to navigate a predefined course.

The Pre-Runner class is based around custom road-going SUVs and pickups, but they bear only a passing resemblance to their original shape. Owners commonly fit these trucks with huge suspension lifts, giant wheels and tires, and bash plates, and often strip them back to basics. DIRT 5’s Pre-Runner class will include the Aston Martin DBX which should look… interesting. 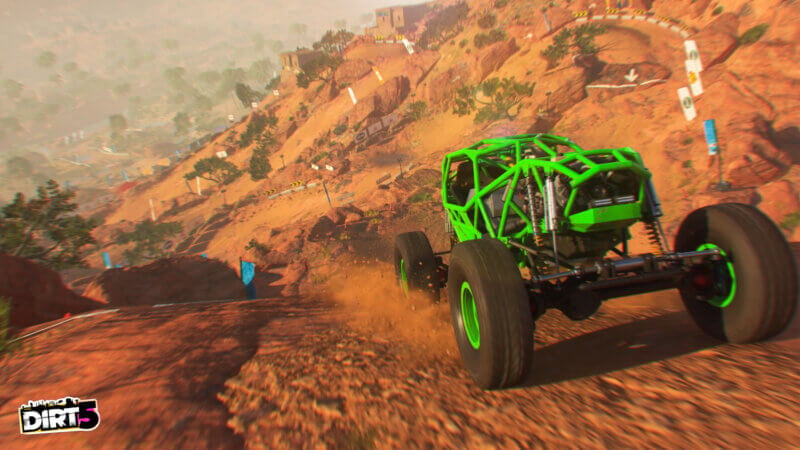 Two final classes cover some of the oddest off-road machines. The Unlimited class is like Cross Raid taken just too far. Unlimited machines include Trophy Trucks, which are a custom racing tube chassis with a fiberglass pick up body on top. They feature huge engines, and enormous suspension travel — even the driver’s seat has its own suspension.

Lastly there’s the Rock Bouncer class, which is about as minimal as you can get. They consist of some enormous wheels and an engine strapped to a space frame, and pretty much nothing else.

Codemasters isn’t quite ready yet to reveal a full car list, but you can expect quite a few choices in each of the categories. Stuart Boyd, producer on DIRT 5, comments:

“Variety is a massive part of our vision for DIRT 5, and we’ve made sure that this is represented in the game’s car classes and car roster. One moment, you’re tackling the most challenging terrain in a huge rock bouncer; the next, you’re blasting through a multi-surface circuit race with rallycross cars heavy on speed and grip; and then you’re carving a path through jungle-like routes with lively buggies and unlimited trucks.

“Of course, alongside those new vehicles and classes, we had to bring in some iconic off-road cars that no DIRT game would be complete without. The style, vibe and features of DIRT 5 mean that you can take those legendary cars and race them in a totally new experience. You may’ve been behind the wheel of some of these beasts before – but not in a game like DIRT 5.”