PlayStation VR users rejoice, as Codemasters has announced that the highly-rated DiRT Rally will support PS VR in the coming weeks. The upgrade will be available as DLC to download from the PlayStation Store if you have the game, and it will also be available at retail, with a new physical version of the game complete with the VR add-on.

Codemasters has also announced an additional feature, allowing a second player to take on the role of the co-driver. Using the social screen to understand when to send calls to the driver, the second player can subsequently give instructions via the DUALSHOCK 4 buttons and touch pad.

DiRT Rally becomes the second racing game on the PS4 to support PS VR after Evolution Studios released it’s own standalone game Driveclub VR (read our review here). It will be interesting to see if DiRT Rally suffers a visual downgrade like Driveclub, in order to nail a locked a framerate — though the original game already runs a solid 60 FPS, unlike Driveclub — and if the DLC will be paid or free. 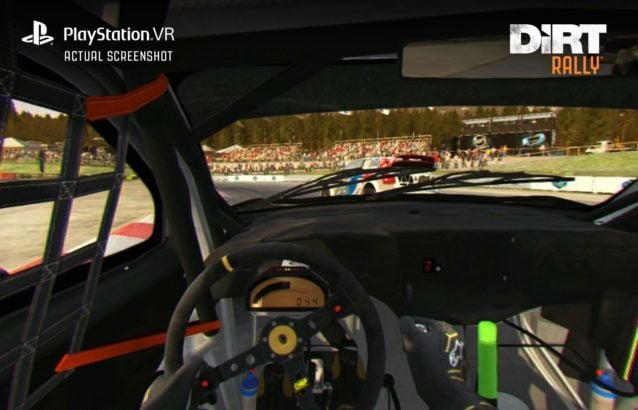 DiRT Rally won’t be the only racing in game in 2017 to support VR, as Polyphony Digital has already confirmed its plans for Gran Turismo Sport to support VR from day one.

Of course, PC players have been able to tackle the various stages of the game with VR for the last six months, after a massive update enabled Oculus Rift support last July.

Will this entice you to purchase PS VR? if you already have the device, is DiRT Rally VR something you would be interested in? let us know.