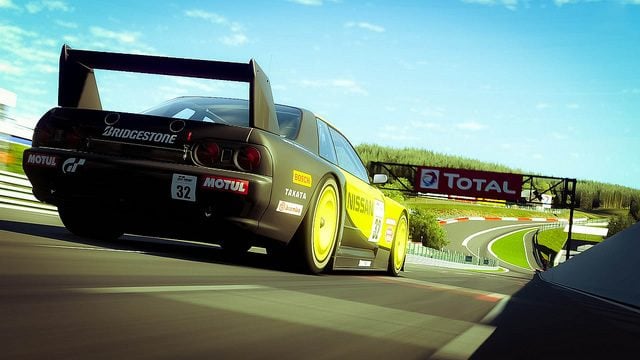 Following the community reaction to some of the intricacies of the downloadable content released earlier in the week (or next week for North America), Kazunori Yamauchi has been busy working on solutions and responding to complaints via Twitter. The latest of these includes a nod to the present, one-off nature of the car pack:

We’re planning an another update for GT5 in December. In that update users who purchased cars and tracks from the DLC already, can receive a free “family upgrade” in the PS Store, which will let all users in the same PS console use the DLC.

People who bought the DLC cars will have those cars added to the dealers in the December update.

After this December update you can purchase a second car and so on from the dealer.

This comes as great news to gamers who’ve bought the car pack but who have been reticent to drive the cars for fear of wearing them out and for those unable to buy the DLC packs for their primary Gran Turismo gaming accounts (or their children’s accounts).

Following on from these Tweets, Yamauchi also provided a tantalising teaser (and a small caution) to those gamers who have already purchased the DLC packs:

Next, don’t get your hopes up too high, but PDI is also readying a X-mas present for those who’ve already bought multiple DLCs.

Quite what form the “present” will take, or what “multiple” means isn’t clear, but we have two months to speculate. Thanks to homeforsummer for the tip-off!

Gran Turismo 5 DLCKazunori YamauchiTwitter
The original comments for this post are no longer available.
Can You Beat the Impossible Gran Turismo Quiz?

Gran Turismo Sport 540 Jan 20 by Andrew Evans
Keeping it on the island will be the key to this week’s three GT Sport Daily Races. The new set of events all pose a similar challenge, whereby a loss…

Gran Turismo Sport 540 Jan 13 by Andrew Evans
There’s a certain sibilance surrounding the circuits in this week’s set of Sport Mode sprints. The new selection of three races features some friends from right back when GT Sport…