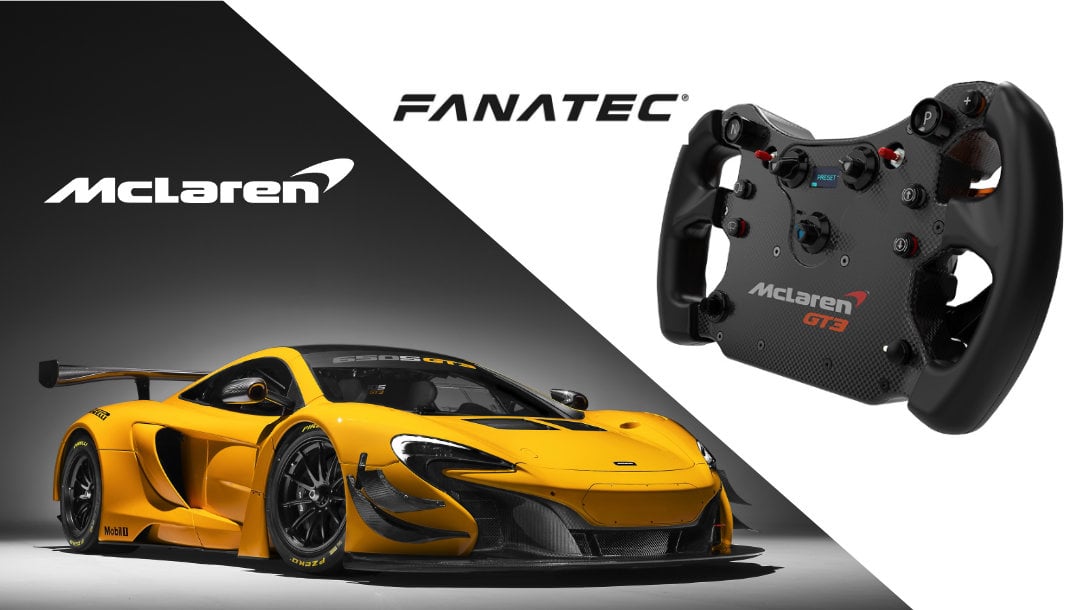 Fanatec teased a new product announcement when it revealed its Black Friday 2017 deals last week. Now, we know what that product is: the new CSL Elite McLaren GT3 steering wheel. 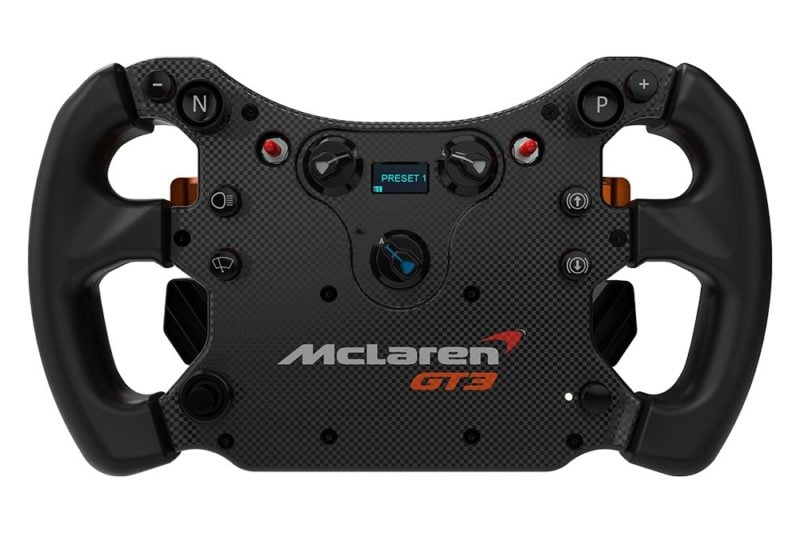 Notable features include a second set of paddles, which Fanatec is referring to as their “dual-clutch system”. The function of the paddles can be modified using a knob on the wheel, with four different modes available: 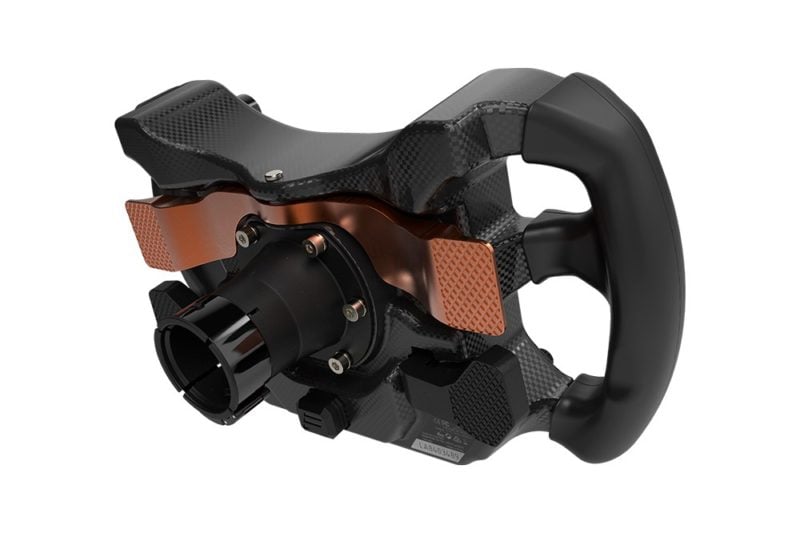 The wheel also makes use of Fanatec’s new Quick Release mechanism, so it can be quickly swapped out with other hardware from the company’s ecosystem. It also features a 1” OLED display to provide “evolved Fanatec tuning menu functionality”.

This all comes in a package which Fanatec claims is its lightest wheel to date, weighing in at just 942 grams. The wheel is officially licensed for the Xbox One, and when paired with a PS4-compatible base like the Fanatec CSL Elite, it can be used on all of today’s major platforms (Xbox One, PS4, and PC).

The Fanatec McLaren GT3 wheel is priced at $169.95 in the United States and €179.95 in Europe (check your local Fanatec site for more detailed pricing).

If you want one, though, you need to hurry: the wheel is only available for pre-order until Tuesday, November 28 at 08:00 UTC/GMT. After this pre-order window is closed, you won’t be able to reserve the wheel again until it goes on sale in February 2018. It could get more expensive, too. In a Facebook comment, the company has suggested the price could increase due to strong demand.

Click here to reserve your pre-order, and be sure to check out Fanatec’s other Black Friday deals that will only last for a few more hours. Of course, Fanatec isn’t the only company in the genre that’s offering heavy discounts this time of year: have a look at all of our Black Friday 2017 coverage to make sure you didn’t miss anything on your Christmas list.

428 Comments
Click here to see the related discussion our forums...