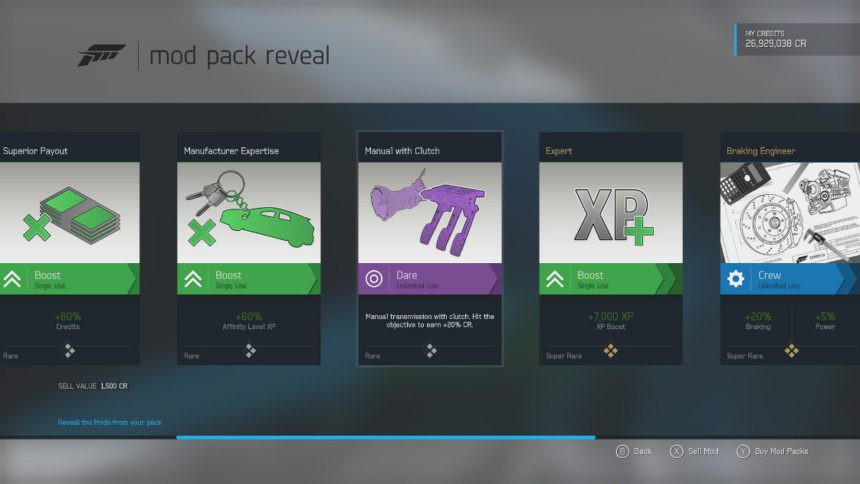 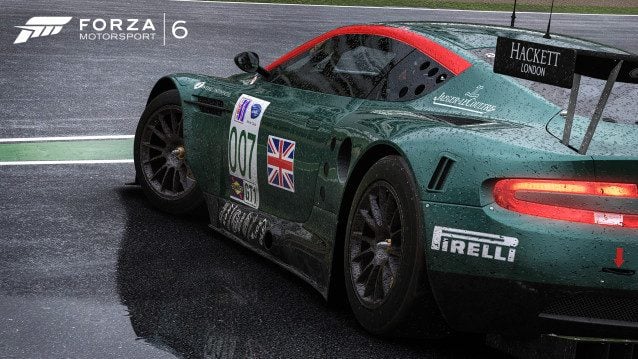 It’s exactly four weeks until Forza 6’s North American release date, and today Turn 10 has pulled the curtain back on some of its new features for the game. First – and least controversial – is the Prize Spin feature, as seen in Forza Horizon 2.

This system rewards players as they level up, but there are a few notable changes from the FH2 feature. Players are now able to see all available prizes for that spin, but once the A button is pressed, the grid freezes and the highlighted frame will move a few more times before settling on the gift. If a player already owns the car, they will be offered the credit equivalent. Just as in the open-world game, players have the choice of banking their spins until a later time. 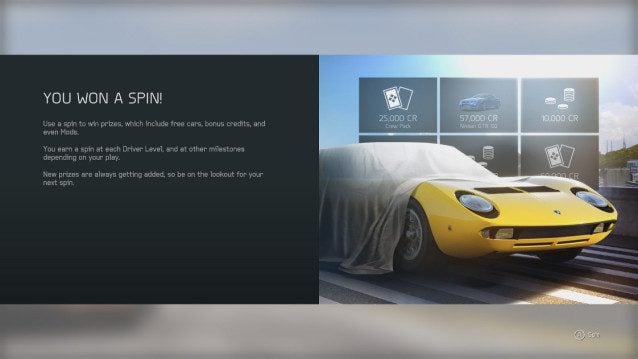 One feature that’s going to cause a lot more chatter on the forums though is the mysterious new “Mods” system, which the veil has been drawn back from today.

“Mods” are game modifiers – settings that the player can choose pre-race for either one-time benefits, or permanent – and should introduce a new layer of strategy into the Career and Free Play modes. Three slots are available, as well as three types of Mods: Dare, Crew, and Boost.

Dare Mods make your race more difficult, forcing you to start at the back of a 24-car grid, or to use manual with clutch, or even decreasing engine power. Complete the objective, though, and you’ll earn additional credits.

Crew Mods are performance perks, giving your car either extra power, less weight, more grip, or more braking power (or even some combination of the four). There is no credit bonus tied to Crew Mods, and like Dare Mods, they are unlimited use.

Boost Mods are one-time affairs, focusing on in-race events. Some examples that Turn 10 highlight are Pristine Drafting (Earn 3,000 credits for Perfect Drafts up to 18,000 credits), Ghost (Your car has no collisions for the first lap of this race), and Superior Payout (Earn +60% credits for a single race). 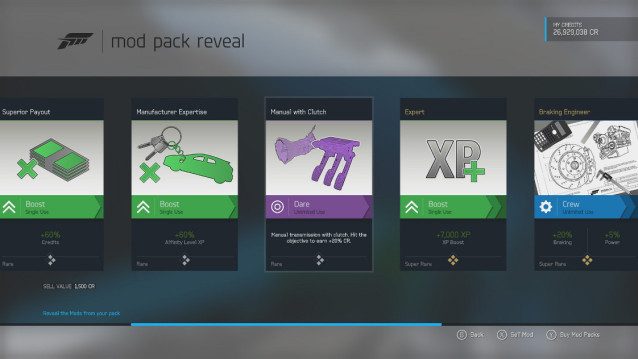 With three Mod slots available, players can mix and match their Mods, with two exceptions: both the Dare and Crew types are limited to one active at a time. A player may therefore have one of each type, a Dare/Crew mod plus two Boost mods, or even all three of the latter.

Many sources have likened this system to Halo 4’s Skulls system, but in case readers of this Playstation-themed driving game site are unfamiliar with an XBox exclusive first-person shooter, a more familiar comparison would be Gran Turismo 4. A-Spec points in that game were handed out based on how much the player handicapped themselves in a race, and the Dare Mods certainly follow this. Dares are, in many ways, an extension of the assists already in the Forza series as players already get credit bonuses for things like removing traction control or using the clutch, so these Mods simply increase these bonuses. A mod that forces clutch use will indeed stack on the credit bonus that normally entails. Forza Horizon 2 has a similar “Perks” system as well, awarding players with things like parts (or even full car) discounts, XP boosts, and other gameplay enhancements.

Those of a more realistic mindset – especially those who would deem themselves competitive – may take issue with this new Mod system, but rest easy as they will not be available in any Online mode, nor Rivals, nor Forza’s new Leagues setup. In addition, any lap times set with any Mod activated will automatically be labelled as “dirty” on Forza 6’s global Leaderboards.

What are your thoughts on this new feature? Will it draw casuals into using fewer assists on the promise of increased payouts? Let us know in the comments, or in our dedicated Forza Motorsport 6 forum.

Share
Tweet
The original comments for this post are no longer available.
GT Sport Circuits Quiz: Can You Spot the DLC Track From These Detail Shots?