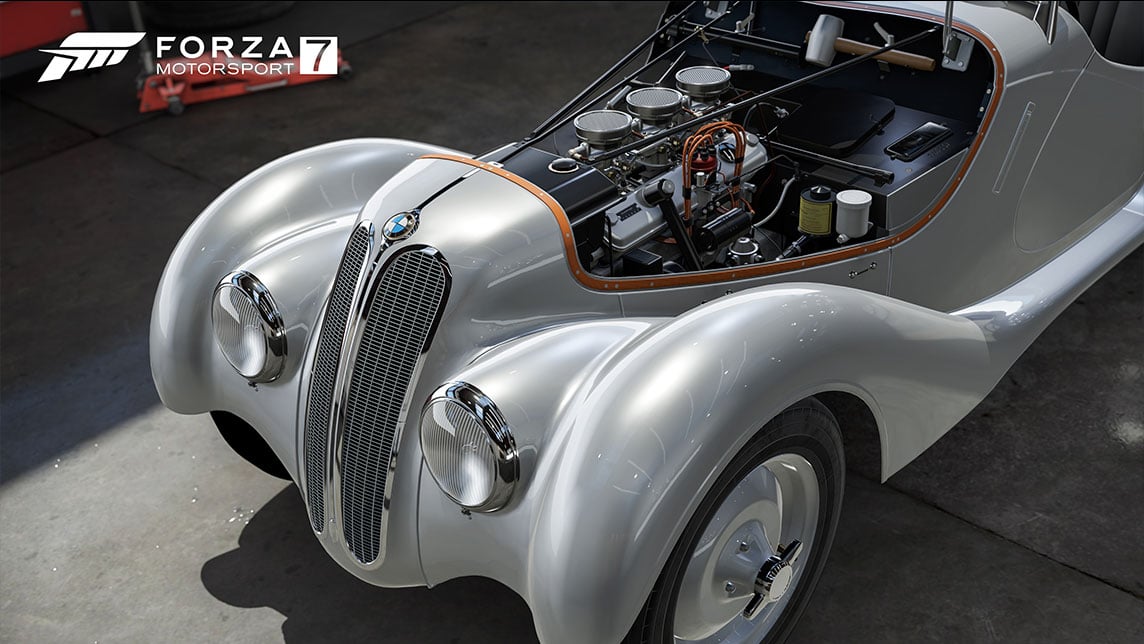 You can check out the creative trailer down below. It doesn’t show all the cars that are part of the new pack, so we’ve listed ’em, in order of age:

In addition to the seven new cars, an update will be going live today for the game as well. We already detailed the return of Leagues, and a few other fixes are incoming. One of the noted changes from Turn 10 is the increase in custom race length. Players now have the option of creating a race up to 1000 laps in length, or a full 24 hours for timed events. Cue those endurance races…

With three off-roaders added to the game, we can’t help but wonder what Turn 10’s long-term plan is here. A rally/dirt expansion? It’d certainly give these big-boned bruisers — and the rallycross cars — something a bit more suitable to do. Though we’ll admit, we’re a little curious to see which sports car scalps we can claim with the Jeep and Porsche.

we’ll be going into a little more detail about the cars down there too. The Doritos Car Pack will be available on the Xbox Store for the usual $6.99, and is part of the Car Pass.

The oldest car to ever grace the Forza franchise is also one of the most successful race cars in history. Ettore’s Type 35 won the Targa Florio for five consecutive years, and ended its career with over 1000 wins to its name. It features a tiny 2.0-liter straight-eight under that long nose, and tires as narrow as your chances of owning a Chiron.

Is this the prettiest car in the pack? We’d certainly entertain the argument. The 328 was also a racing contender in its time, with wins at Le Mans, the RAC Rally, and Mille Miglia. Under hood is BMW’s calling card: a smooth straight-six. In the lightweight 328, it produces 80hp. Expect it to be a giant killer.

The 150 is a tale of duality. On one hand, it was meant to be an all-work, no-play sort of model. The hint is in the name: the “utility” was for travelling salesmen, so the car was shorn of any luxuries to keep it cheap and free up interior space. But this factory weight reduction made it a prized model for hot rodders, especially with the 180hp Chevy small block underhood. We’ve already seen a version of it in the Hoonigan car pack — now we can build our own. 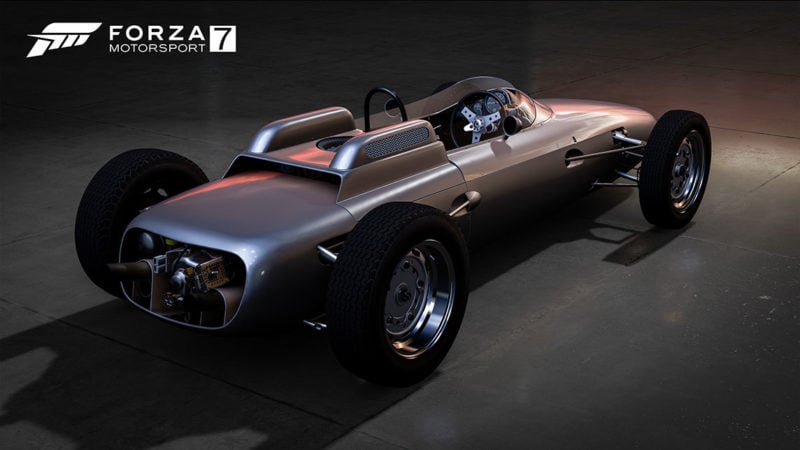 Porsche in F1? For one year back in the ’60s, that was indeed a thing, with this, the 804. With no less than Dan Gurney sandwiched between the wheel and a flat-eight engine, the 804 locked in a win at Rouen during the 1962 French Grand Prix. With that, Porsche had its first — and, at least for now, only — constructors win in the top tier of motorsports. Now, players can relive that from the safety of a sim.

The Safari has what’s probably one of the most suitable names in the automotive world. Nissan’s go-anywhere SUV has been built in some form for almost 70 years. It’s more than a bit of an odd choice for a Motorsport debut, but we’re sure it’ll find a lot of fans if/when Horizon 4 comes along (if Playground Games’ new IP doesn’t interfere, anyway). Nonetheless, it could be fun to turn the Safari into one of FM7’s most unlikely autocross rides…

Put yourself in Fiat Chrysler’s shoes. You have a 707hp V8 that’s been making headlines for a few years. What do you do after it’s gone in a big coupe and a sedan? SUVs and crossovers are everywhere, so you stick it in the de facto leader of your off-road division. The Trackhawk is a Hellcat-powered uber-SUV with a heavy emphasis on that first letter. It should make for some entertaining comparisons to more traditional sports cars — and we can’t wait until the inevitable Pacifica Hellcat. C’mon, SRT. 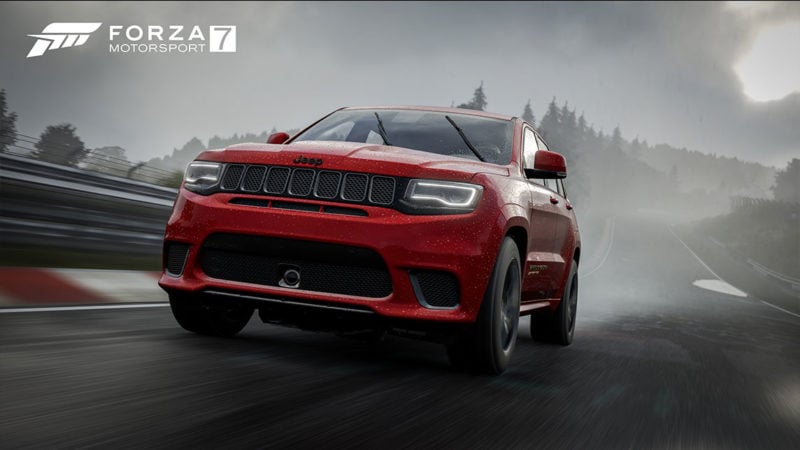 It’s strange to think the Cayenne is already on its third generation. Okay, when Porsche first unveiled it, you could barely tell it was all-new. But the big crossover is now an established part of the mega-powered SUV market, and the new Turbo may be the best of the breed. It’s still a big beast of a car, but it weighs over 300lb less than the last one. It also has 550hp from a turbo V8. This is a vehicle you can carry four of your friends in with you, and click off sub-four second 0-60mph runs (though probably not at the same time). Ladies and gentlemen, progress.