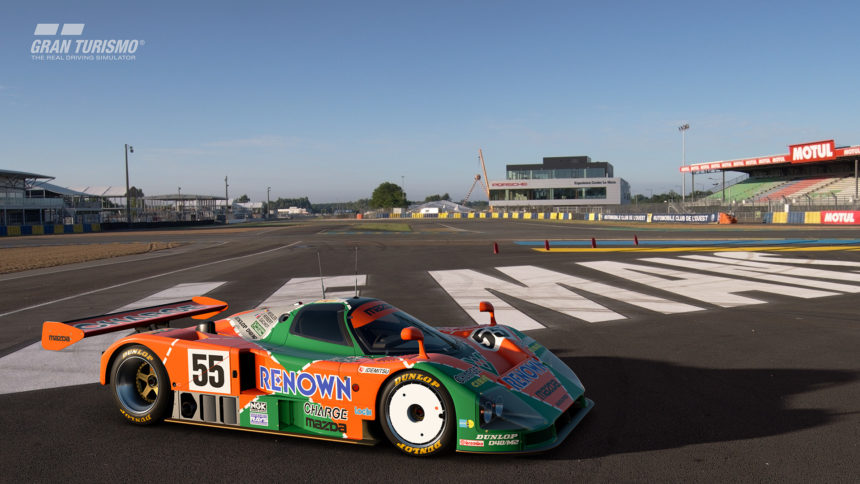 Japanese brand Mazda is set to be the latest car manufacturer to join forces with Gran Turismo Sport.

A video posted on the official Gran Turismo YouTube channel ahead of the action at the World Finals in Monaco this weekend has revealed the Mazda partnership. Titled “Mazda Trackside Talk”, the presentation takes place before the Manufacturer Series final — ironically a competition that Mazda has never qualified for — on Saturday, November 23. The video description gives some further insight into what the partnership will entail. It reads:

A talk session featuring Julien Montousse, Senior Director of Design at Mazda North America and ‘Gran Turismo’ Series Producer Kazunori Yamauchi. We will unveil a sketch of the MAZDA RX-VISION GT3 CONCEPT due to appear at the FIA GT Championships from 2020.

Along with YouTube, both the official Gran Turismo site and Kazunori Yamauchi have since corroborated this information:

News of a new GT3-class car — referred to in the game as Gr.3 — for GT Sport will come as welcome news to the game’s fans. From the description it seems that the car will use the spectacular RX-Vision, a svelte coupe that Mazda revealed in 2015, as a basis. The front-engine, rear-wheel drive coupe uses a new generation of rotary engine, called SkyActiv-R, which should provide a fascinating alternative to piston-engined cars in the class.

Of course Mazda is renowned as the rotary engine expert worldwide. The brand was, until recently, the only Japanese car manufacturer to win Le Mans when the 787B took the checkered flag in 1991. It remains the only non-piston-engined car ever to win the race, and that’s likely to remain the case until the sport abandons combustion engines altogether.

Mazda will be the third automotive brand to forge such a partnership with GT Sport, following Toyota in February and Porsche in August. We have seen new and exclusive cars from both brands making their way to the game as a result, so we have high hopes for Mazda too. Mazda 3 TCR, anyone?

The livestream starts at 1400 UTC on Saturday, and we’ll bring you all the details from live on the ground at Monaco.