The last stage of GT Academy 2013’s Racer X competition is about to take place at Sony’s booth inside E3, and it’s being streamed live on their Ustream channel. 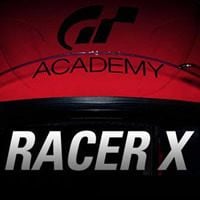 For the past two days, members of the public have been lining up outside the Los Angeles Convention Center to give GT6 at try and set a hot lap on the Silverstone National Circuit in a tuned Nissan 370Z.

Now, the four fastest contestants from the week are taking place in one last competition, to determine who will ultimately become “Racer X” and score a direct ticket to the United States’ GT Academy 2013 National Finals.

The top 4 drivers are:

UPDATE: After some good battles, Armen Aghakhan won the competition and is Racer X! GT Academy 2013 will be available to the rest of us in North America on July 2, 2013.

E3 2013GT Academy 2013Racer X
The original comments for this post are no longer available.
Test Your Badge Knowledge With Our Car Logo Quiz

Gran Turismo 7 116 Jun 11 by Andrew Evans
It’s hard to believe, but it’s now a full calendar year since Sony opened up its Future of Gaming event with the full reveal of Gran Turismo 7. With 12…

Gran Turismo 7 1052 Jun 8 by Andrew Evans
In case you missed the major news of last week, it appears that there’s a very real possibility that 2022’s Gran Turismo 7 will release on PlayStation 4 as well…