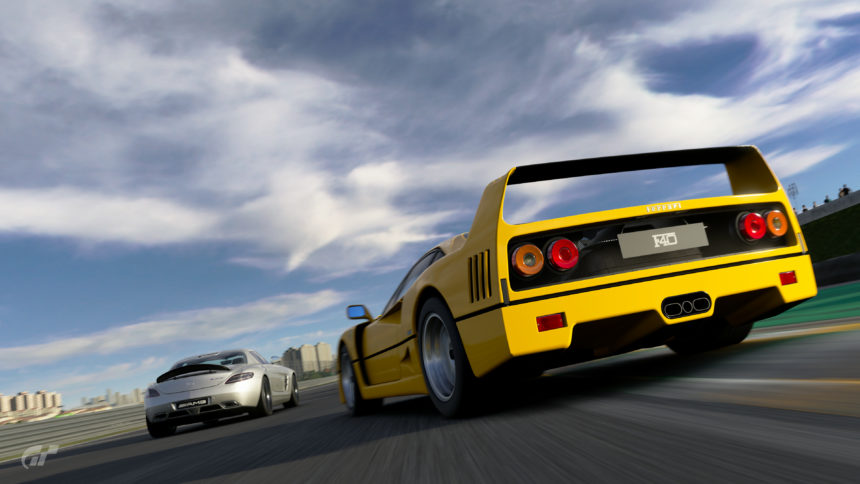 Now that we’ve eaten just about all the Christmas treats we can manage, we’re back with another round of GT Sport test drives.

Last time, we drove the two genuinely new-to-GT vehicles: the CHC Nova and Ford F-150 Raptor. With those out of the way, we’re looking at some of the returning faces. It’s a varied trio, featuring a small warm hatch, a peak ’90s JDM sports car, and the definitive Italian supercar. Let’s hop to it.

The Swift is a bit of a dark horse ’round the GTPlanet offices. We like it, but it always seems to be overshadowed by other, shoutier hatches. It’s a sweet steer in GT Sport, feeling very neutral through corners. Sure, it won’t win any drag races, but that’s not really the point of it.

For this shakedown, we took the Swift to Suzuka’s East layout. The little Suzuki feels right at home on the constant S-bends, darting from side to side with minimum fuss. As a potential starting point for many players’ run through the new GT League, you could make far worse choices. Who’s going to start up a one-make series?

Just look at it. The RX-7’s basic design is now over 25 years old, but it’s aged supremely well.

Of course, the looks are only part of the Mazda’s charm. That tiny little rotary engine — nuzzled way back in the nose — gives it excellent reflexes. In a world of +3500lb hatchbacks, its also commendably light. That’s certainly what helps it make short work of the competition in our test race at Lago Maggiore.

Modern cars have also shifted our expectations. The RX-7 ended production a decade and a half ago, and its tires aren’t terribly wide. What we’re trying to say, is that it will easily get sideways if you want it to.

Sliding is fairly progressive, however. The RX-7 will hang the tail out, but it’ll give you plenty of warning. And we’re not just talking about the shift alarm that sounds once the needle swings past 8000rpm — as delightful as it may be that Polyphony saw fit to add it.

We wrap up this installment with the star of millions of bedroom posters. The F40 turned 30 this year, and it’s just as wild as ever in GT Sport.

To really highlight the last car Enzo signed off on, we’ve swapped the angles around here. The main image is the in-car view, to better show off that signature V8 howl. The F40 doesn’t just sound like it wants to kill the competition — it sounds like it’d enjoy it.

Contrary to that angry noise coming from behind the driver’s head, the F40 is actually quite tame to drive. Yes, it wags its tail sideways as the rear tires struggle with the great mountains of turbocharged torque the V8 throws at them. But arguably more so than the RX-7, the F40 telegraphs this madness to the driver.

The biggest giveaway about the F40’s age is its gearing. First stretches well into highway territory, but that’s an awkward range for the corners of Interlagos. Second drops it out of its sweet spot on the slower corners, but first only gives a handful of mph before you need to shift up.

Gran Turismo Sport 609 Sep 21 by Andrew Evans
You’ll get a rare chance to test out your oval racing skills in this week’s GT Sport Daily Races, with a new set of three events. Our headline event comes…

Gran Turismo Sport 609 Sep 14 by Andrew Evans
This week’s GT Sport Daily Races, have an unusual twist with two events where the car is provided to you — and in both cases it’s a pick and mix,…

Gran Turismo Sport 609 Sep 7 by Andrew Evans
There’s no taking things slowly in this week’s GT Sport Daily Races, as all three events put you in race cars. Race A sees a return of the front-wheel drive…