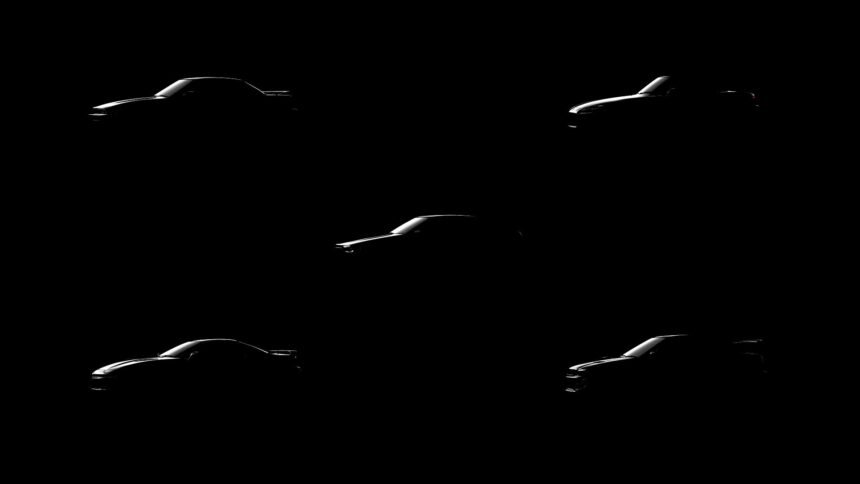 With just a handful of days to go until the next round of the GT Sport FIA Certified Online Championships World Tour, series producer Kazunori Yamauchi has confirmed the next content update is on its way.

Polyphony Digital does tend to preview new content at World Tour events. There’s been a grand debut for new tracks, cars, and features at these events in the past, and it seems New York will be no different.

Confirmation of the next update is by its usual source: a tweet from Yamauchi himself. It’s a return of the mystery silhouette, showing disguised versions of the cars that’ll make their way to the game next week:

With none of the leaks of previous updates, this month’s update is a bit more of a guessing game. We can clearly see the shape of the Honda S2000 up in the top-right corner, and a first-generation Mitsubishi GTO — also known as the 3000GT — opposite it in the bottom-left.

Opinions are divided on the remaining cars. The car over in the bottom-right seems to be a first generation Impreza WRX. We already have the 22B model from a previous update, so this may be another hot GC8 chassis (which will please one of Europe’s top GT Sport players). Given the lack of a prominent hood scoop, it could also be a 1998 or earlier rally car. Top-left strongly resembles an S13 Nissan Silvia, while the car in the center remains a mystery for now.

The New York event also seems likely to give a first look at a new circuit. This could follow in the same update. As for other features, we’re still waiting on rain, as seen in the Nurburgring event back in June, but there’s no indication of when this will actually arrive.

We’ll bring you more information on this update as we get it — but keeping a close eye on GTPlanet during this weekend’s events will certainly help get the inside track!

GT Sport Game Updates
1148 Comments Discuss this post in our forums...
Test Your Badge Knowledge With Our Car Logo Quiz