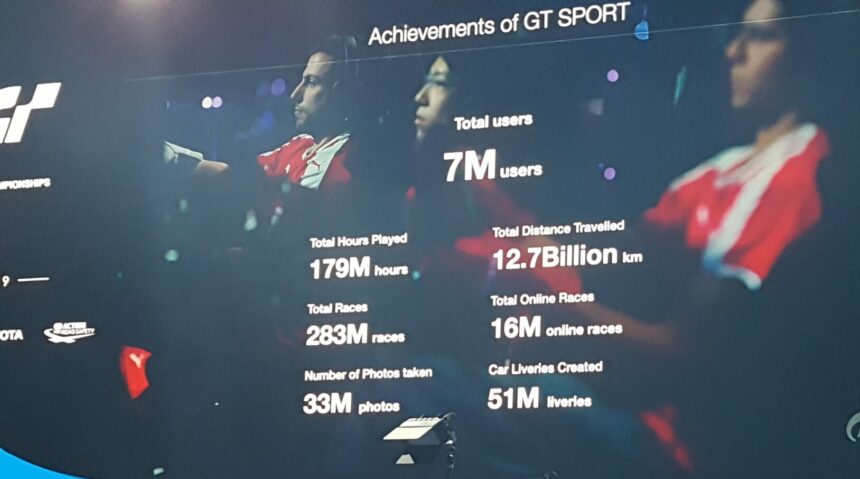 As part of the presentation at this weekend’s GT Sport World Tour event in Paris, Kazunori Yamauchi has revealed some interesting numbers behind the game.

Confirming the numbers we’ve seen previously, Yamauchi revealed that the game has a total user count in excess of seven million. Around half that number — 3.5 million — take part in what’s termed “casual” (lobby) races.

The “competition” racers — those who’ve driven Daily Races in Sport Mode — come in at 1.5 million. For the most serious competition of all, the FIA-Certified Online Championship races, some 358,000 of us have tried our hand. 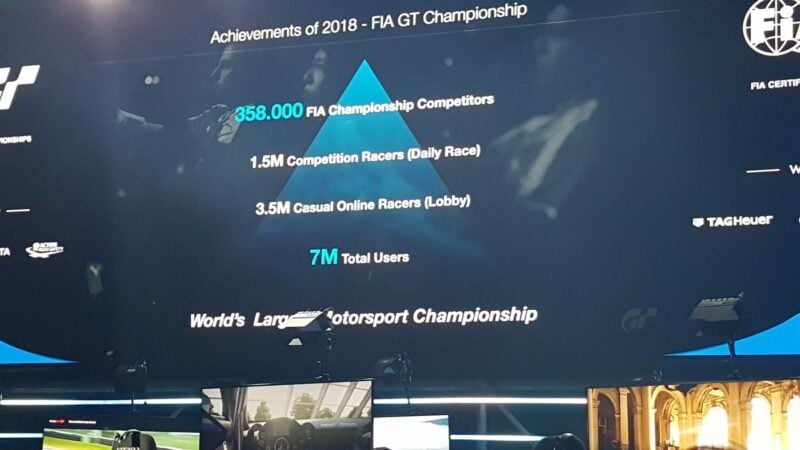 When it comes to play time, there’s some even more remarkable figures. GT Sport‘s players have accumulated 179 million hours, participating in 283 million races. That all adds up to an incredible 7.9 billion miles (12.7 billion km). That’s enough to drive from the Earth to the Sun and back 40 times over…

Yamauchi highlighted an unusual stat too. Although players have taken 33m photographs, they’ve created 51m liveries. As he comments, “taking a photograph takes a second, but making a livery takes a whole day if you’re doing it properly”. 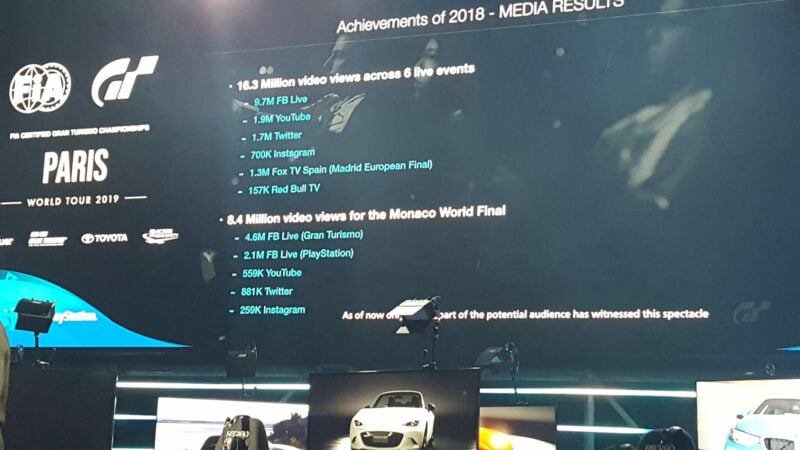 It’s not just the players getting mileage out of the game either. The viewer numbers for the FIA championships in 2018 make for some interesting reading.

Across the six live events last year, 16.3m viewers tuned in. This includes nearly 10m on Facebook Live and 2m on Youtube. Unsurprisingly, the biggest single event was the World Final which on its own accounted for more than half of those views at 8.4m.

FIA Online ChampionshipStatistics
35 Comments Discuss this post in our forums...
Test Your Badge Knowledge With Our Car Logo Quiz

Gran Turismo Sport 665 Jun 14 by Andrew Evans
The latest round of Gran Turismo Sport Daily Races has arrived and this week players will be heading to two of the world’s most famous racing circuits, and a staple…

Gran Turismo 7 163 Jun 11 by Andrew Evans
It’s hard to believe, but it’s now a full calendar year since Sony opened up its Future of Gaming event with the full reveal of Gran Turismo 7. With 12…

Gran Turismo 7 1126 Jun 8 by Andrew Evans
In case you missed the major news of last week, it appears that there’s a very real possibility that 2022’s Gran Turismo 7 will release on PlayStation 4 as well…