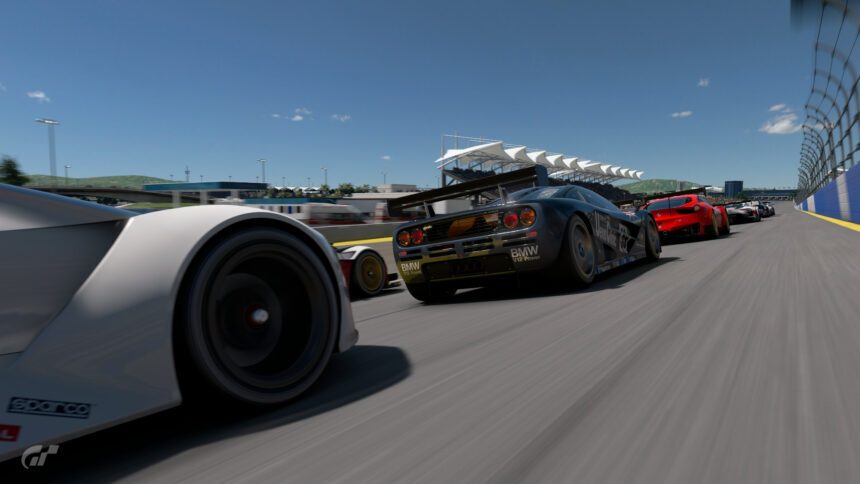 GT Sport Daily Races: Super Spa and the Return of the Oval

There’s a bit of a shake-up in this week’s GT Sport Daily Races, with some cars and tracks that rarely make an appearance.

This all starts right at Race A. There you’ll be driving the new FIAT 500 from the February content update. It’s a specially provided car, so you only need to pick one of the three available colors, then set off for a four-lap race at Autopolis. Unusually, this is the short version of the Japanese race track, with a hard right turn back to the main straight instead of the downhill left hairpin.

Race C is also an unusual combination. You’ll be driving the Toyota variant of the Super Formula SF19 — Honda drivers need not apply — at Circuit de Spa-Francorchamps. The tire wear and fuel consumption for this race is not high enough to require a pit stop, but there is a tactical aspect due to the car’s boost function.

You have a limited amount of extra power which you can deploy as you wish with the Overtake button. If you have never used this before, you will need to map the button in the Options/Controller menu, or face being off the pace.

The middle race is a blast from GT Sport‘s past. We haven’t seen an oval appear in the Daily Races in quite some time, though it wasn’t uncommon in the game’s Beta phases. Blue Moon Bay Speedway seems to have earned a spot back in the rotation, and you’ll head there for an eight-lap race in your own Gr.3 car. Note that oval circuits have a different Balance of Performance calculation, so the usual Gr.3 pecking order will face a shake-up.

These three races will run through to Monday, March 16, when another new set of three will replace them. 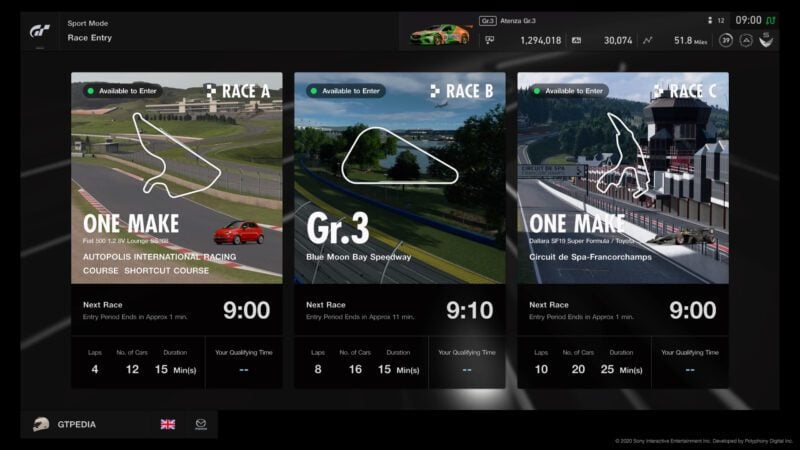 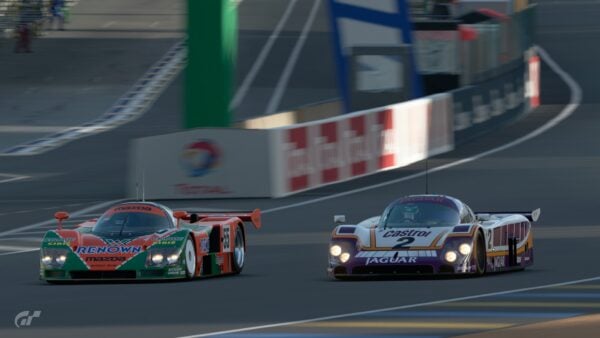 Gran Turismo Sport 721 Apr 6 by Andrew Evans
Another week, another set of GT Sport Daily Races — and this week the central theme is chicanes. Race A brings back the pick and mix format, with a choice…

Gran Turismo Sport 721 Mar 30 by Andrew Evans
There’s another set of three GT Sport Daily Races for players to get their teeth into this week, and it’s an unusual mix which feature no road cars at all.…