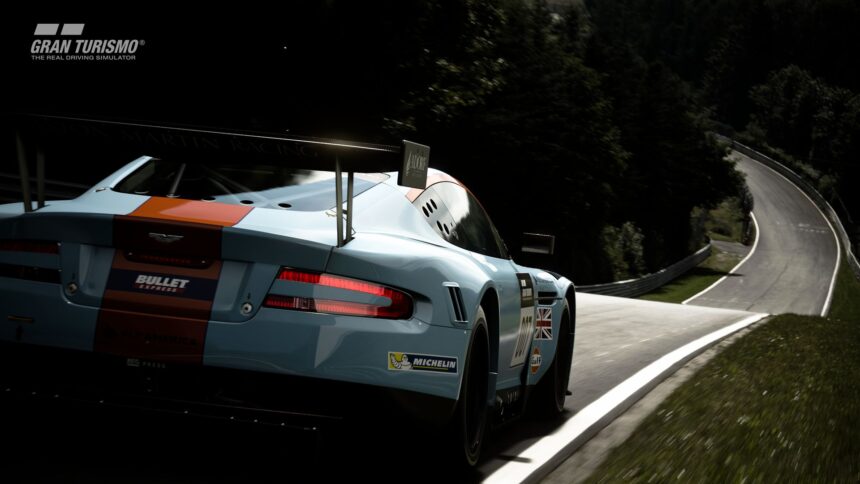 The latest GT Sport update has arrived, with some new content to sink your teeth into and some gameplay tweaks.

Polyphony Digital studio boss Kazunori Yamauchi cautioned over the weekend that the game’s content updates this years would be “modest in frequency and volume”, and that’s the case here. Coming in at just over 450MB, the file is compact compared to the usual content update, and that’s reflected in the smaller quantity of content.

There’s three new cars in 1.56, just as there were in the very first vehicle update way back in November 2017. They cover quite a lot of ground though, from the GT1-class, Le Mans-winning Aston Martin DBR9 down to the compact FIAT 500 city car — a modern-day style icon. Sitting somewhere in the middle is the Nissan 180SX RPS13, a fastback coupe sharing a platform with the S13 Silvia, and well-loved in drift circles.

In addition to the new cars, there’s seven new races in the game’s offline GT League mode. That covers one race at Endurance level for the X2019s, with two races each in the other three levels, in the Beginner/FR Challenge, Amateur/Group 3 Cup, and Professional/Lamborghini Cup.

Aside from the new content, there’s also some tweaks to the penalty system. This had come for a lot of criticism late last year, and Polyphony Digital released patches in January to address the issues introduced. There’s another adjustment in today’s update, addressing the contact thresholds and a penalty system glitch in private lobbies.

With the new Aston Martin slotting into Gr.3, there’s also an update to the Balance of Performance (BOP) calculations. As expected, the Aston gets a bit of a power restriction, but Gr.4 sees the most changes with power boosts for most of the front- and four-wheel drive cars (except Lamborghini, Mazda, and Nissan). The Gr.4 Megane Trophy V6, always popular on twisty tracks, gets a weight penalty and mild power gain that should bring it more in line with the rest of the class.

As usual there will likely be further changes not mentioned specifically in the patch notes. You’ll find these in our Undocumented Changes thread as users spot them. However it looks like users hoping for a resolution of the Daily Workout Gift Bug will have to wait a while longer…

GT Sport Game Updates
232 Comments Discuss this post in our forums...
Test Your Badge Knowledge With Our Car Logo Quiz