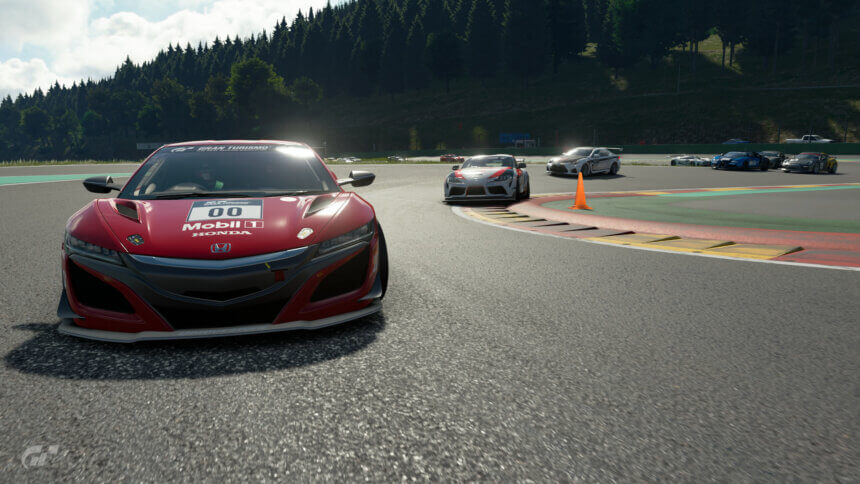 As we settle down to a first week in a long while without either FIA events or the Toyota GR Supra GT Cup, there’s a new set of GT Sport Daily Races to keep your eye in. It’s an odd set this week, with two low-speed one-makes — both previously seen combinations — and a little trip to the Spa to break things up.

Race A is one of the one-make events. You’ll be heading to the infield version of Blue Moon Bay Speedway, specifically the more challenging Infield A. The sole vehicle option is a MINI Cooper S, so you only need to pick a color (obviously Black-Eye Purple; anything else is just… wrong) for the four-lap race. If it seems familiar, it should, as this race last popped up in April.

Another repeat showing — this time from March — comes in Race C. This time you will pick a car from your own garage, but as it’s still a one-make you only have one choice: the Toyota 86 GT Limited. That’s a newer version of the 86 GT (or GT86, depending on your country of origin), which arrived in the game back in the 1.49 update last November.

This is an eight-lap race of the Autopolis circuit, a track originally developed to host F1 — though it never achieved that goal, and the thought of it with all the off-camber corners is pretty terrifying. There’s a high tire-wear figure of 15x (thus one lap is equivalent to 15 laps of wear), but that should be immaterial on the Sport Hard tires. You will need to watch out for the false-start check on the grid start though.

If race cars are more your thing, the middle race this week will be your go-to. It’s just a three-lap race, but then it is at the long and challenging Circuit de Spa-Francorchamps. This race is only for Gr.4 race cars, which are pretty close to their road-going brethren, just with lots of weight stripped out and some nods to aerodynamics. The long straight and high speeds might mean that, for once, front-wheel drive is not the way to go this week.

These three races will run through to Monday, August 24, when another new set of three will replace them. 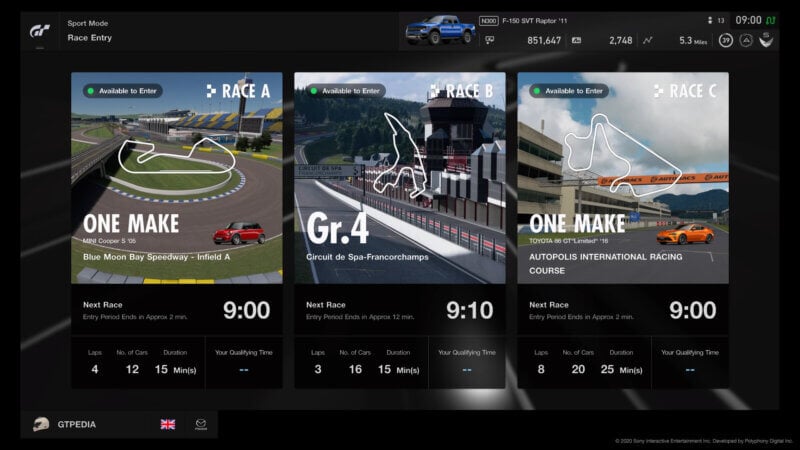 Daily Races
518 Comments Discuss this post in our forums...
Test Your Badge Knowledge With Our Car Logo Quiz