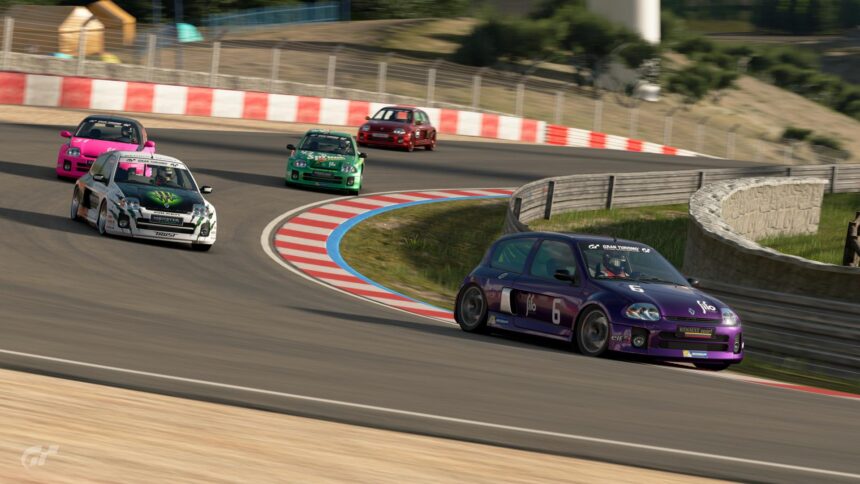 There’s a bit of a globe-trotting theme to this week’s GT Sport Daily Races, as we take in real race tracks — all with F1 history — across the globe.

Race A takes us to the United Kingdom, and the old F1 track at Goodwood. The Goodwood Motor Circuit hosted non-championship F1 races back in the day, and closed its doors in 1966. It’s part of modern car culture after it was revived for historic race events and track days in 1998. You’ll be racing a one-make race in the Renault Sport Clio V6, a mid-engined hot hatch.

Meanwhile Races B and C find themselves almost literally at opposite sides of the planet. The quicker of the two will be Race B, which uses the Gr.3 race cars at the Suzuka Circuit. It’s a straight four-lap race on racing hard tires, so just pick your favorite Gr.3 and go nuts.

If you tunnel straight down through the Earth from Suzuka, you’ll pop out just 800 miles from Race C’s location at the Autodromo Jose Carlos Pace — also known as Interlagos. This will be an 11-lap endurance race, featuring the production-based Gr.4 race cars. Even with the 11x tire wear multiplier, it’s not likely you’ll need to hit the pits on the race hard tires — unless you pick one of the FWD or 4WD cars — but with the new, shorter pit stops it may be an advantageous strategy to do so.

All three races will run through to Monday, October 28, when there’ll be another new set of three for the week. 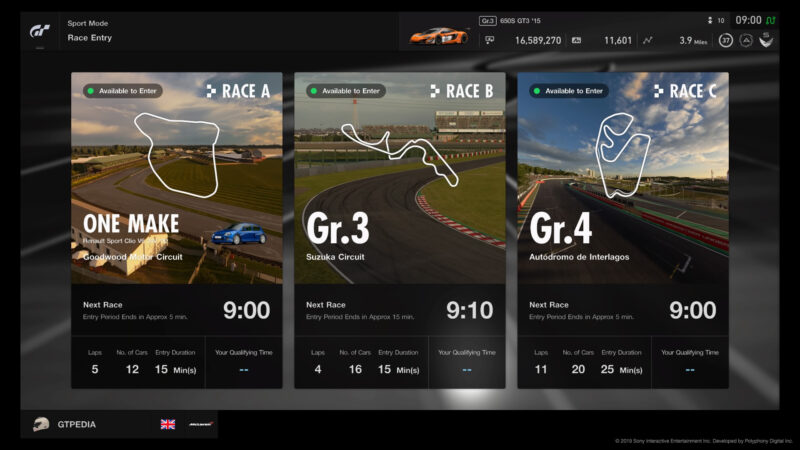 Daily Races
398 Comments Discuss this post in our forums...
Can You Beat the Impossible Gran Turismo Quiz?

Gran Turismo Sport 398 Feb 24 by Andrew Evans
For this week’s GT Sport Daily Races you’ll be heading to two racing circuits on opposite sides of the Pacific Ocean, and indulging in a spot of street racing. Race…

Gran Turismo Sport 387 Feb 23 by Michael Leary
Last month, GT Sport players went without any new content. While Updates 1.54 and 1.55 arrived in January, both focused on bug fixes and system tweaks. The last major update to…

Gran Turismo Sport 1907 Feb 17 by Andrew Evans
GT Sport‘s first World Tour event of the year is still fresh in our minds, but already it’s time to prepare for the next stage. The Pre-Season for 2020 FIA…

Gran Turismo Sport 398 Feb 17 by Andrew Evans
This week’s GT Sport Daily Races will take you to some tight and twisty real world circuits, in the UK and Japan. The UK’s representative is Brands Hatch for Race…