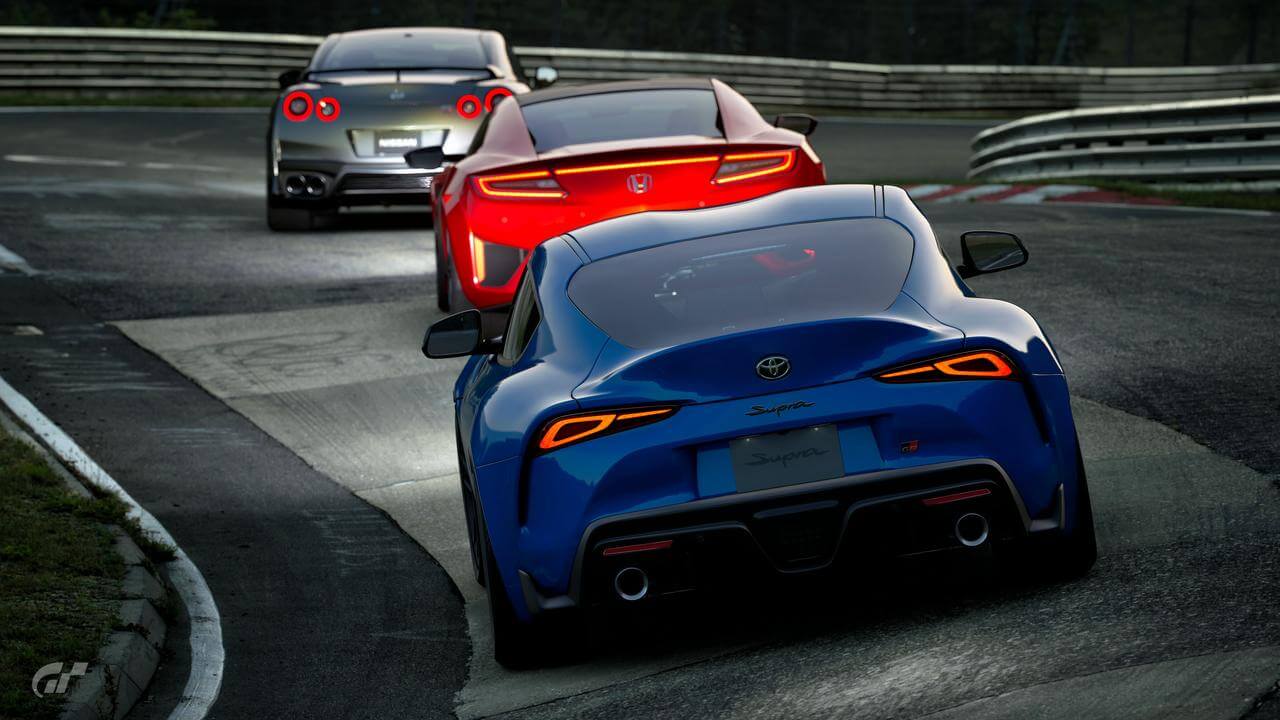 The second stage of GT Sport’s radically altered 2020 FIA Online Championship gets underway this week, with another block of ten races in each of the two series.

Normally, each set of ten races would act as qualifiers to grand, showpiece World Tour events around the world — with the overall standings granting World Final qualification. However, thanks to real-world events, those plans are on hold. Nonetheless, we anticipate that the stages will count for something towards the end of the year.

There’s been a few changes ahead of the second stage, most notable of which is a complete rebalancing of the main racing categories. Gr.3 is more finely tuned, but some of the BOP alterations in Gr.4 are considerably more radical. Along with it, players got the chance to change manufacturers, at the cost of forfeiting any accumulated points.

The full schedule for the next ten-race block is as follows:

In terms of scheduling, nothing has changed from Stage 1. That means PD is sticking to its alternating weekdays, unified Saturdays plan for the two championships, along with all existing timeslots. EMEA region players get seven slots on weekdays and four for each series on Saturday, while other regions have to make do with five and three slots respectively.

Across the five regions, weekday races start at 1600 AEST in Oceania, 1900 JST in Asia, 1400 UTC for EMEA, 1800 BRT in South America, and 1400 PDT in North America, running every 80 minutes until the final slot. On Saturdays the races start one hour earlier with a Nations Cup race, alternating between that and Manufacturer Series every 80 minutes until the final slot. Two races in each series — Rounds 16 and 20 — have a Top 16 Superstars event.

There are two further changes coming for the second stage however. The first sees qualifying return to its fixed, ten-minute plus one lap format. Earlier in the year, PD had experimented with variable windows to suit the circuit, but it has reverted to a fixed ten minutes, with cars able to finish a lap they had started before the timer expired. One exception is Round 20 in the Manufacturer Series, which is now 14 minutes — to allow cars to drive a full outlap before running their qualifying lap.

One highly unusual change comes in Round 14 of the Nations Cup. That race features the first appearance of adjustable settings in an FIA event. It’s a very rare occurrence in any scheduled race, much less an FIA race, and should provide an interesting change to the established order. This may also apply to Round 17 in Nations, which takes place at a wet Spa-Francorchamps.

Andrew Evans · Jun 1, 2020· Comments
Michelin, official Tire Supplier and Technical Partner of Gran Turismo, is staging a special online competition for players in south-east Asia and Oceania, with an all-expenses paid experience at Yas Marina, Abu Dhabi, for the winner.

Andrew Evans · Jun 1, 2020· Comments
A new set of Gran Turismo Sport Daily Races is now available, with the unannounced change to a four-weekly cycle now seemingly the standard from this point forward.

Andrew Evans · Jun 1, 2020· Comments
Following on four weeks from the last set, a new set of Daily Races is now available in Gran Turismo Sport as players get used to the new scheduling for the 2017 title.

Andrew Evans · Jun 1, 2020· Comments
For the first time in nearly a month, there’s a new set of Daily Races in Gran Turismo Sport for players to enjoy for the foreseeable future.

Andrew Evans · Jun 1, 2020· Comments
It’s the inevitable fate of any game that, once it is succeeded, it will eventually wither away as support is withdrawn. While this process usually takes months at a minimum, GT Sport seems as if it could be sidelined in record time.

Andrew Evans · Jun 1, 2020· Comments
Despite being superseded by Gran Turismo 7, GT Sport’s Daily Races seem to be continuing on their weekly cycle — for the time being at least.

Andrew Evans · Jun 1, 2020· Comments
Although Gran Turismo 7 is now out, GT Sport shows no signs of slowing down any time soon, with a new set of Daily Races now available to players.

Andrew Evans · Jun 1, 2020· Comments
Gran Turismo Sport will finally be superceded by Gran Turismo 7 this week, but there’s still plenty to be getting on with in the current title — starting with a new set of Daily Races.