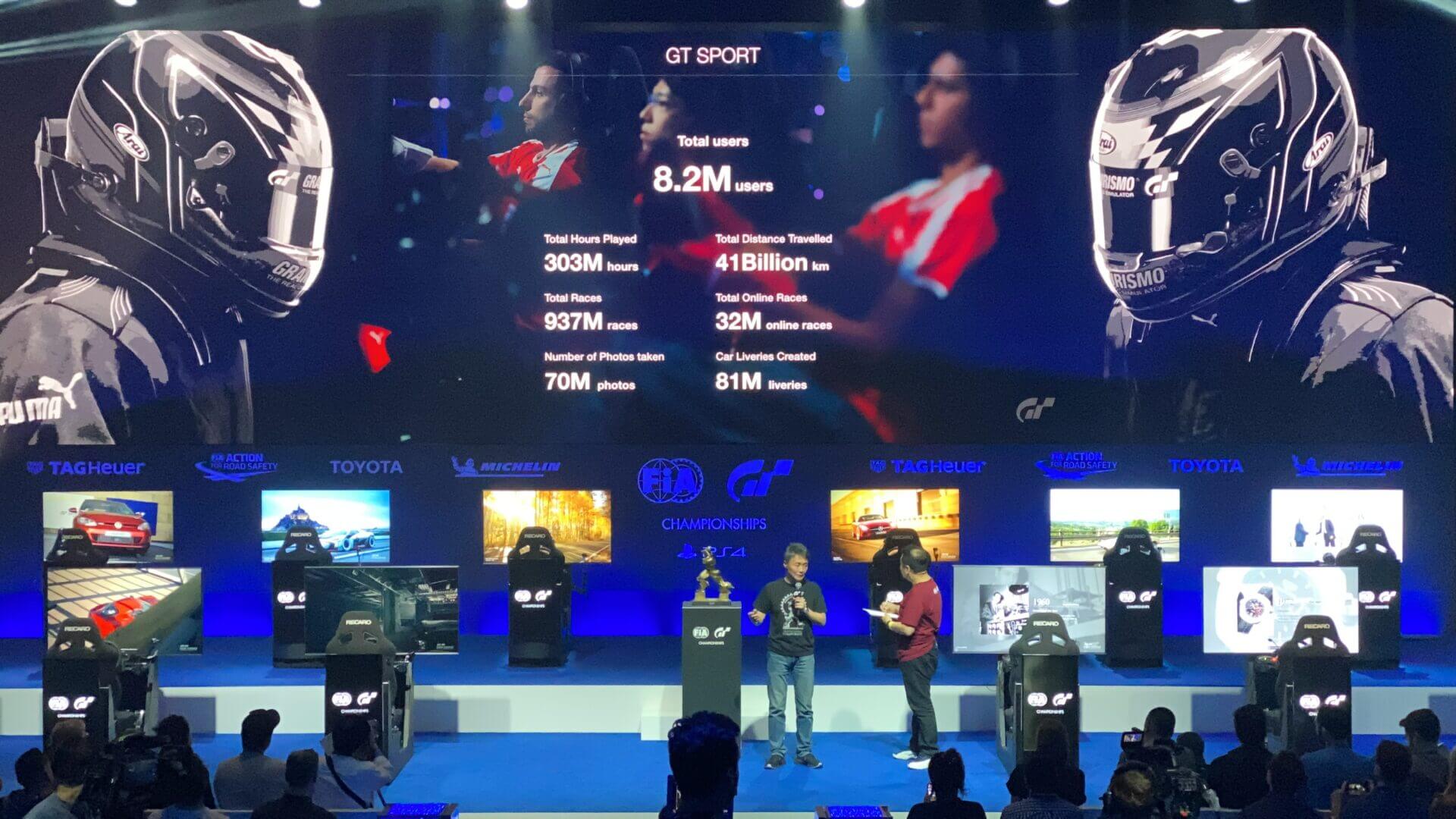 Kazunori Yamauchi’s opening presentation at the GT Sport World Tour Sydney event has revealed some extraordinary numbers for the game. Speaking to players, the media, and the crowd inside the Big Top at Luna Sport, the series’ creator spoke of the dedication of the game’s fans.

You can see the headline stats above. GT Sport now has some 8.2 million users, which represents an increase of 1.2 million compared with 12 months ago. In fact the game recently passed its nine-millionth registered account, which suggests more than a few people have been a little naughty.

Those millions of users have now racked up a combined 25.5 billion miles (41bn km) of driving. For stats fans, that’s broadly the equivalent of driving to the Voyager 1 space probe — the farthest man-made object from Earth — and back, with a little trip to Jupiter to spare.

These figures all represent a huge increase over the numbers from in 2019. Yamauchi made a similar presentation at the Paris curtain-raiser, and it’s fair to say that the players are engaging more than ever. The mileage figure alone is an astonishing increase of 17 billion compared to a year ago, but it’s not just on-track where the numbers increase.

Players have taken another 37m photographs in the last 11 months — more than they did in the 17 months from the game’s launch through to March 2019 — and made another 30m vehicle liveries, or about 10 apiece. If you’re still competing in the FIA events with a standard car livery, chances are you’ll stick out.

GTPlanet is on the ground in Sydney, and we’ll bring you more from the World Tour event over the weekend.