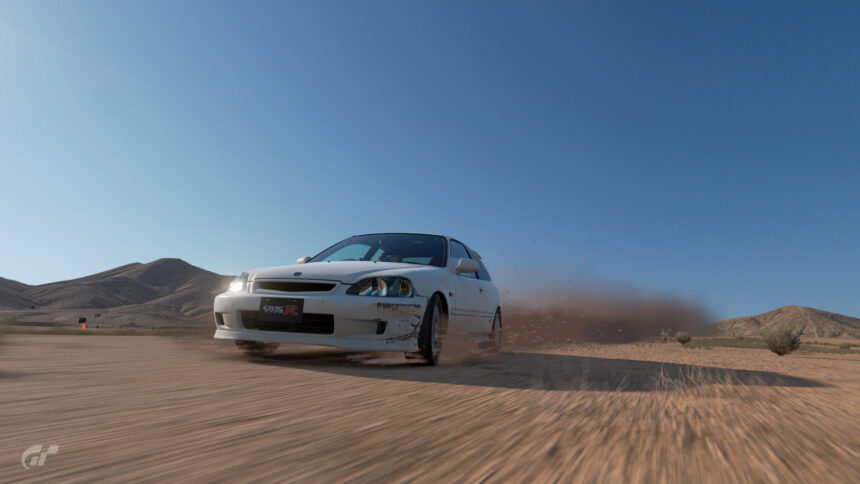 It’s always been the case that a major part of any game is gaming the game itself. There’s always the odd player who will probe and test the game’s limits to work out exactly what it will and won’t allow at any given time, then exploit any unintentional gaps in the rules. Or, to put it a more succinct way, cheat.

Gran Turismo is no exception. We’ve seen people exploiting Gran Turismo over the years, from the unedifying scenes of the GT Academy qualifier in 2011 right up to the present day. Indeed it was only two months ago that Polyphony Digital made a full leaderboard reset and physically changed a circuit to combat a track shortcut issue.

That means it should probably come as very little surprise to find out that there’s some particularly heavy cheating going on already in GT Sport‘s new Time Trial mode. 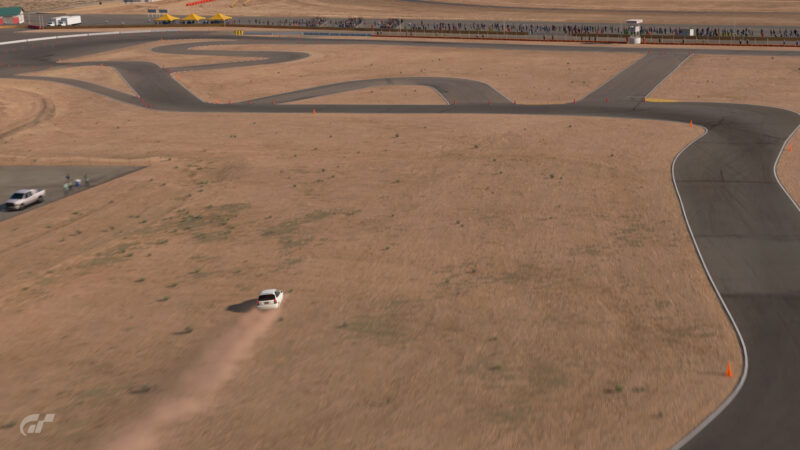 As you can see from the image above, it’s quite a hefty slice off the circuit. In fact the original cheat involved taking a hard right just before the final left-right-right complex, and approaching the finish line side-on. That cut up to four seconds from the lap time. However, the short-cut has since evolved to the point that drivers can now leave the circuit mid-way down the hill and avoid the final complex altogether.

Of those laps with a replay currently available, the fastest legitimate time we can find is a 1:30.370, down in 118th place. The “top” driver is, by comparison, more than 15 seconds faster, by virtue of cutting out seven corners and kinks, taking a trip over both the outfield and infield of the track.

Here is a video which shows the cheat in action:

Time Trial mode only arrived yesterday, in the v1.41 update. It’s a new hotlap competition that allows for players to compete against the whole world for lap records, with vehicle tuning allowed where applicable — and it doesn’t even need a PlayStation Plus account to take part.

At this point in time, we don’t know what rewards will be available for completing the time trial, or even if there is any — although we do know that Polyphony Digital will ban drivers who “misbehave”. That means that more than a hundred drivers around the world are quite publicly cheating for no apparent reason other than to be high on a leaderboard.

This is why we can’t have nice things.

Gran Turismo Sport 522 Aug 10 by Andrew Evans
This week’s GT Sport Daily Races will feel like a bit of a time warp for long-time players. In fact not only were all three races possible right from day…

Gran Turismo Sport 522 Aug 3 by Andrew Evans
Given the speed at which 2020 has been passing, it might be hard to believe that it’s the 31st Monday of the year. Nevertheless, a new Monday means a new…

Gran Turismo Sport 185 Jul 30 by Andrew Evans
The latest GT Sport Time Trials have arrived today, bringing a pair of fresh challenges which this week includes one of the most recognizable cars of the last decade. Our…

Gran Turismo Sport 522 Jul 27 by Andrew Evans
Monday is upon us yet again, and that means there’s a new set of GT Sport Daily Races for players to get their teeth into. In keeping with some recent…

Gran Turismo Sport 185 Jul 20 by Andrew Evans
It’s a little out of its usual sequence, but the latest GT Sport Time Trials have also arrived today. Usually the TT events appear every other Thursday. They have been…

Gran Turismo Sport 522 Jul 20 by Andrew Evans
It’s the start of a whole new week (yes, another one; sorry), which means that — along with many of us heading back to work again — there’s a new…