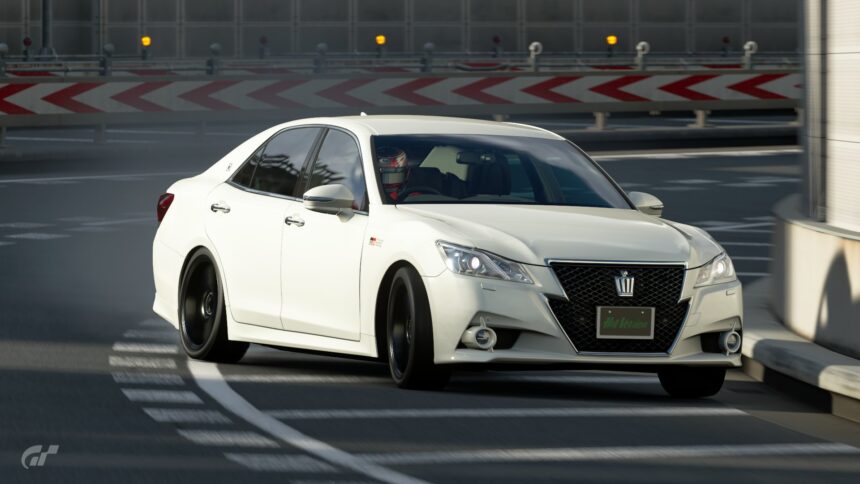 The last GT Sport Time Trials of 2019 are underway, and provide something of a varied challenge which serves to highlight just how much the game has evolved in the last two years. Both tracks and both car options are in fact part of the game’s post-launch update content.

For the first trial you’ll head to Belgium and the famous Circuit de Spa-Francorchamps. A new addition to GT Sport this year, the Spa circuit is a challenging lap at the best of times, but also attracts some of the worst weather in motorsport. That’s exactly what you’ll have to contend with over your hot lap, in the Gr.2 race car of your choice — essentially 2008 and 2016 season Super GT GT500 cars — on Intermediate or Heavy Wet tires.

There’s beaming sunshine in the other lap. That’s because you’re heading to the heart of Catalunya, and the Circuit de Barcelona-Catalunya. For this lap you’ll be going a little slower, in the new Toyota Crown Athlete sports saloon. Tuning is enabled for this lap, so you’ll need to tweak the saloon’s settings to get the most out of it.

As Time Trial mode is a global competition, it will rank your best time against all players worldwide, rather than just those in your region as with other Sport Mode events.

These two time trials will run through to January 2, when two further events will replace them. 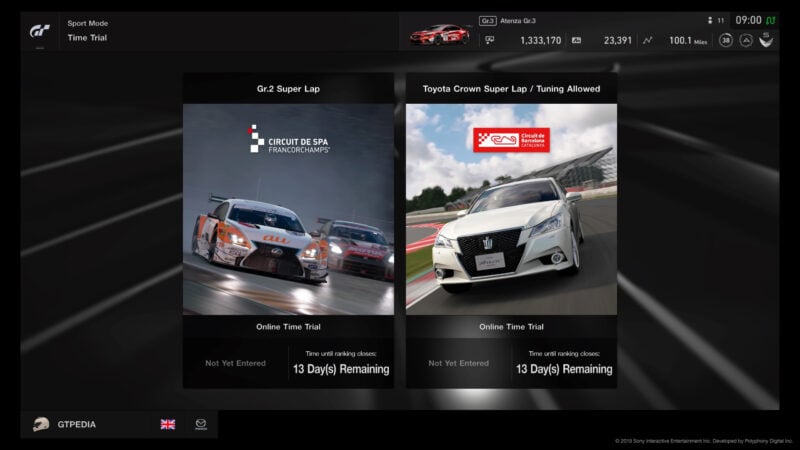 GT Sport Time Trial
214 Comments Discuss this post in our forums...
Can You Beat the Impossible Gran Turismo Quiz?

Gran Turismo Sport 696 Jan 13 by Andrew Evans
There’s a certain sibilance surrounding the circuits in this week’s set of Sport Mode sprints. The new selection of three races features some friends from right back when GT Sport…

Gran Turismo Sport 696 Jan 6 by Andrew Evans
To quote old man Biff Tannen, “there’s something very familiar about all this”. GT Sport Daily Race regulars will be feeling a twinge of deja vu this week, at least…