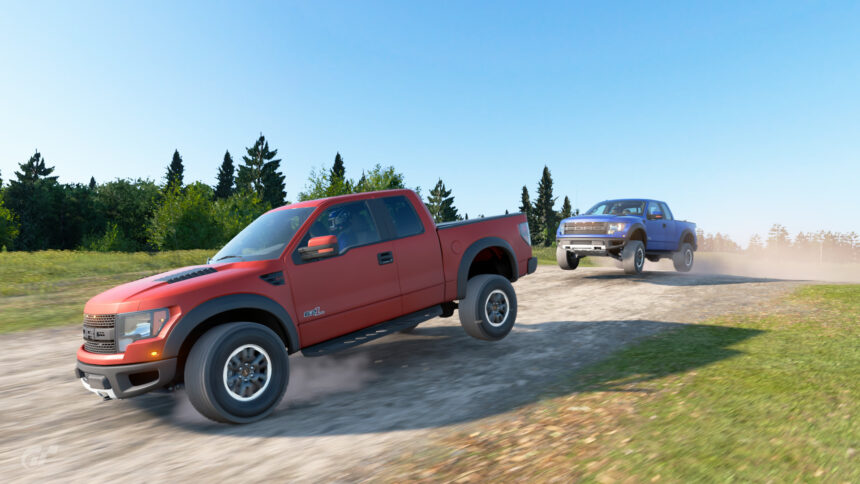 We hope you like it dirty, because the GT Sport Time Trials released today, and covering the next two weeks, will see you playing in the mud.

As usual, there’s two new time trials — and a day left on the special time trial event for the Mazda RX-Vision. One brings you some GT3 action, and the other is a little more… earthy.

The Mazda RX-Vision GT3 makes another appearance this week, in the second time trial. This event takes you to the Green Hell: Nurburgring’s Nordschleife. Grab the car from your garage, slap on some Racing Hard tires, and head out to set the fastest time you can.

After last week’s unusual swap, it’s this time trial that allows you to tune your car to suit. You’ll need to tinker with the quad-rotor concept car to get the best out of it, striking the balance between maximum straight line speed on the huge Dottinger Hohe straight with a suspension set up to soak up the Ring’s harsh bumps, camber changes and curbing.

Still, the Nordschleife’s surface isn’t quite as rough as in the other time trial. For this event you’ll need to grab the SVT-tweaked Ford F-150 Raptor pickup truck and take a trip to Colorado, because you’re going rallying.

It’s quite unusual to find a rally time trial, and it’s not especially common in any of GT Sport‘s scheduled events. There’s no settings to worry about here, so just head out and tame the course in your 2.7-ton behemoth.

GT Sport‘s Time Trial mode is a global competition, ranking your best time against all players worldwide, rather than just those in your region as with other Sport Mode events. These two time trials will run through to June 18, when two further events will replace them. 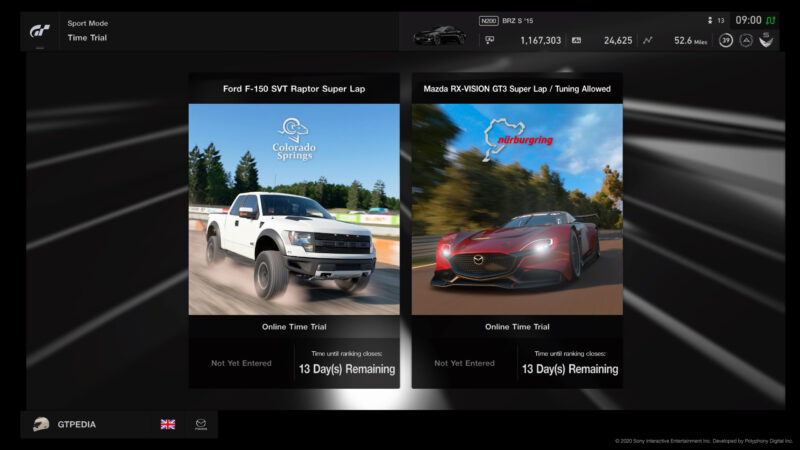