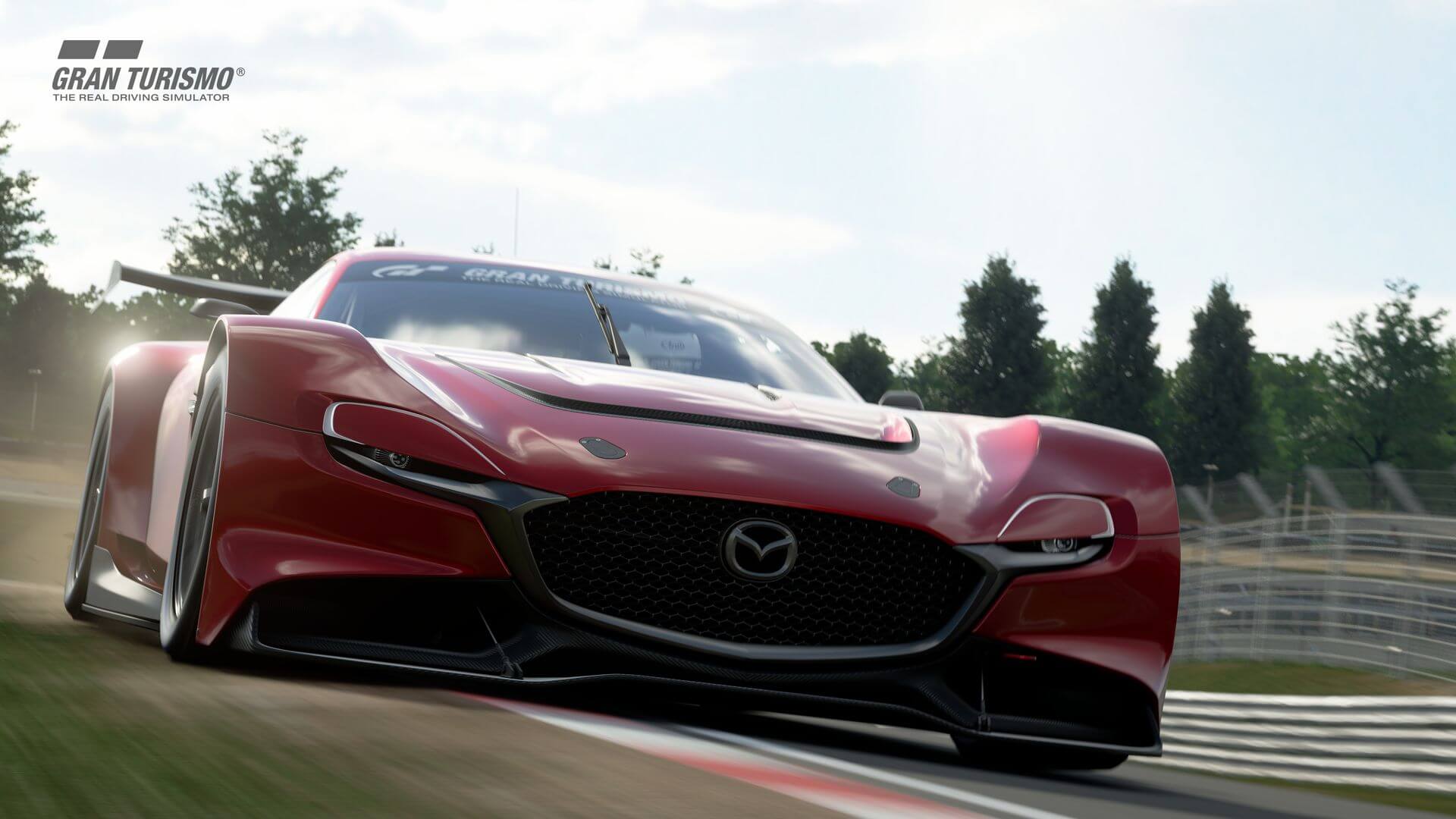 In order to celebrate the arrival of the new Mazda RX-Vision GT3 to Gran Turismo Sport this week, Sony and Mazda are bringing a couple of in-game competitions to keep fans busy.

The RX-Vision GT3 is a car that’s unique to GT Sport. It’s a concept race car developed to fit into the Gr.3 category, from an award-winning Mazda show car concept back in 2015. Mazda’s exterior designer, Norihito Iwao, is the man behind both cars, along with Mazda’s LM55 Vision GT, and the “Kodo” design themes of modern road-going Mazdas.

When the car arrives in GT Sport on Friday, players will be able to race it in any event for which Gr.3 cars are eligible. That includes the Manufacturer Series events — for players yet to sign with a manufacturer, and those who wish to swap manufacturers at the end of this season. In addition there’ll be two more in-game competitions.

The first is a Time Trial event. Starting on the day of the update, May 22, players will have two weeks to set the fastest time possible in the new car. You’ll be able to find the event in the Time Trials section of GT Sport, along with the regularly scheduled Time Trial events.

This will be a global hot lap competition, at the fearsome Circuit de Spa-Francorchamps. There’s no vehicle tuning allowed, so it’s a straight shoot-out to see who’s the fastest in the new car.

Should you finish in the top three spots worldwide, Mazda will send out “commemorative gifts”. It’s not entirely clear what these gifts will be, but we’d expect something based on the 100th anniversary Mazda is celebrating in 2020. The event closes at 1459 UTC on June 5.

In addition to the Time Trial, there’s a second contest for the more artistic among us. The Mazda 100th Anniversary RX-VISION GT3 Concept Livery Design Contest will test out your livery editor skills on the new car’s body.

There are a few things to be aware of with this second competition however. Firstly, you’ll need a public Twitter account, as you will only be able to enter the competition by sharing your livery with the “#rxvcontest” hashtag. In addition, you must use the in-game Mazda 100th Anniversary logo — which you’ll find under Brand Logo in the editor — somewhere on your livery.

Before you get all artsy and try to recreate the famous Mazda 787B “Renown” livery, you’ll also need to take note of a further point. Your livery may not use any other brand logos for which Mazda doesn’t have any image rights. That also includes cartoon characters, ruling out the ever-popular ‘itasha’ liveries.

With all that in mind, you’re free to design whatever takes your fancy. You’ll need to share your completed livery in-game and then also on Twitter to enter, and Mazda will again send out prizes to the best entries — including one overall winner. This competition is open slightly longer, with the deadline of 1459 UTC on Friday June 19.