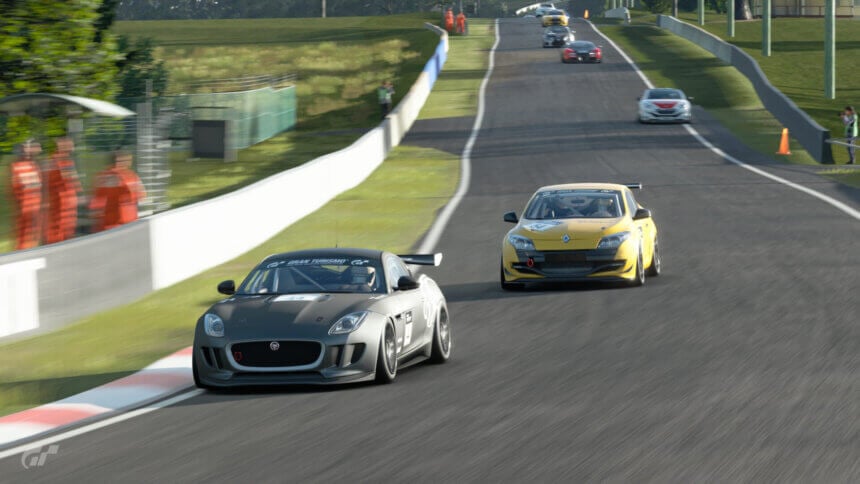 The latest update for Gran Turismo Sport, version 1.64, is now with us, and as expected it lands very firmly on the housekeeping side of things. It weighs in at a mere 158MB, which rather hints at a small selection of changes rather than oodles of content.

It seems that the primary purpose for the update is a bug with the yellow flag system in Sport Mode. A handful of GTPlanet users have recently noted that they’ve received penalties in Sport Mode for overtaking under yellow flags but not been aware of the flags, and it would seem that this issue is connected to the bug as reported in the patch notes.

There’s one other change alongside this, which centers on the Gr.4 Balance of Performance. That recently was the subject of a larger update, just ahead of the current FIA Exhibition Series, but there’s another small update today.

Only three cars are affected, with the Jaguar F-Type, Lexus RC F, and McLaren 650S all seeing their power drop by 1%, to 97%, 95%, and 93% respectively. While not a major change, the Jaguar in particular has been a good choice on more open circuits and this will likely have an effect on this weekend’s Manufacturer Series race at Mount Panorama.

It remains to be seen if there are any other under-the-hood changes, and the update is rather light on its feet, but if there is, the GTPlanet community will pick them out in due course.

GT Sport Game Updates
166 Comments Discuss this post in our forums...
Test Your Badge Knowledge With Our Car Logo Quiz

Gran Turismo Series 14 Apr 12 by Andrew Evans
As players are waiting for some good news around PlayStation 5’s Gran Turismo 7, a development over the weekend could mean that Gran Turismo will also head to the world…

Gran Turismo Sport 470 Apr 12 by Andrew Evans
A new week means a new set of GT Sport Daily Races to get to grips with, and this week’s trio of events brings a mixture of pace to satisfy…

Gran Turismo Sport 470 Apr 5 by Andrew Evans
There’s a fresh set of GT Sport Daily Races now available, with players taking race cars — albeit in name alone in one case — to three of the game’s…