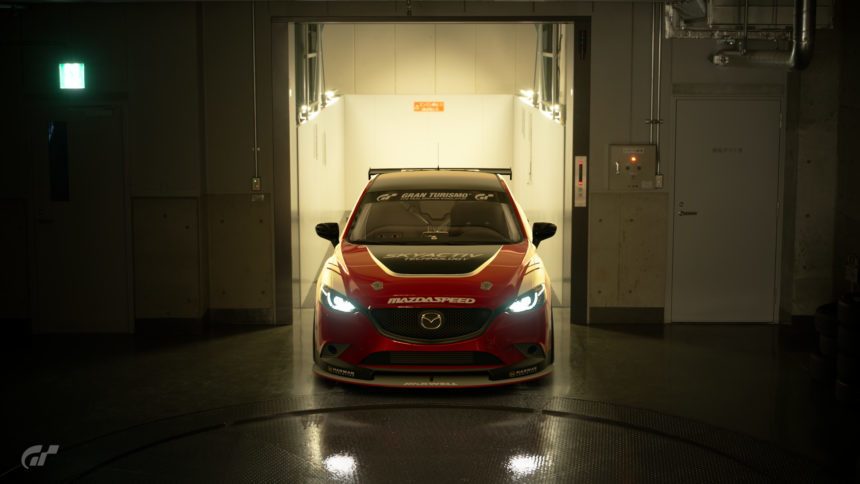 Weighing in at just 139MB it is, as expected, not a major patch. Instead it brings a handful of alterations to various details within the game.

This includes a rejig to the penalty judgement system. A significant number of players complained of the sensitivity of the penalty system following the changes in v1.13. This update seems to have dialed it back a bit, with both penalty and Sportsmanship Rating (SR) changes a little less trigger happy.

The full patch notes are as follows.

1. Sports Mode
– The judgement algorithms for the Sportsmanship Rating (SR) and Penalties have been adjusted.

2. Brand Central
– The Mazda’s photo spots #4 and #5 can now be used.
Other Improvements and Adjustments

– Fixed an issue with the Gran Turismo F1500T-A where the grip strength of the Super Soft tyres was too weak;
– Fixed an issue wherein the chequered pattern when adjusting the “Peak Brightness Settings” on HDR compatible monitors during the initial setup was not displayed properly;
– Various other issues have been addressed.

As always, there may be other changes not listed within the official notes. Please keep an eye on our Undocumented Changes thread for details.