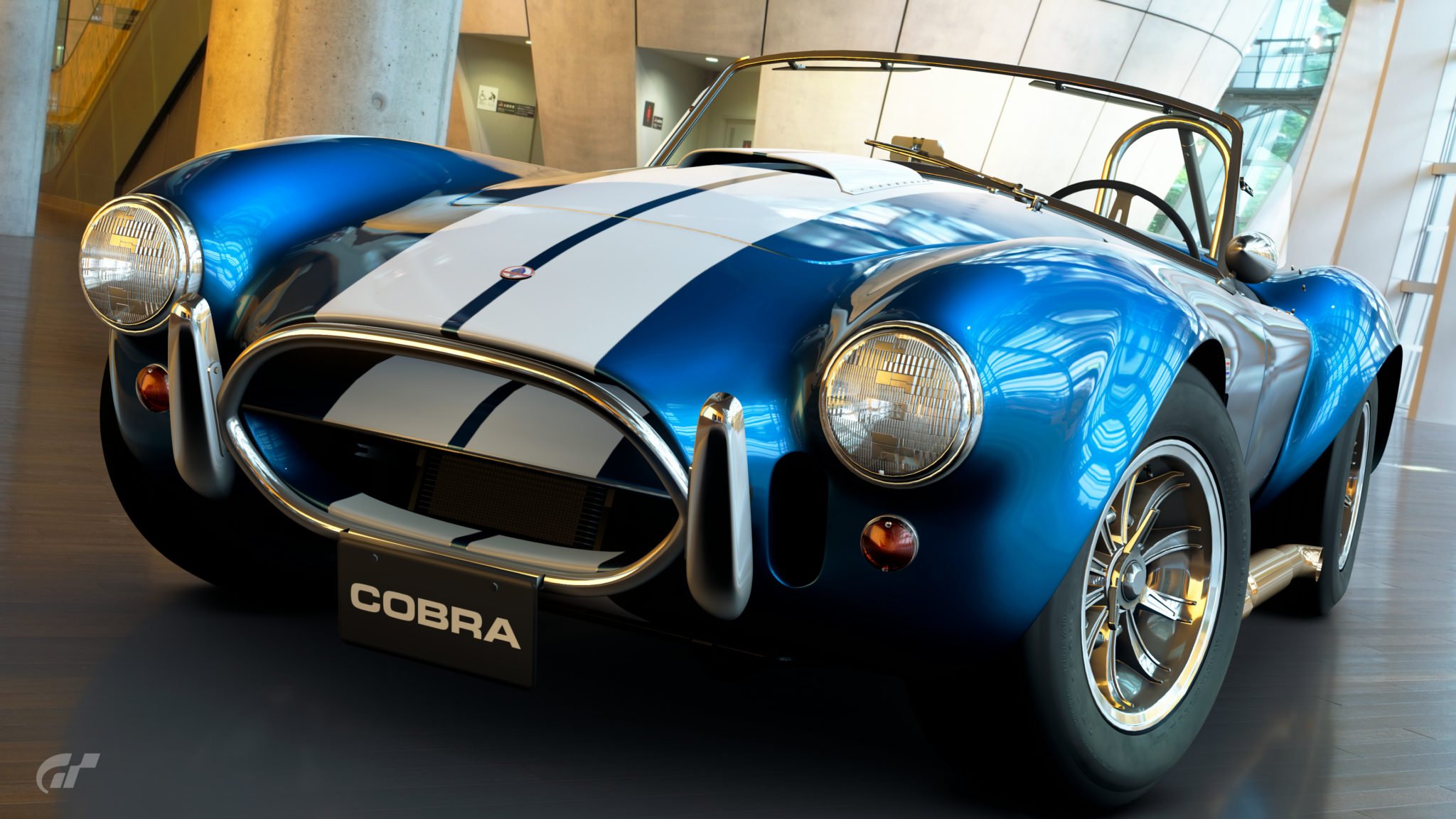 When it became clear that GT Sport wouldn’t be using the PS3-era Premium models in its car list, it was a bit of a shock. The extremely well detailed vehicles from the previous generation seemed a certainty to carry over to the PS4 — Kazunori Yamauchi even said they were more appropriate for this generation — but this never happened. It has meant that Sport’s car roster has basically had to start from scratch, leaving a much smaller number of total cars than previous entries.

The big question then, is just how different are the new game’s models compared to its predecessor?

A new update for GT Sport added the Shelby Cobra 427 and GTPlanet user emula has compared both models. The difference is pretty surprising.

The most evident change can be observed by simply looking at the body of the car. This article’s featured image shows how GT Sport’s Cobra looks and the above comes from Gran Turismo 6. Straight from first observation of the car, we can see the paint shine in Sport is much more impressive. Reflections appear as realistic as we’ve ever seen and the glow from the shade of blue is lifelike. Even the features of the car look a step above, with the headlights hosting a more articulate level of detail.

Sport’s superior lighting again shows off just how natural the paint and car components are. Other observable changes include an indicator light with higher detailing and a more believable recreation of the Cobra’s curves and vents. Another photo highlights the new level of detail found on the front grille of the vehicle.

Easily noticeable changes indicate a higher detailed radiator. We can see the component on GT6 too but it isn’t as apparent as the PS4 model.

Even though the grille shape has been recreated well in the previous generation title, a direct comparison shows it to be more angular than Sport’s model. The oval-like frame highlights the higher level of detail the PS4 title is achieving.

Our final comparison is a simple one: looking at the badge on each car model. As expected, there aren’t many changes observable here but GT Sport’s superior reflection model stands apart. Compared to the dull look of GT6’s cobra badge, the new model is more eye-catching. No point in micro-analyzing here — the new generation Cobra has a much more realistic badge.

Whilst it’s not a surprise to see the higher detail of GT Sport’s Cobra, it does indicate that the “future-proof” premiums of last generation just didn’t cut it for Polyphony. Perhaps the introduction of 4K gaming and HDR pushed the team into trying to reach an even higher level of fidelity than first imagined.

One thing is for sure, we’re now eagerly awaiting some more of GT6’s cars to return in GT Sport for even more comparisons. As luck would have it, that’ll be happening later this month.

Special thanks to emula for creating these comparison shots!