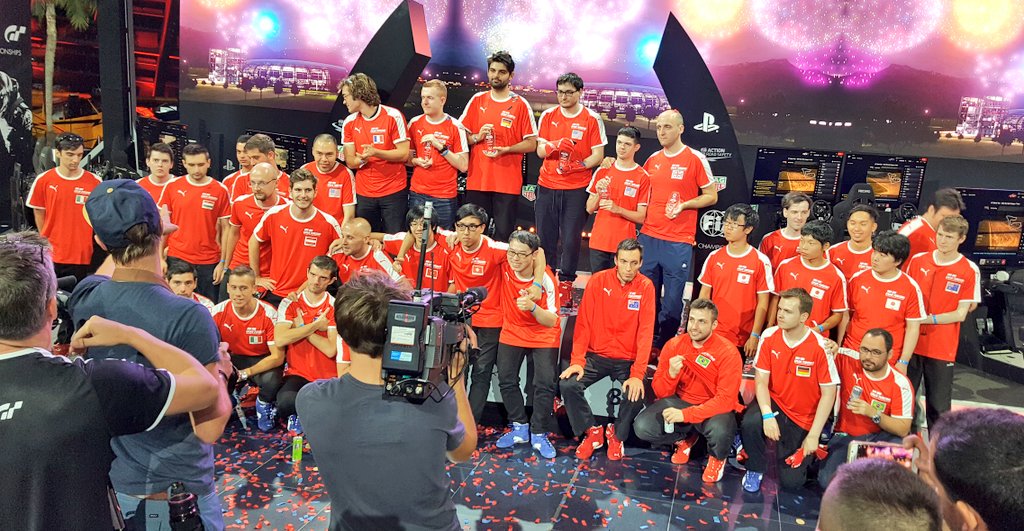 If you’ve been following GTPlanet and the world of sim-racing for a while, you have seen your fair share of competitive racing esports events.

Following GT Academy, there has been an explosion of major competitions over the past few years, from the Forza Racing Championship, to million-dollar competitions in rFactor, to McLaren’s World’s Fastest Gamer, to Formula 1’s official Esports Championship.

But, let’s face it: despite big budgets and lots of hype, nobody — not even the Gran Turismo team — has been able to put together a truly compelling event that viewers really wanted to watch… until now.

For a variety of reasons, it all seemed to come together at the second GT Sport World Tour in Austria last weekend. High production value, excited commentary, a good-looking game, and great racing turned the event into an entertaining success.

Let’s take a closer look at what set it apart, and how it can get even better in the future: 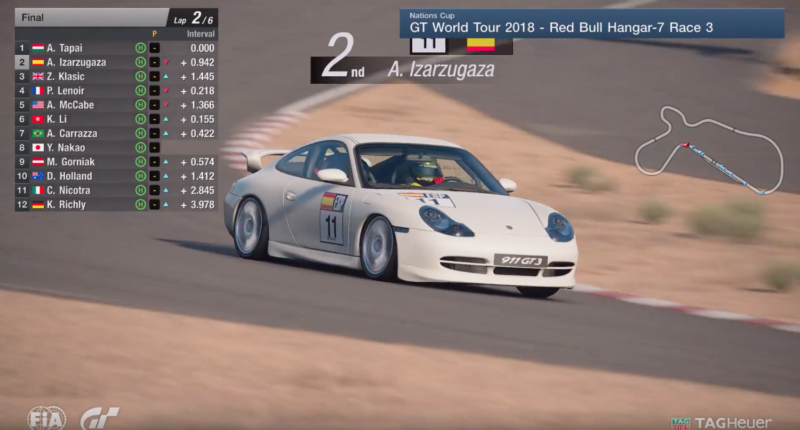 Fans of any game are going to feel a tingle down their leg when they see something new in their favorite title, especially GT enthusiasts. The revelation of Fuji Speedway and four new cars — some of which tap into 17 years of Gran Turismo lore, like the Porsche 996 GT3 — attracted a lot of attention.

Not everyone who plays GT will be interested in watching people they don’t know compete in a race, but they probably would like to see fresh new content.

Revealing bits of DLC at such events is a great way to attract viewers: it throws a bit of a wild card into the competition, and makes them more interesting to watch.

Polyphony and other game developers, take note: this is a sure-fire way to bring more attention to your live streams. 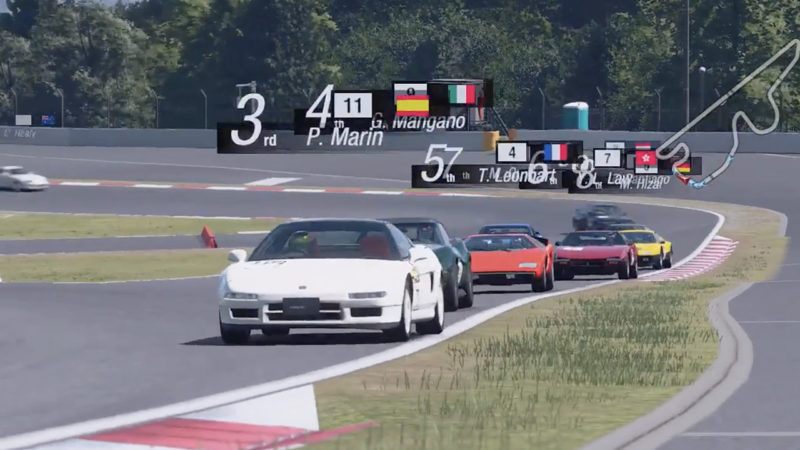 No matter how well-prepared the organizers might be for an event, if the racing isn’t entertaining, none of it really matters. Fortunately, entertaining car and track combinations and a diverse array of drivers from around the world put on a show for everyone at home.

A special build of GT Sport was used in the competition and also played a part by introducing some new features to the penalty system. “Penalty zones” required drivers to serve acquired penalties in specified areas on the track, which helped keep racing close throughout.

There is some mixed feedback on how the zones were implemented — the system automatically hits your brakes when you enter the zone and you can serve a penalty while still on the racing line — but it’s overall a good improvement to one of GT Sport’s most controversial features.

We’re not sure if this functionality will be coming to the public builds of GT Sport in the future, but despite its flaws it would likely be welcomed with open arms. 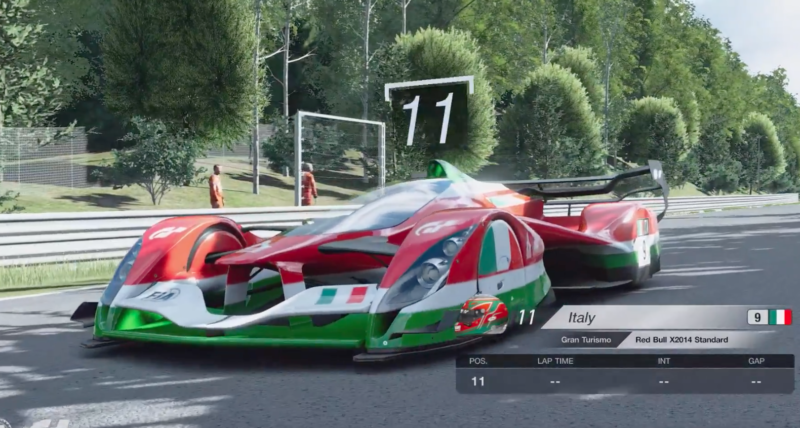 Although it’s been part of the game since launch, we haven’t really seen GT Sport’s Livery Editor put to practical use in official broadcasts or events. That changed today in the Nations Cup, which featured Red Bull X2014s wearing colorful, custom liveries for each country.

It made the race more visually interesting to watch, and gave each team a unique personality. Letting drivers choose or design their own liveries in the future could do even more to leverage this important feature of the game. 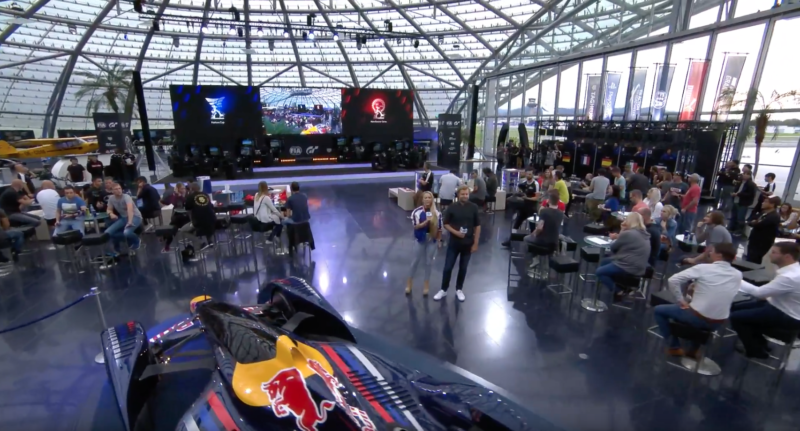 You could do just about anything in Red Bull’s stunning Hangar 7 and make it look good, and this World Tour event was no exception: for a racing esport venue, it is basically perfect.

While we're waiting for @thegranturismo action to get underway, we've been exploring Hangar-7… pic.twitter.com/bFVmQc2XlZ

The broadcast itself was a treat to look at, with slick graphics, lots of camera angles, and rarely a dull moment. Hosts Julia Hardy and Jack Nicholls brought plenty of energy and introduced a second “level” to the broadcast, easing the load off the racing commentators and ensuring that viewers were not stuck listening to the same voices for hours on end.

As for the commentary itself, I can only speak for the English-language stream, which featured our own Tom Brooks and YouTuber Jimmy Broadbent. Like any good commentary team, they spiced-up the on-track action, keeping the dull bits interesting and making the truly exciting moments feel monumental. 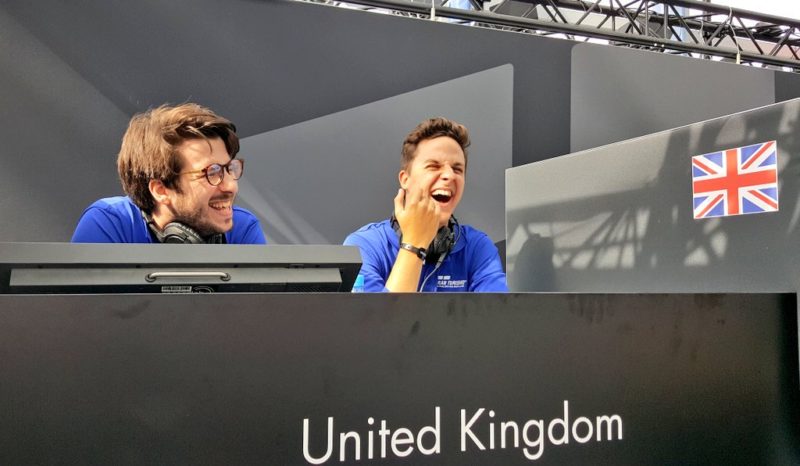 Another important factor of the broadcast was its speed: the producers were careful not to waste too much time between races, keeping a quick pace throughout. Personally, it almost felt a bit too quick: the hosts and commentators were talking at a high rate of speed, and combined with the fast pacing of production, made the broadcast frenetic at times.

There were also some awkward (and unintentionally hilarious) moments between the hosts, like when Julia suggested that viewers “dust off their Thrustmasters” at home. Such moments can be good, though, and it’s always refreshing when the on-camera personalities don’t take themselves too seriously. This is still a video game competition, after all. 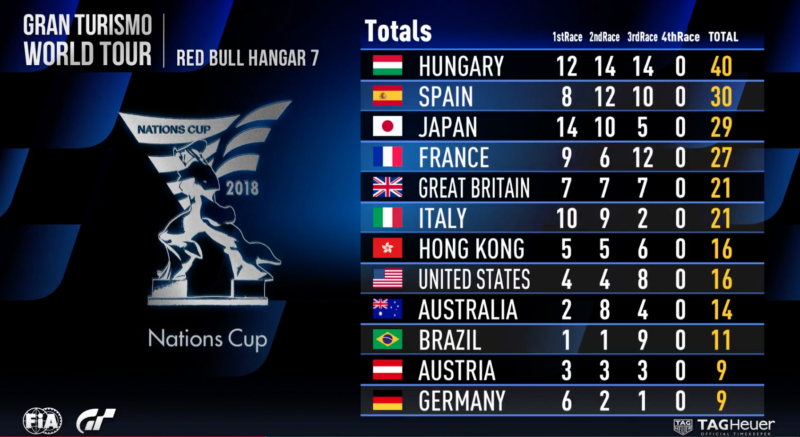 Room For Improvement (But Not Much)

Although it was probably the best racing esports event we’ve seen yet, it wasn’t perfect.

There continues to be debate in our forums about the use of drivers’ real names instead of their PSN handles, which most know them by. Although we did have a list of drivers’ names and handles together before the event, the names weren’t really connected during the broadcast, which made it difficult for viewers to keep up with who they were watching.

There are valid arguments for real names, too: they look more professional on-screen than PSN handles, some of which the players may have chosen in their younger years. Presumably, the FIA is more comfortable announcing that “John Smith” won a sanctioned event instead of “raceyboi69”.

The most practical solution is to integrate both names into the broadcast, though from a production standpoint this is probably easier said than done.

Viewers also need to have more personal connection to the racers themselves. We were ultimately asked to view races of arbitrary and temporary teams, without much information about the actual people behind them. People connect with people, and if viewers had a more emotional investment into the outcomes of the races, it would make the rest of the production even more exciting to watch. Hopefully, as the FIA GT Championship regional finals begin, and the competition takes a more individual focus, this will change. 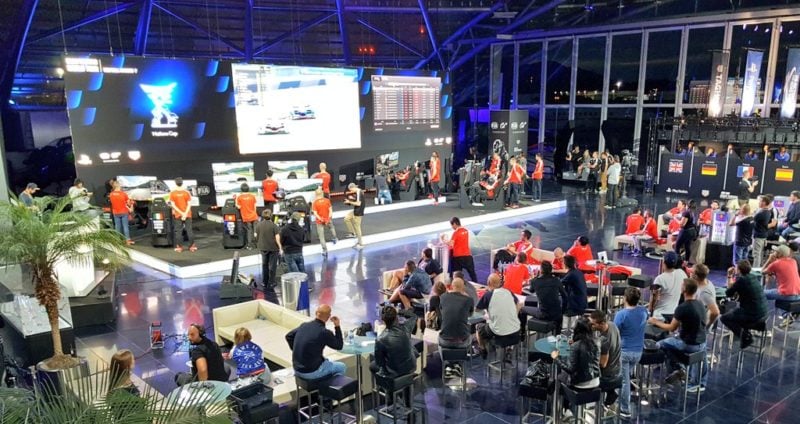 Speaking of regional finals, we are now just a few weeks away from the first FIA GT Championship event: the Asia/Oceania regionals in Tokyo, October 6-8.

Although far removed from the hype and excitement of GT Sport’s launch almost one year ago, it feels like the competitive aspect of the game is starting to come together at just the right time. 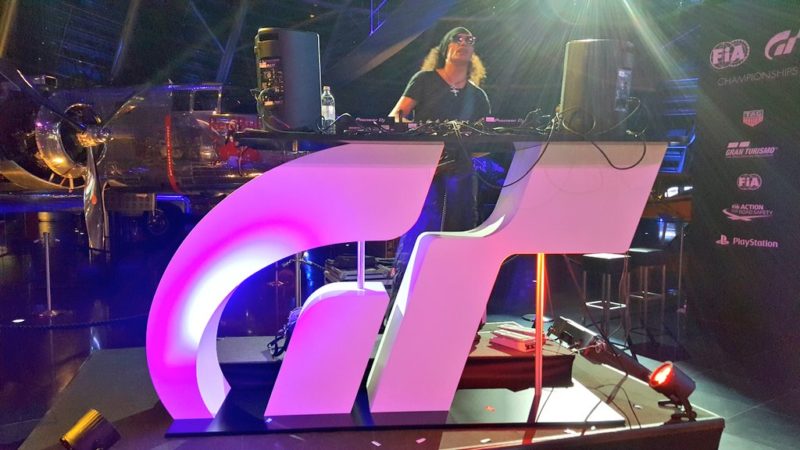 Organizing these things is a logistical challenge, and no matter how much money Polyphony throws at it (and you can tell by watching these broadcasts they have spent hundreds of thousands — if not millions — of dollars), the only way to actually learn what works is by just doing it.

After a “good” Nurburgring event and a “great” Austrian event, they seem to be figuring it out.

For many viewers, this was the first time many of them realized how fun it can be to watch virtual racing. Racing esports has come a long way in the last few years, and after the next few, we might look back at this event in Hangar 7 and say this is when it all started to come together.

If you missed the live broadcast, watch it below.

For links to the non-English streams, along with more information about the drivers and the competition format, check our full post with all the broadcast details right here.

What did you think about it? Love it? Hate it? Hit the link to the comments below and join the conversation!