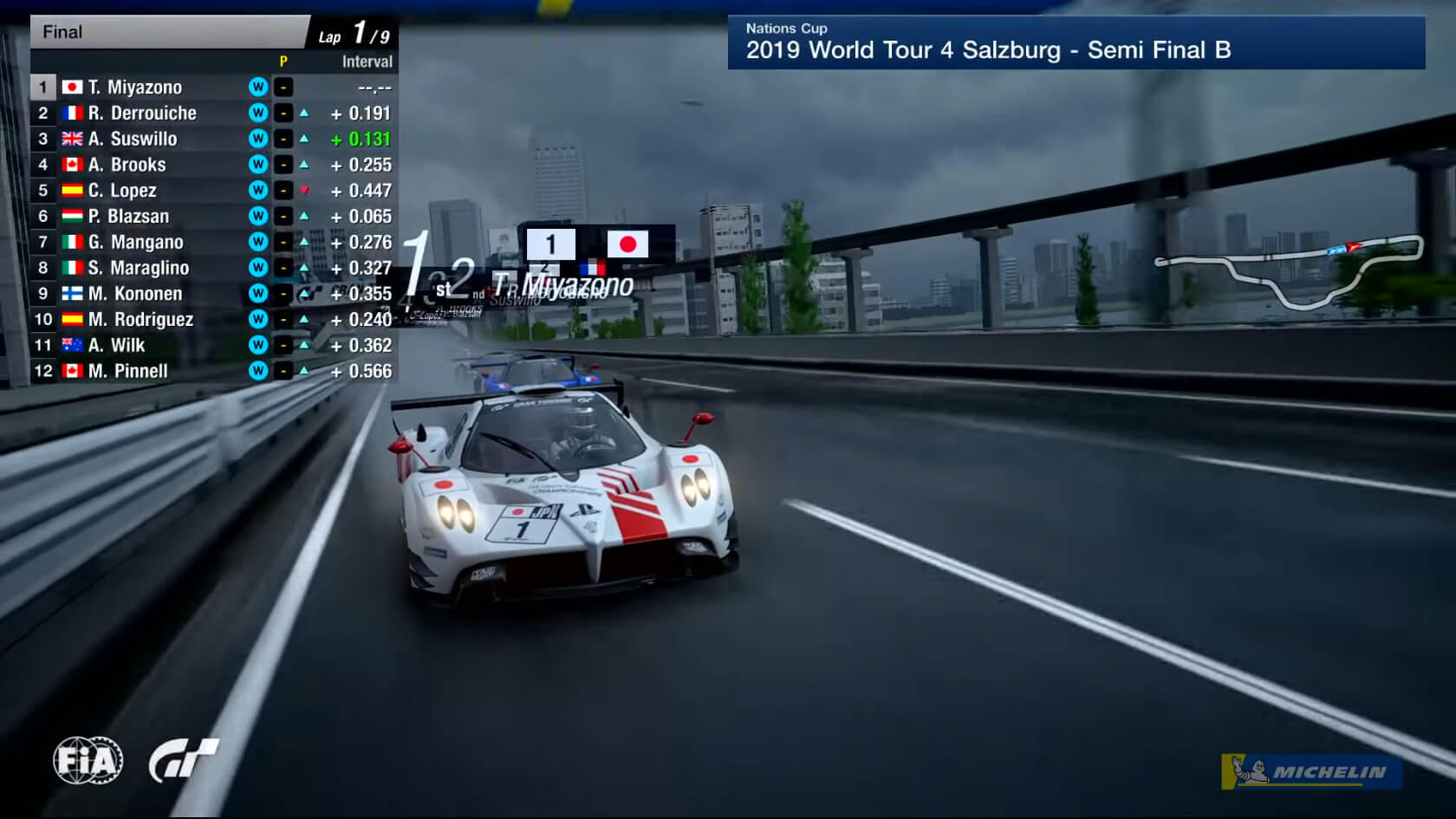 If you enjoyed watching the GT Sport FIA Online Championship drivers sliding around the Tokyo circuit in the recent Salzburg World Tour event, it looks like you won’t have long to wait to experience it for yourself.

It appears that the rainy version of the Tokyo Expressway circuit — officially a “track condition” setting rather than a layout — will be coming along to the game soon. How soon? Within the next 25 days, and probably sooner.

The date comes courtesy of the announcement of the next Exhibition Series of the Championship. An overview of the series calendar reveals two gaps in the schedule, on October 16 in the Nations Cup and October 12 in the Manufacturer Series. These gaps usually show up when there’s content involved in a race that hasn’t yet appeared in the game.

Looking more closely at the schedule, these two events both correspond to a race on the Tokyo Expressway East Outer Loop — the track we saw in Salzburg with the new wet weather conditions. That doesn’t directly reveal the wet weather conditions, and in fact both event pages say the track condition is “0740 Sunny”. However both races, one for Gr.3 cars and a one-make race, list “Racing: Intermediate” tires, which are one of the two wet weather compounds.

The wet variant of this Tokyo track is a very different animal to the existing wet Red Bull Ring. There’s one extremely high speed braking point, and a couple of other places where there’s significant braking effort needed. Unlike the wide-open Spielberg track, there’s also a huge tunnel section which will remain dry throughout, and another dry patch right in the middle of the circuit’s challenging chicane.

Given the recent scheduling for game content updates — the last week of April, May, June, July, and August — it seems likely that the rain will arrive some time in the week starting September 23. We also don’t know yet if the weather conditions will affect all of the Tokyo Expressway tracks, including the newest South layout, or just the East version as seen in the World Tour event.

We’ll bring you more as we get it.