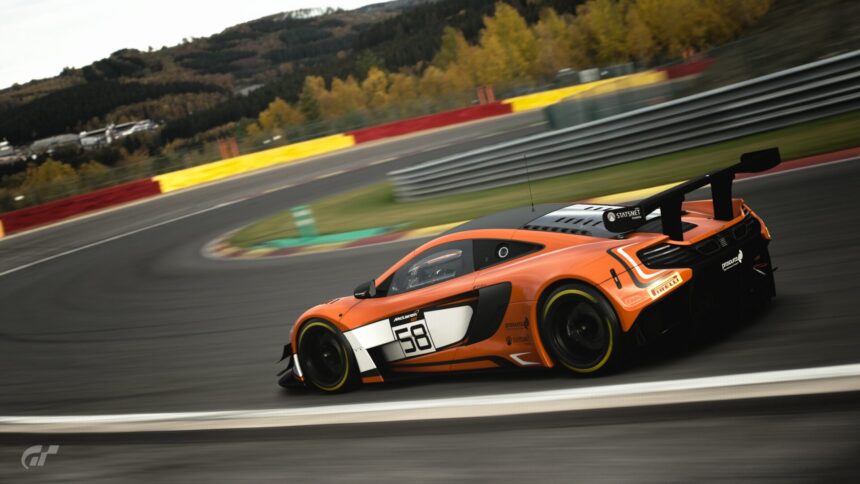 Just when we were starting to get worried that there’d be a skipped month in the GT Sport update scheduling, Polyphony Digital has announced that there’s an update coming along this week.

An article posted on the game’s official website, along with an in-game announcement, reveal that the update will arrive January 29. That reads as follows:

What type of update it will be is, right now, a bit of a mystery. In recent months, Polyphony Digital has established a pretty clear pattern, with a major content update — tracks and cars — coming at the end of each month. However there’s usually slightly more of a fanfare in advance of these updates, with Kazunori Yamauchi taking to Twitter to announce it a few days beforehand and teasing any vehicle content.

Smaller updates are usually subject to shorter notification and with less theater, but they also commonly come at the start of the month too — such as the one we had on January 9.

With no further information to go on at this time, it’s not clear whether the update will be large and bring content or smaller and merely account for patches. There are a couple of issues with GT Sport right now that would benefit from a tweak or two, with an unusual Daily Workout bug affecting some users. That’s to say nothing of the most recent change to the Sport Mode penalty system which has dramatically altered the online environment.

GT Sport Game Updates
464 Comments Discuss this post in our forums...
Can You Beat the Impossible Gran Turismo Quiz?

Gran Turismo Sport 151 Feb 27 by Andrew Evans
The latest GT Sport update has arrived, with some new content to sink your teeth into and some gameplay tweaks. Polyphony Digital studio boss Kazunori Yamauchi cautioned over the weekend…

Gran Turismo Sport 151 Feb 26 by Andrew Evans
The next content update for GT Sport is on its way, and Polyphony Digital has released the official, reveal-all trailer. As revealed over the weekend, the keyword for 2020 is…

Gran Turismo Sport 482 Feb 24 by Andrew Evans
For this week’s GT Sport Daily Races you’ll be heading to two racing circuits on opposite sides of the Pacific Ocean, and indulging in a spot of street racing. Race…

Gran Turismo Sport 482 Feb 23 by Michael Leary
Last month, GT Sport players went without any new content. While Updates 1.54 and 1.55 arrived in January, both focused on bug fixes and system tweaks. The last major update to…

Gran Turismo Sport 2026 Feb 17 by Andrew Evans
GT Sport‘s first World Tour event of the year is still fresh in our minds, but already it’s time to prepare for the next stage. The Pre-Season for 2020 FIA…