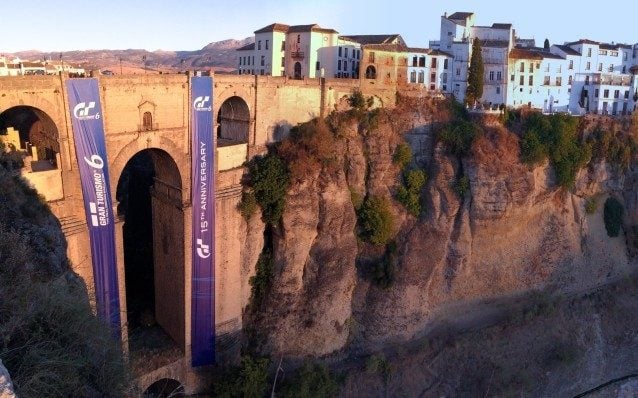 Gran Turismo 6 is set to be fully unveiled at a massive, two-day media event to be held in Ronda, Spain – a city which will feature as both a Photo Travel and Course Maker location in the game.

GTPlanet is on location in Ronda to provide full coverage of all the upcoming announcements, finally revealing Polyphony Digital’s plans for the future of GT6 and the Gran Turismo series.

The festivities begin on Monday, December 2, at approximately 15:00 GMT/UTC (click here to convert this to your local time), with an opening reception and press conference at the Convento de Santo Domingo. Later that night, a fireworks show will light up the city skyline. 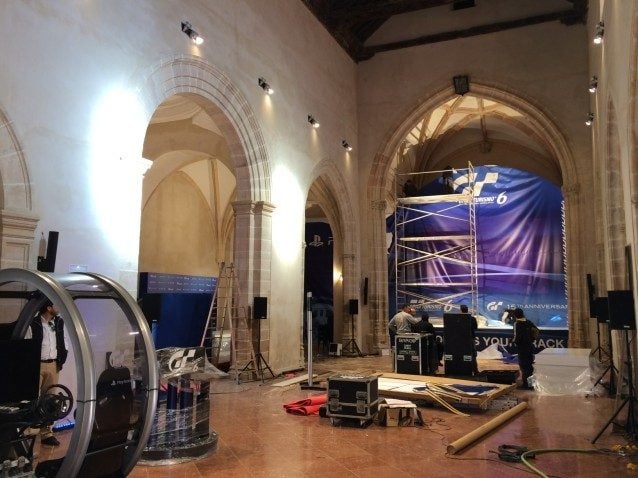 I’ll be posting live updates from the event on Twitter via @GTPlanetNews; keep an eye on the feed below and our GT6 forums for all the news as-it-happens.

On Tuesday, December 3, festivities move out to the Ascari Race Resort, where we’ll have a chance to compare the game’s virtual circuit with the real thing, side-by-side. That night, the event will conclude with a gala dinner back in Ronda. 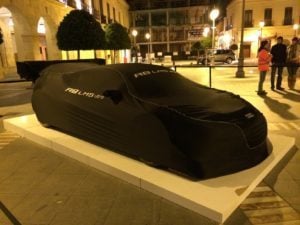 I’m here a few days early, witness to the city’s transformation into the temporary capital of the “world of Gran Turismo”. Giant banners celebrating the game’s 15th Anniversary have been draped over the side of the famous Puente Nuevo bridge, which glows Gran Turismo blue at night as giant projectors bring it to life. Exotic cars are also being placed on display around famous landmarks in town, as the game’s Photomode crosses over into the real world.

Hosting such a large media event is a big deal for the relatively small city of only 36,000 people, and it’s ready for the international spotlight. I walked throughout many of the cobblestone streets today with a strange sense of familiarity, having only studied Polyphony Digital’s GT6 screenshots before visiting. It’s easy to see how such a timelessly beautiful place captured Kazunori’s imagination, prompting him to feature it so prominently in the game.

Jordan Greer @Jordan
Jordan is the owner of GTPlanet and created the site in 2001. He has closely followed the Gran Turismo franchise and the world of sim-racing for over two decades.
Related Articles

Kyle Patrick · Dec 1, 2013· Comments
Polyphony Digital has quietly reminded Gran Turismo fans of the upcoming 10-car pack for GT Sport. The hint doesn’t even come from within the game, but rather its predecessor, Gran Turismo 6.

Adam Ismail · Dec 1, 2013· Comments
Want to feel old? Nearly as much time passed between the first Gran Turismo and GT4 — about seven years — as between GT5 and GT Sport.

Kyle Patrick · Dec 1, 2013· Comments
A new batch of Seasonal Events has arrived in Gran Turismo 6, and players will have to tackle one of the most challenging circuits in the game.

Kyle Patrick · Dec 1, 2013· Comments
A new batch of Seasonal Events has arrived in Gran Turismo 6, and players will have to tackle one of the most challenging circuits in the game.

Kyle Patrick · Dec 1, 2013· Comments
May has begun. Sure enough, the beginning of the month has brought with it three new Seasonal Events for Gran Turismo 6.

Brendan Rorrison · Dec 1, 2013· Comments
Following up from the comparison to the original Project CARS, we now have some more footage directly looking at how GT Sport compares to its predecessor, Gran Turismo 6.