Ah, that last week of the year, the only time you get two big holidays so close together. Did the big guy in red treat you well? Did you over-do it on shortbreads? No matter – with the likely down time from work or school, now would be the chance to enter our last Photomode competitions of this year! Make sure to click on each competition’s title to be transported to the respective first posts in our forum for each set of rules. Make sure the image you’re submitting follows those rules (and the theme), and then sit tight until the deadline to see if you’ve made the poll! Now, onto the themes… 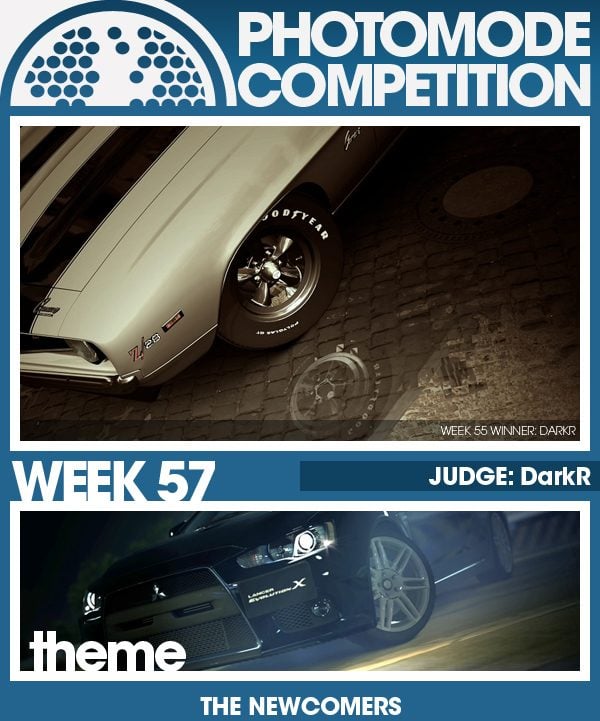 This Week’s Theme: DarkR won Week 55’s Classic Muscle theme, and for this week, he’s asking people to focus on the cars that came to us as part of the 2.02 update with The Newcomers. That means any of the DLC Car Pack 2 vehicles, or the Toyota twins (the 86 GT, or the FT86 Concept II). You may take them anywhere (except Photo Travel, Kart Tracks, or Toscana tracks), so hop to it!

This Week’s Polls: Don’t have time to snap off some images this weekend? Help decide Week 56’s winner! It’s down to two images in Honda vs Volkswagen, so simply select one and hit Submit to help decide!

Lastly, we’re still tallying up the multiple-choice polls for the Best Of The Best, collections of most of 2011’s winners. Pop over to the Weeks 1-25 poll and pick all the images you like, then do the same for Weeks 26-50, and then hit Submit. These close in the early hours of January 2nd, so every last vote counts. 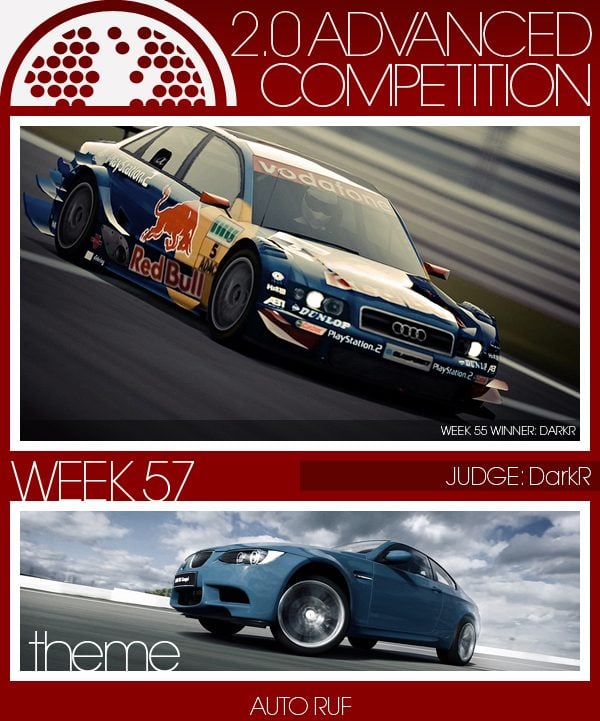 This Week’s Theme: DarkR pulled off two wins last week, in PMC and 2.0 (the latter for week 55’s “Is That A Standard?” theme), but while his PMC theme focuses on the newest possible models in GT5’s vast garage, his 2.0 theme of Auto Ruf focuses on some of the oldest, with the Standard Model RUF’s being mostly all included in GT3. It’s time to take advantage of the recently added ability to change rims, and 2.0 rules allow you to clean up some of the messy textures, so show your ‘Bird some love and take part!

This Week’s Poll: …actually already wrapped up, just this morning!

Like the PMC, 2.0 also has a Best Of The Best 2-week poll going on right now. Part 1 was finished months ago, but the winners of Weeks 21-40 are now in a poll for your viewing pleasure. Vote for as many images as you like, and submit your votes to help decide the winner! 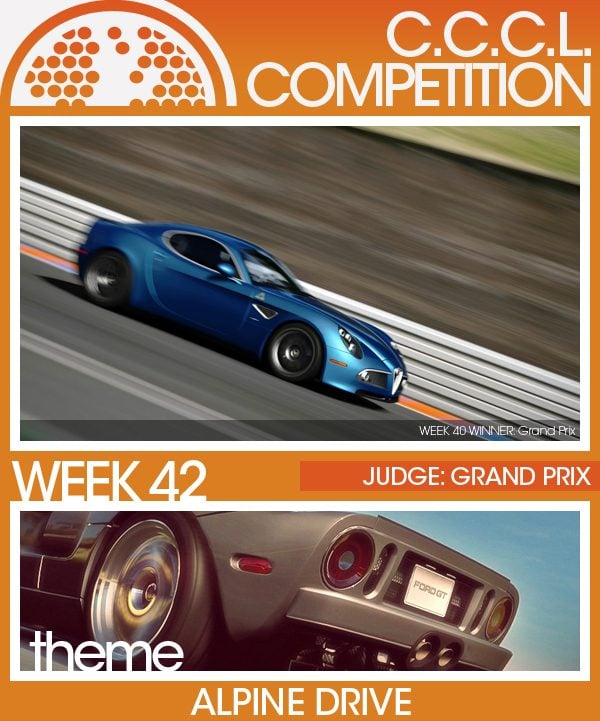 This Week’s Theme: Forum hot-shoe Grand Prix won Week 40’s Alfa Passion, and sticking with the European theme, this week’s Alpine Drive has the car and track combination of Ferrari 512BB and any tarmac version of Eiger Nordwand. Certain Car Certain Location really puts a focus on creativity, since the subject matter is  so similar for everyone, so bring your A game!

This Week’s Poll: Quick, quick! Only seven short hours to help determine the Finest Driving Machine, so get those votes in! 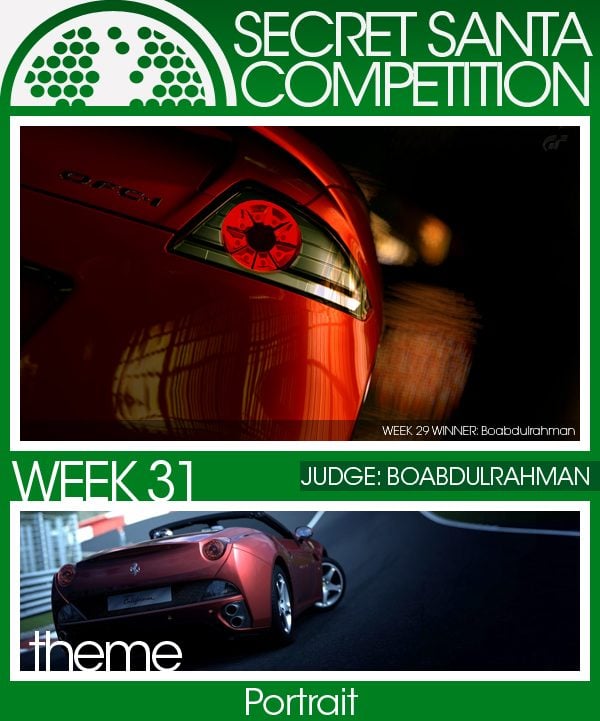 This Week’s Theme: Bo went down to a tie-breaker last week with K-Cars, his OFC-1 shot just eking out the win. His theme this week is very open: Portrait only requires the picture’s orientation be, er, portrait, not the default landscape. Other than that, be creative!

This Week’s Poll: This week’s SS poll also just wrapped up this morning, so tune in next week for the full story!

Wondering where the Photoshop competition has gone to? It’s on a holiday break, so expect to see it back in 2012. Have a fun (and safe) New Years, and see you on the other side!