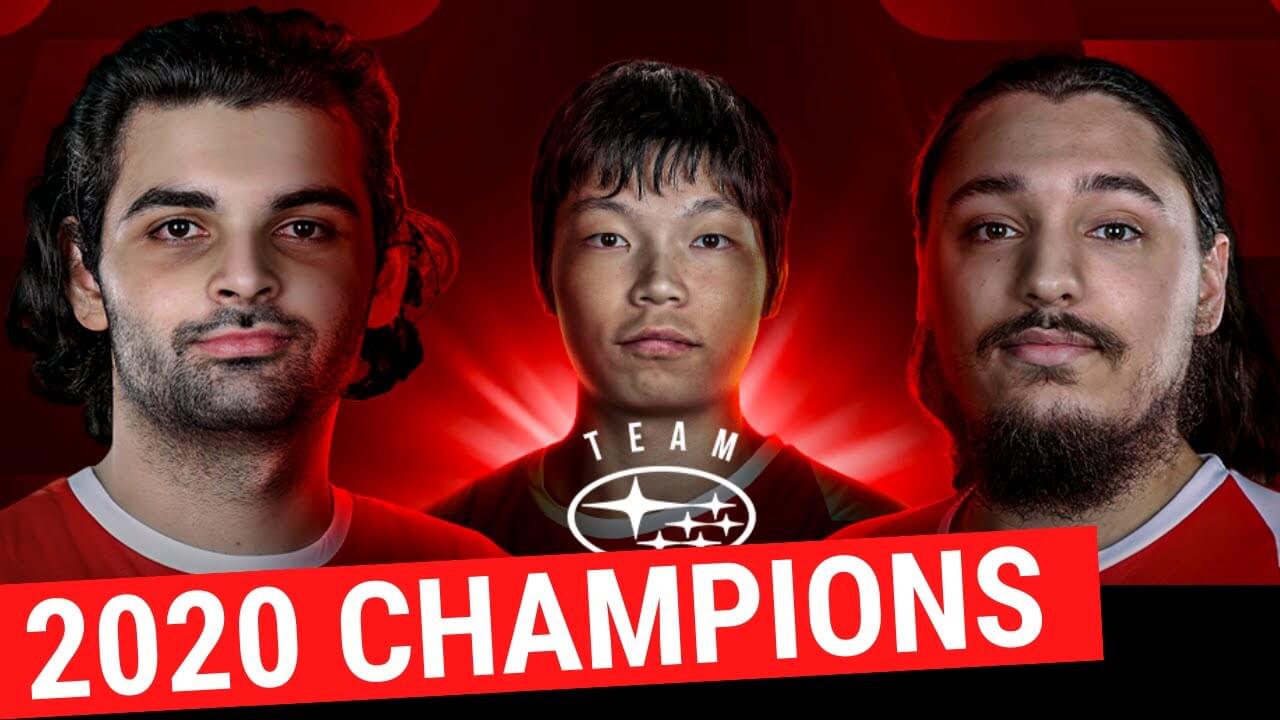 The 2020 FIA Certified Gran Turismo Online Championships are now over. Gran Turismo and the FIA have crowned their world champions, and in case you missed it that was Team Subaru in the Manufacturer Series, and Japan’s Takuma Miyazono in the Nations Cup.

In fact Miyazono scored a clean sweep, bagging the World Tour in Sydney back in February, the online competition throughout the year, the Toyota GR Supra GT Cup, and, as a member of Team Subaru, the Manufacturer Series in addition to the Nations Cup win. It’s the first time one driver has won both FIA trophies in the same season.

With all the racing action done and dusted for the year, we caught up with the three victorious drivers — Miyazono, Mikail Hizal, and Daniel Solis — to grab their thoughts on what’s been an incredible but bizarre year of competition.

Interestingly, Solis made a switch to Subaru after representing Alfa Romeo last year, and the thought process behind his choice is interesting. The Alfa Romeo team broke up, and the American chose to move to Subaru simply because it represented a less difficult way to get to the finals — and potentially race with Miyazono and Hizal.

For the other two, Subaru is a deeper love. Hizal is known for his Subaru (and Mitsubishi, oddly) fanaticism and frequently states the Impreza 22B is his favorite car. Miyazono’s online ID includes the engine code of the famous two-liter Boxer four: EJ20.

We also spoke to the trio about the differences that this year’s online competition have brought, both good and bad. For Hizal in particular, being at home is a plus as it means he can fit his studies in and relax on his bed!

Incredibly, despite the clean sweep, Miyazono doesn’t believe he’s the best GT Sport driver in the world yet, and thinks he still needs to improve and find an edge.

Miyazono also tells us about the unusual tactics and strategies that have become a hallmark of his driving (and wins). This, he says, is mainly a combination of experience but also guessing how long the tires will last — with little practice available in this year’s finals.

We’ll have to wait a few months now to see what 2021 will bring, but if you want to be up with the best next year, a good performance in the current Exhibition Series is a good start.

Andrew Evans · Dec 21, 2020· Comments
Michelin, official Tire Supplier and Technical Partner of Gran Turismo, is staging a special online competition for players in south-east Asia and Oceania, with an all-expenses paid experience at Yas Marina, Abu Dhabi, for the winner.

Andrew Evans · Dec 21, 2020· Comments
A new set of Gran Turismo Sport Daily Races is now available, with the unannounced change to a four-weekly cycle now seemingly the standard from this point forward.

Andrew Evans · Dec 21, 2020· Comments
Following on four weeks from the last set, a new set of Daily Races is now available in Gran Turismo Sport as players get used to the new scheduling for the 2017 title.

Andrew Evans · Dec 21, 2020· Comments
For the first time in nearly a month, there’s a new set of Daily Races in Gran Turismo Sport for players to enjoy for the foreseeable future.

Andrew Evans · Dec 21, 2020· Comments
It’s the inevitable fate of any game that, once it is succeeded, it will eventually wither away as support is withdrawn. While this process usually takes months at a minimum, GT Sport seems as if it could be sidelined in record time.

Andrew Evans · Dec 21, 2020· Comments
Despite being superseded by Gran Turismo 7, GT Sport’s Daily Races seem to be continuing on their weekly cycle — for the time being at least.

Andrew Evans · Dec 21, 2020· Comments
Although Gran Turismo 7 is now out, GT Sport shows no signs of slowing down any time soon, with a new set of Daily Races now available to players.

Andrew Evans · Dec 21, 2020· Comments
Gran Turismo Sport will finally be superceded by Gran Turismo 7 this week, but there’s still plenty to be getting on with in the current title — starting with a new set of Daily Races.