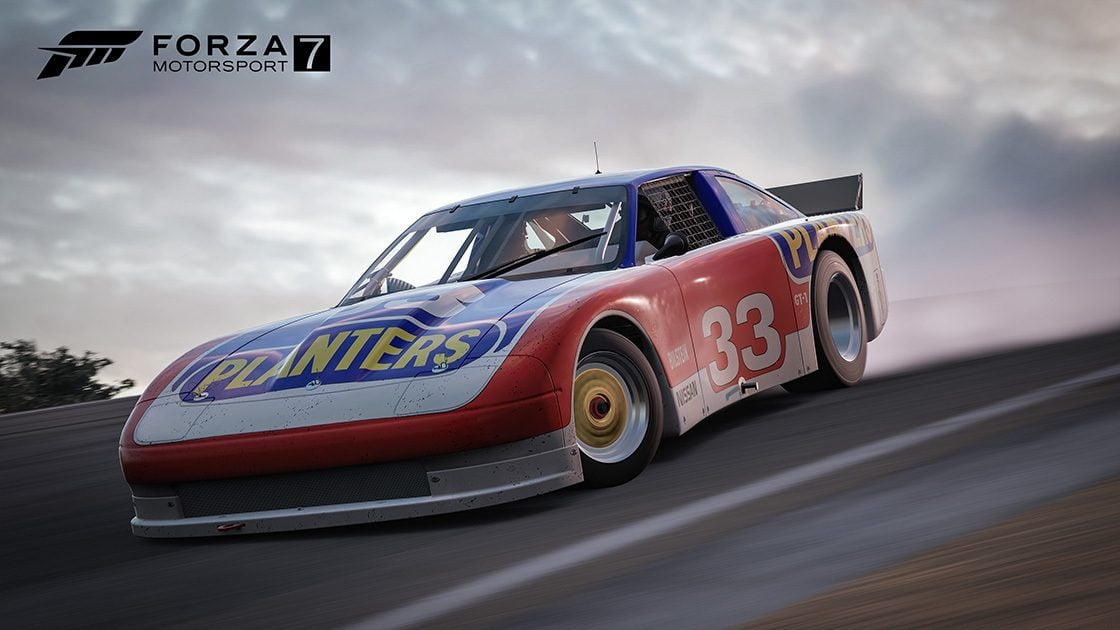 It’s that time again: time for another in GTPlanet’s series of test drives. We last took the Audi Vision Gran Turismo duo for a spin, and the entire new Porsche lineup of Project CARS 2 before that. Next up: Forza Motorsport 7’s March car pack.

A bout of unexpected (but well overdue) good weather put us a little behind schedule, so we won’t waste any time getting to the experience. Check out the video below:

No, the 86-year old Alfa 8C won’t set any speed records. It looks cool as hell though, and that must count for something. In terms of weight and power it’s on par with a modern-day Miata, but those glorified bicycle tires make it a far more exciting drive. You can steer the 8C with the throttle, with the long straight-eight burbling along, but it will bleed a lot of speed out from the inside rear under hard cornering. Luckily, the reversed pedal setup of the real car (throttle in the middle) isn’t something you have to worry about.

The 70s F1 cars of Forza 7 might just be the Goldilocks group of open-wheelers. The downforce they generate makes them easier to drive quickly than the admittedly fun 60s cars, while they lack the power that makes the more modern metal such a handful. I’m looking at you, Renault R.S.17.

It wouldn’t be a Forza pack without a truck! Unlike the other one in this pack, the Colorado feels like another addition that’s meant for either an off-roading expansion, or Horizon 4. I mean, it’s fine enough for what it is — it has a surprising amount of pull from that V6 — but it just feels like a wasted opportunity here. It also highlights how Chevy is missing a full-on Raptor competitor.

It’s not really a looker, is it? The XJR-5 was the beginning of a family of cars that would earn Jaguar plenty of wins. This car earned a handful of them itself.

That wasn’t on the cards for me at Road Atlanta. I’d call the XJR-5 a great learner car for P class: it’s a cinch to drive, but it’s just too down on power to be competitive in stock form. Only a few years later, the XJR-9 would be putting out 750hp versus the 525hp this has. I haven’t tried it in Homologation yet to see if that helps, but I can’t see it matching the 787B.

After half a decade’s absence, Lincoln is back in Forza. It returns with another Continental, though it isn’t a ‘60s era cruiser. No, the new-shape Conti, complete with its strange door handles, is an unexpected addition to FM7.

Like a great many Ford products in the game, the new-era Lincoln halo model uses the tried-and-true Ecoboost 3.5-liter V6. In this car that means 400hp. So, despite its weight, it’s pretty quick in a straight line.

But the Sport Luxury division is a competitive one. In stock form, the Conti is the slowest of the bunch, and even upgraded, it can’t match the all-round talent of cars like the Panamera or Cadillac V cars. The Continental is still a land yacht, making it a more appropriate cruiser than a hot lap companion.

The unloved first-gen 300ZX gets its chance in the spotlight with this car. Paul Newman himself drove it, and as you’d expect given it has the most power of the pack, it’s a monster.

I took it to COTA in the hopes there’d be enough space for the 300ZX to unleash. But it’s a scary thing to drive, not waking up until over 4000rpm and then doing its best to melt your face with turbo power. It’s the opposite of the Jag: the Z won’t teach you the ropes. It probably knows about 300 ways to kill you with them, though.

I’m not going to lie: I was actually really looking forward the XC90 showing up. Out of all the modern crossovers, it’s one of the most attractive. Its drivetrain sounds completely overkill, too: a twin-charged four-cylinder plus a hybrid system equals 400hp.

Up against some varied competition at Maple Valley, the XC90 is actually pretty handy to drive. Yes, it’s heavy and will understeer very early, but drive around that limit and it will keep hot hatches honest.

Overall, the March car pack introduced some interesting new cars to the franchise, but I wouldn’t call it the best FM7 pack yet. What do you think? Let us know in the comments, and keep an eye on GTPlanet for more Forza news.