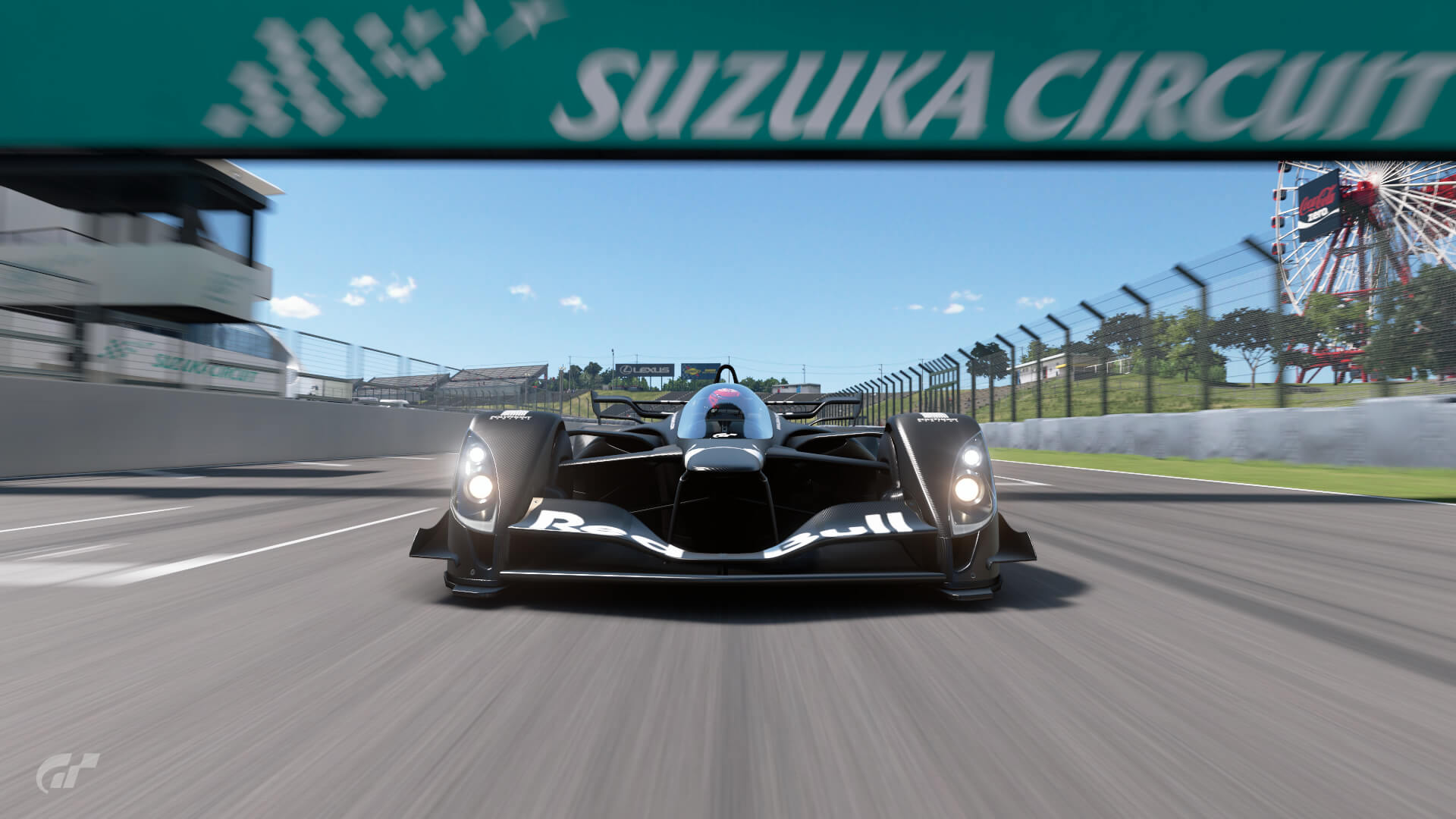 Although we feared it may not happen at all, thanks to the massive shake-up in the 2020 calendar, the Gran Turismo Sport FIA Online Championship will reach a conclusion and crown a winner after all.

Announced today, the competition will move to a pure online event, with regional finals in November for three regions — Europe/Middle East/Africa (EMEA), the Americas, and Asia-Oceania — in Nations Cup and a World Final in December for both disciplines, at unspecified dates. All four events will be streamed via Gran Turismo TV.

Unsurprisingly, the bulk of qualification for these events has already taken place. Places for the three regional finals will be allocated to 12 drivers in each region who scored highest across the 30 rounds of the 2020 FIA Online Championship. The spots will go to the top 12 in EMEA, the top six each in North America and Central/South America, and the top nine in Asia and top three in Oceania.

There is one further chance to qualify however, for four drivers in each region. A new Extra Stage Time Trial event will start on October 15, running through to October 25, and the top-ranked eligible drivers will also qualify to the regional finals. 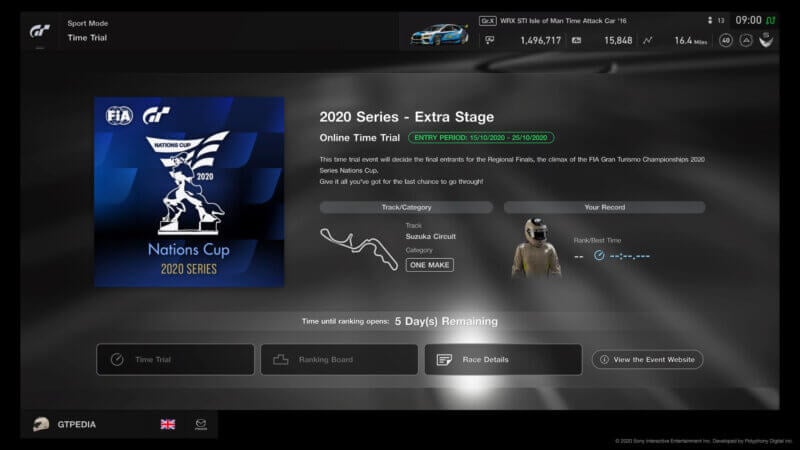 This event, which you can find right now under the game’s Time Trial section, will be a hot lap of Suzuka in the championship’s flagship car, the Red Bull X2019 Competition. The top four EMEA drivers will qualify, along with the top two each from North and Central/South America, and the top three in Asia and top driver in Oceania.

In total, 15 drivers will qualify to the World Final from the regional finals, with eight from EMEA, four from the Americas, and three from Asia-Oceania. That leaves one space unoccupied, which goes to the 2020 World Tour Sydney winner, Takuma Miyazono.

The World Finals will also see the final of the Manufacturer Series. Polyphony Digital will also draw these competitors from the ranks of the players who competed in the 30 rounds of the 2020 online championship, in its original format. That means the top ranking player at each of the top 16 overall manufacturers, from each of the three top-ranked regions, with Toyota and Mazda already guaranteed to attend.

All of these races will be exclusively online, which means we won’t get to see the emotional scenes that have been a hallmark of previous live events. Nonetheless, it’s good to see this year’s racing reach a conclusion, with the next generation of Gran Turismo possibly just around the corner.

Andrew Evans · Oct 9, 2020· Comments
Michelin, official Tire Supplier and Technical Partner of Gran Turismo, is staging a special online competition for players in south-east Asia and Oceania, with an all-expenses paid experience at Yas Marina, Abu Dhabi, for the winner.

Andrew Evans · Oct 9, 2020· Comments
A new set of Gran Turismo Sport Daily Races is now available, with the unannounced change to a four-weekly cycle now seemingly the standard from this point forward.

Andrew Evans · Oct 9, 2020· Comments
Following on four weeks from the last set, a new set of Daily Races is now available in Gran Turismo Sport as players get used to the new scheduling for the 2017 title.

Andrew Evans · Oct 9, 2020· Comments
For the first time in nearly a month, there’s a new set of Daily Races in Gran Turismo Sport for players to enjoy for the foreseeable future.

Andrew Evans · Oct 9, 2020· Comments
It’s the inevitable fate of any game that, once it is succeeded, it will eventually wither away as support is withdrawn. While this process usually takes months at a minimum, GT Sport seems as if it could be sidelined in record time.

Andrew Evans · Oct 9, 2020· Comments
Despite being superseded by Gran Turismo 7, GT Sport’s Daily Races seem to be continuing on their weekly cycle — for the time being at least.

Andrew Evans · Oct 9, 2020· Comments
Although Gran Turismo 7 is now out, GT Sport shows no signs of slowing down any time soon, with a new set of Daily Races now available to players.

Andrew Evans · Oct 9, 2020· Comments
Gran Turismo Sport will finally be superceded by Gran Turismo 7 this week, but there’s still plenty to be getting on with in the current title — starting with a new set of Daily Races.