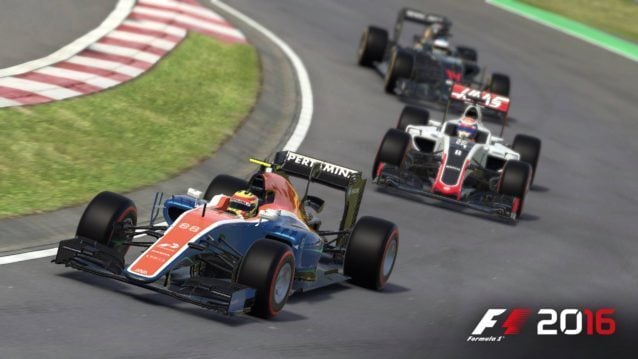 With a little over three weeks until the release of this year’s official game, a selection of hands-on gameplay previews have begun surfacing that show off various features of the upcoming title. Chief among them is the expansive career mode, one of the game’s most touted features and a return to form for the series.

F1 2016’s career mode will extend up to a maximum of 10 seasons and will introduce an all-new car upgrade system, allowing any team on the grid to become an eventual title contender. Among other currently revealed features are the return of a formation lap, manual race starts requiring players to engage the clutch before setting off for turn 1, and pit wall boards that will relay the same information that the real drivers rely on.

For even more preview footage of F1 2016 feel free to drop by aarava’s YouTube channel here. If you’ve missed anything or need a refresher, you can find the full rundown of everything currently revealed for this year’s title here:

F1 2016 will be releasing onto the PlayStation 4, Xbox One, and PC platforms on August 19th, and is now up for pre-order. Remember to swing by our F1 games forum for more in-depth discussion.