With the retail release of this year’s title merely hours away, InsideSimRacing’s hands-on impressions of the pre-release build of F1 2016 comes to a close with a 5-lap race at Sochi Autodrom, home of the Russian Grand Prix.

The career path in this preview build may only extend to four rounds in the season, the full game will of course bring the entire 21 round season. The expansive career mode will allow you to take ‘back-marker’ teams the likes of Manor MRT, Haas, the newly rejuvenated Renault, or even the mighty McLaren and turn them into (or back into) fierce title contenders over the duration of your run, expanding up to 10 seasons.

One thing to keep note of past tomorrow’s release is the volume of radio communication and whether it can be adjusted accordingly. As presented in the previews, it dominates other in-game audio levels which is all too inviting of mistakes. It does lend itself to the interactions often heard during the events themselves, which are often met with ire from the listening driver. 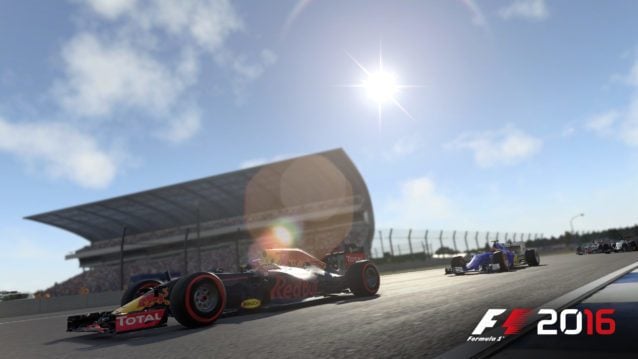 While this concludes ISR’s hands-on coverage of the game, the previous rounds can be recapped in the links below if you’re looking to psyche yourself up before tomorrow’s release. The original article accompanying the final round of the preview can be found on ISR’s website here.

Pre-orders are still available to those that haven’t reserved a copy yet, and remember to swing by our F1 games forum for more in-depth analysis and discussion.