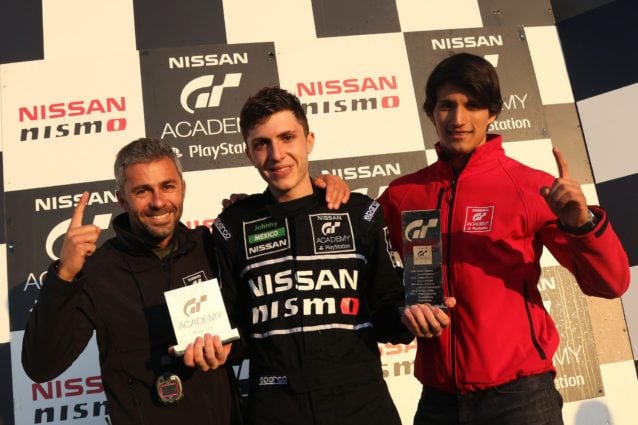 It’s been an arduous week, but it all came to a head earlier today at the 2016 GT Academy International Race Camp. With a two drivers from each region remaining, the last event would see all six teams battling it out on track in identically-prepped 370Z race cars. In the end, it would be Johnny Guindi Hamui, a student from Mexico, that would be crowned champion, but not without a fight.

Johnny’s teammate Enrique Rodriguez Manjarrez would start the final race on the pole position, as the grid positions were determined by Monday’s stock car race. The team’s lead would be short-lived, as Manjarrez tumbled back to mid-pack after a commanding start by the North African and Thai drivers. Australia’s Packham would also pass the Mexican cab driver before the end of the first lap, putting him in fourth by the end of the lap.

Packham would overcook it into a turn the following lap, handing third back to Mexico as Indonesia’s Catra Felder applied pressure from fifth. With another off shortly after, the Aussie car would head into the pits to bring Chris McIvor on board. The new two-driver format introduced a new strategic element to the final race, as the teams aimed to have their quicker driver in the car for as long as possible.

Felder would pit a lap later to hand off to Raditya Indera Syahieza, followed by the Mexican car coming in for Hamui. Nicknamed ‘Tito’, Syahieza was the fastest in the Z cars during practice, and he carried that speed into the race itself as he started reeling in the race leaders. North Africa’s Hassan would hold onto his stint for as long as possible before handing off to Wally, who would come out of the pits neck-and-neck with Johnny. 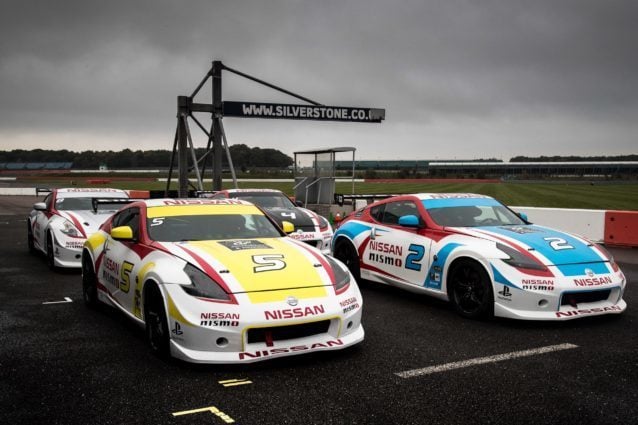 After taking a few turns side-by-side, Hamui would pull in front of the North African car and not look back, crossing the line in first after 16 laps. North Africa would nab the second step of the podium only 2.5 seconds down. Indonesia had mounted a strong late-race comeback, but didn’t have the time to continue chopping away at the lead cars’ lap times. In fourth was Thailand, with the slightly-damaged Philippines car in fifth, and the more banged-up Aussie car finishing last, a lap down in the pits.

While Mexico won the race — surely to the delight of Ricardo Sanchez, team mentor and 2014 GT Academy winner — the results would not automatically exclude any of the dozen drivers from the grand prize. After two hours of deliberation, the judges named young Johnny Guindi Hamui the 2016 GT Academy Champion. A quick and consistent driver the entire length of the competition, Hamui now enters the intense Nissan Driver Development Program in preparation for the 2017 24 Hours of Dubai in January.