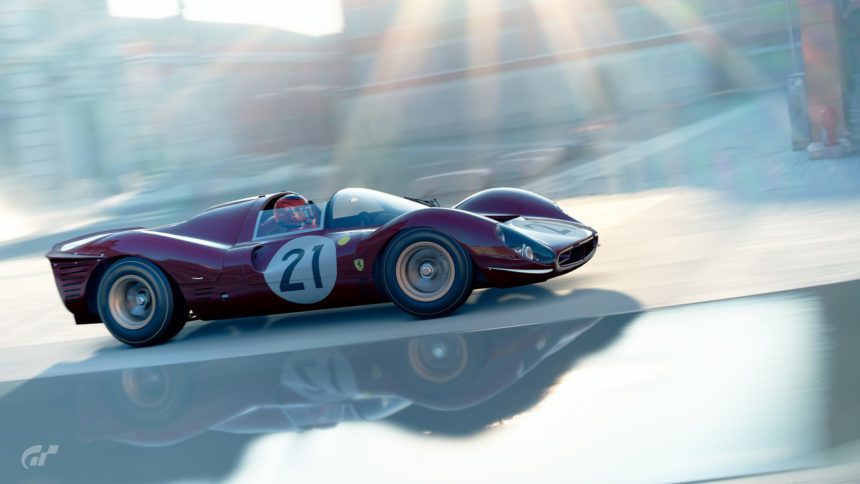 Kazunori Yamauchi was at the Taipei Game Show recently, discussing the present and future of the Gran Turismo series (via Game Watch). There, he dropped the first hints of what might be next for the franchise after GT Sport.

As you’d expect given the current game is still quite new (and just received a sizeable content update), there isn’t much concrete info. When talking about the limited customization of Sport in comparison to previous games, Yamauchi first drops the number seven — as in GT7.

The series creator states that the goal of Sport isn’t the same as the previous six games. It’s something we’ve heard before — that the current game is the beginning of a new chapter — but its his mention of both GT6 and GT7 that’s surprising. Admittedly, he adds the caveat that its appearance is only a possibility.

The interviewer returns to the subject a few questions later, asking Yamauchi about the next game in the two-decade-old series. With nothing solid yet, Yamauchi confirms that he’s already plotting out … something. He laughs off the suggestion of a GT7 title, saying he doesn’t know what name it will take yet.

This isn’t the first time we’ve heard this sort of comment from Yamauchi. Back before Gran Turismo 5’s release in 2010, the the Polyphony boss confirmed the team had already begun work on GT6. In addition, with that title, Yamauchi stated the team was planning on a PS4 port at the GT6 launch event — an approach we now know changed.

Players shouldn’t worry about a short life span for GT Sport, however. Yamauchi has stated the game could feature up to 500 cars by the end of its life, and we’ve yet to crack the 200 mark. If a new game is indeed the works, it also might be part of the plan for the oft-rumored PlayStation 5.

Kazunori YamauchiTaipei Game Show
176 Comments Discuss this post in our forums...
Test Your Badge Knowledge With Our Car Logo Quiz

Gran Turismo Sport 928 Jan 18 by Andrew Evans
There’s a new set of GT Sport Daily Races this week, to tide us all over while we’re waiting for the next FIA season to start. The options are relatively…

Gran Turismo Sport 928 Jan 11 by Andrew Evans
GT Sport fans have a new set of Daily Races to occupy them over the next seven days, with a couple of old favorites and combinations we’ve not seen in…

Gran Turismo Sport 928 Dec 28, 2020 by Andrew Evans
The last set of GT Sport Daily Races for this year is heading to the real world, and taking players to some of the game’s destinations around the globe. Race…