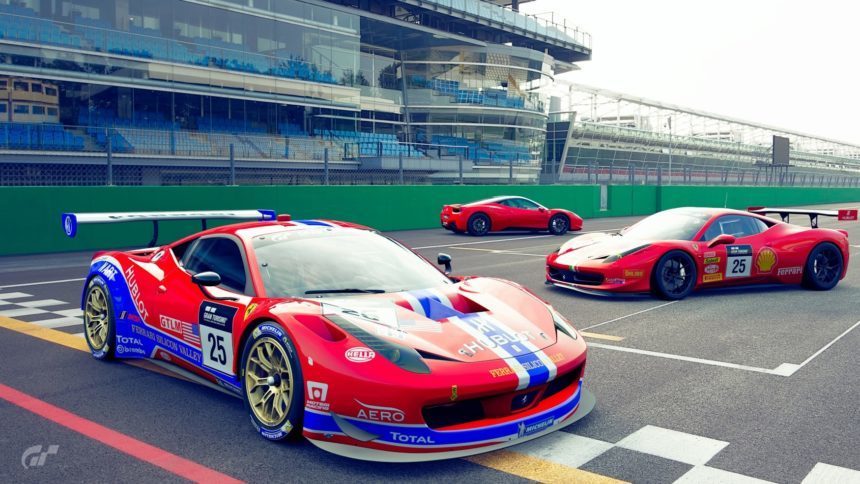 Gran Turismo series founder Kazunori Yamauchi has been in attendance at the Taipei Game Show. Following a stage event, he participated in a round-table interview. Here, he spoke of more details regarding GT Sport.

Polyphony Digital is currently updating GT Sport on a regular basis. Thus far, we’ve seen three updates that brought additional vehicles and circuits to the game — the most recent of which arrived just this week. The good news is that the team plans to continue with them.

When asked about the updates (via Game Watch), Yamauchi answered that he planned to add vehicles and courses, as well as continuing with GT League expansion. One journalist noted that many of the new cars to GT Sport also featured in previous GT games, but Yamauchi confirmed that updates would include new cars as well as these fan favorites in the future.

Yamauchi hopes to improve other elements of GT Sport too. VR, for example, has limited functionality in the game at present. Although not likely to expand to include multiplayer modes, he hopes to at least allow players to use VR in time trial mode.

One curious potential addition is an age selector. Yamauchi stated that he’d like to include a player’s age within their profile, allowing them to race within their age group. This may be good for children, but has potential for older gamers too. However, he does note that the FIA events within the game are strictly for those aged 18 and older.

Those hoping for wider vehicle tuning and customization options, such as we’re used to with previous games, may face disappointment though. Yamauchi reiterated that the goal of GT Sport differs from those numbered games. Customization, he said, will “probably return in the next game”.

As we know, GT Sport focuses on esports, and Yamauchi spoke more on that topic. He’d earlier witnessed a race between selected gamers at the venue and remarked on how impressed he was with the quality and sportsmanship on display.

The topic of the FIA Digital License also came up. That’s still an ongoing process, although Yamauchi is relatively positive. The finer points are “moving forward one step at a time”. Although it’s proving difficult to get a global consensus on how the license will function, Polyphony is still communicating with the FIA and regional motorsports bodies.

Thanks to Lord Protector for the tip!

Gran Turismo Sport 24 Feb 18 by Andrew Evans
Polyphony Digital boss Kazunori Yamauchi has revealed some interesting facts about the relationships between Gran Turismo and the car manufacturers who appear in the series. Speaking to Australian media in…

Gran Turismo Sport 560 Feb 17 by Andrew Evans
This week’s GT Sport Daily Races will take you to some tight and twisty real world circuits, in the UK and Japan. The UK’s representative is Brands Hatch for Race…