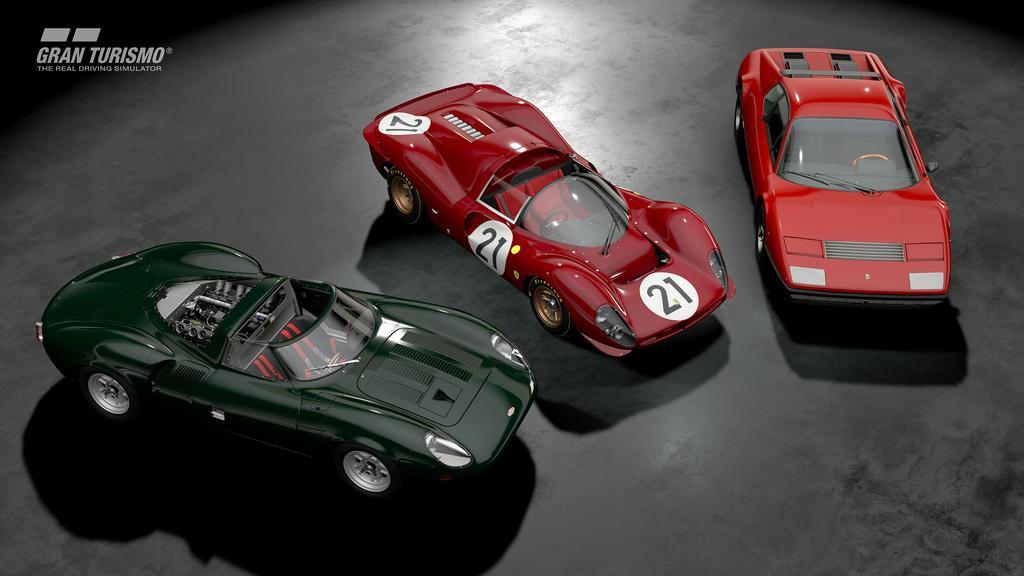 The maintenance period has begun in GT Sport, meaning the 1.11 update is now available for players to download. The newest version brings cars, tracks, events, and more to Polyphony’s racer.

Weighing in at 3.8GB, version 1.11 is the first major update to GT Sport in 2018. We detailed the big changes earlier today, but for those wanting the quick list:

In addition to the above, Polyphony Digital has stated that numerous other improvements and fixes are included in the update. Make sure to visit our dedicated GT Sport forums to ensure you don’t miss anything.

Now, let’s take a closer look at the new cars available in the game. 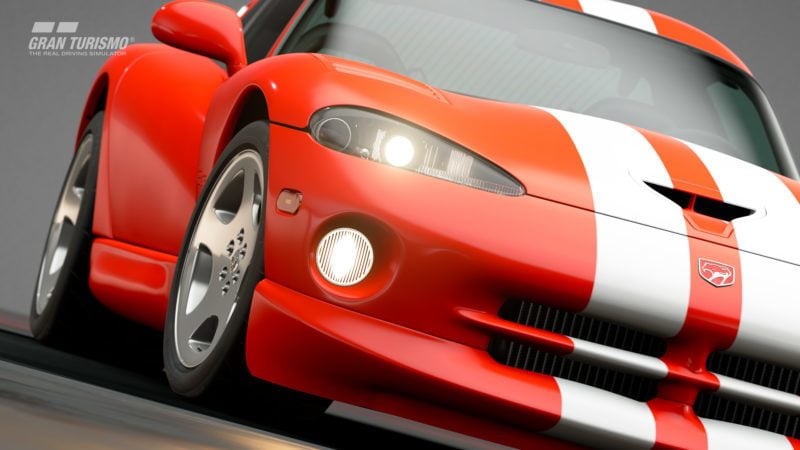 Back in the middle of the ’90s, 450hp was domain of exotics. The Viper GTS was the all-American response to the European elite. With a massive 8.0-liter V10 up front and those classic looks, it appealed to a very particular sort of individual.

This version is the final model year of the original GTS Coupe. It still produces 450hp, but a handful of improvements compared to its first production year makes it (slightly) easier to drive. It lands in the N500 category in GT Sport, a class filled with talent.

This 51-year old Prancing Horse boasts the same power as the Viper above. Naturally, we don’t need to tell you it offers quite a different experience. Ferrari’s endurance racer was a successful one, snapping up the win at the Monza 1000km and a 1–2 at the Daytona 24 that year.

The P4 falls into Sport’s Gr.X class, meaning it will only be capable of one-make races (outside of custom online Lobbies). 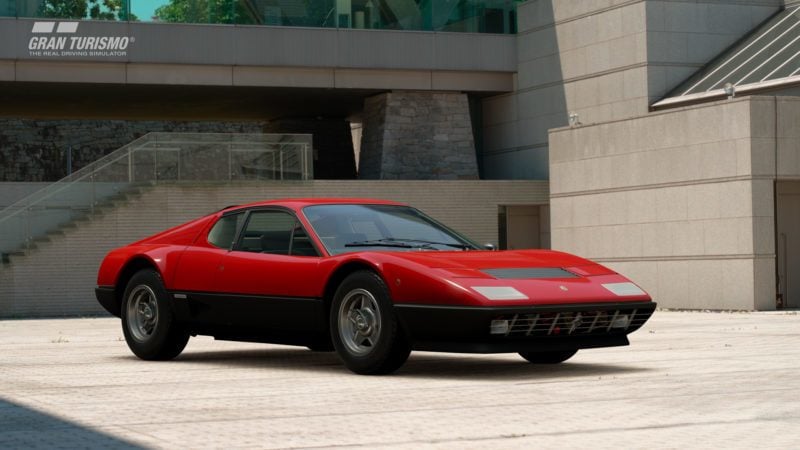 It’s hard to believe less than a decade separates the wedge-like 512 from the curvaceous P4. The first mid-engined road car to bear the Ferrari badge, the Berlinetta Boxer was also the first to use a flat-12 engine. In 512BB form, this powerplant transmits 360hp to the ground.

Given its classic status, the Ferrari will face a challenge in the N400 class. We’d argue that it’s quite possibly the coolest choice in the category, however — so cool, one might build their entire house around it.

Slowly but surely, Gran Turismo Sport is representing more and more of series creator Kazunori Yamauchi’s own car history. You see, Yamauchi-san owns a GT, and he called the R32 Skyline — part of last month’s pack — his first car.

The modern (but not most modern) GT still impresses on paper over a decade since Ford ceased production. A 550hp supercharged V8 engine, 0-60mph well under four seconds, and a top speed over 200mph? Yep, checks out. It should prove a popular choice against other N600 cars in this collection… 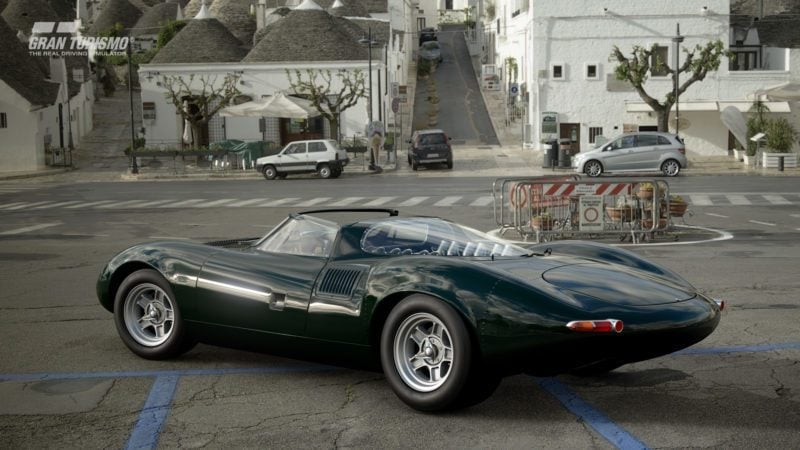 One of the more fascinating aspects of modern sim racers is their increasing fidelity. Cars that may be exceedingly rare in the real world can be digitally immortalized, for millions to enjoy.

Such is the case with the XJ13. A prototype built for endurance racing, only to be shelved before it got to compete, there exists only one. It isn’t even in its original form either, as a crash in 1971 damaged the car extensively.

But that’s not a problem in a game. The XJ13 made its digital debut back in GT5, and now players can experience it on the PS4 for the first time.

…is that a Fairlady?

Yes, the facelifted model of Lamborghini’s ’90s poster car may have borrowed the eyeballs of Nissan’s grand tourer. But the loss of those classic pop-ups didn’t mean this was a tamer car. No, in limited-edition GT form, it was actually the wildest Diablo Lamborghini had ever produced.

For starters, it featured a 6.0-liter version of the famous Bizzarrini-designed V12. Other Diablos at the time made do with a smaller 5.7-liter item. The bigger engine produced 575hp, while the lighter and wider body made it the quickest of the breed. This or the Ford GT? Well, there’s one more N600 option… 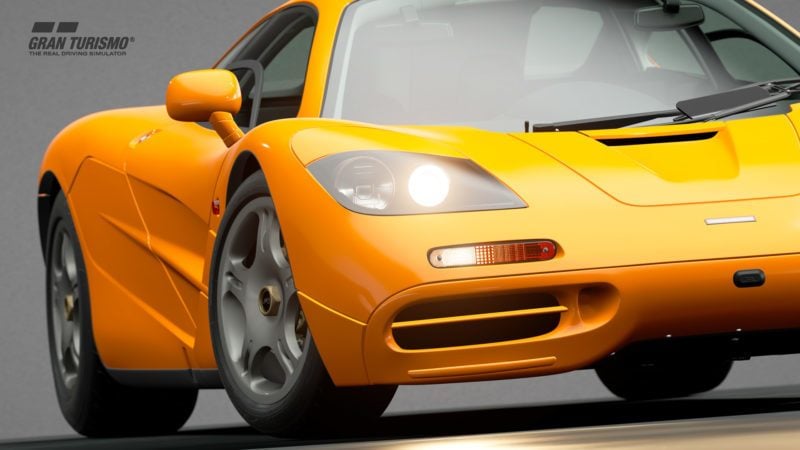 Does this need an introduction? No, of course not. This is the Big Boss of the supercar world. It arguably invented the idea of the hypercar. This is the 627hp, 240mph McLaren F1.

We’ll take ours in orange, thanks.

The oldest of the three Toyotas that Polyphony has included in this pack, the 2000GT, it must be said, is also the prettiest. Yes, it might crib a few lines from the Jag E-Type. But the 2000GT is its own thing, a Japanese grand tourer capable of taking the fight to the Jag as well as the Porsche 911.

Built in collaboration with Yamaha, the 2000GT features a sweet-revving inline-six. Now deservedly viewed as a classic, examples have fetched over $1.2m at recent auctions. Hopefully it’s cheaper in GT Sport — but if not, we know some ways to earn a quick buck.

No, it isn’t the rumoured new Supra. The FT-1 is a precursor, and Toyota originally unveiled it simultaneously at the Detroit Auto Show and inside GT6.

The Vision GT version of the car — a fantasy racer — is already present in GT Sport. This road car edition slots into the N500 class. 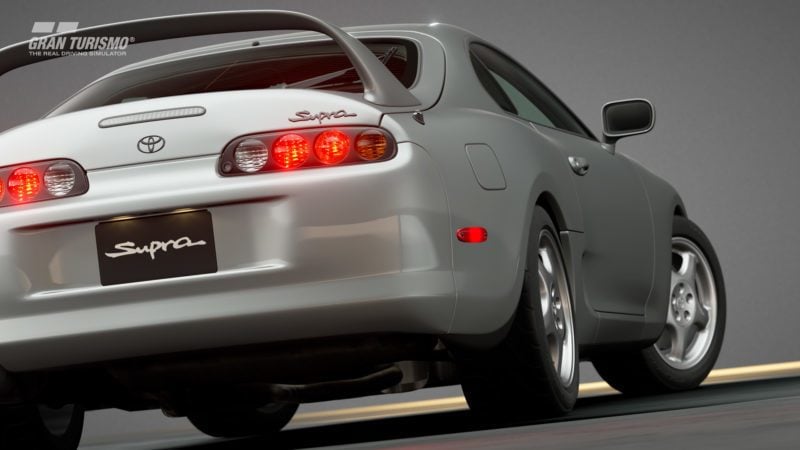 The Supra RZ is the Gran Turismo version of the S14 Silvia in Forza. A large, very vocal portion of the community has been asking for it for what seems like forever.

Well, it’s here now. The fourth-gen Supra is a car known more for its rarified status in the tuner realm than as a stock performer. But without the traditional tuning found in previous Gran Turismo titles, we’re hoping people get to know the Supra in a more subtle form. It lands in the popular N300 class, alongside the other classic ’90s JDM metal that came last month.