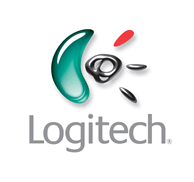 Since the Logitech Challenge cheaters were exposed, many of you have spread the word and contacted Sony/Logitech, expressing your anger with poorly-skilled drivers who were bending the rules to get ahead.  Now, we’ve got official word from Logitech on exactly what is (not) going to happen.   Chris Pate, Logitech’s Global Product Marketing Manager, stopped by the GTPlanet Forums:

The issue of wall contact is a tough one. While Logitech does not at all approve of cheating in GT5:P or any other game, we won’t be reviewing ghost laps for wall contact as it would add a significant element of subjectivity. As such, there will be no disqualifications or changes to player rankings for racing line decisions. The decision to uphold the game’s own penalty system for this event was made in the interest of ensuring a level playing field for all drivers.

Read Chris’ full post on the issue – you’ll also find his comments on Logitech’s corporate blog where the challenge was originally announced.  This outcome is not a surprising one, and indeed, it would add a significant element of subjectivity.  Ultimately, we can only place blame on the forgiving collision detection algorithms set in place by Polyphony Digital and those who decided to take advantage of them.  At the very least, perhaps the spotlight on this issue will encourage Kazunori Yamauchi to implement more sensitive boundaries in future GT5 Prologue updates.

Gran Turismo Sport 577 Nov 30 by Andrew Evans
You’ll be heading to three of the world’s best-known race tracks in this week’s new set of GT Sport Daily Races, as two one-make races headline the offerings for the…

Gran Turismo Sport 16 Nov 28 by Andrew Evans
The second of this year’s Regional Finals in the 2020 FIA Gran Turismo Online Championships is soon to get underway, with 16 drivers from the Americas fighting for four places…

Gran Turismo Sport 2126 Nov 24 by Andrew Evans
While the finalists from the official 2020 FIA Online Championship season are fighting for their World Finals places right now, there’s still plenty of racing for the rest of us.…

Gran Turismo Sport 577 Nov 23 by Andrew Evans
It’s all about racing cars in this week’s new set of GT Sport Daily Races, as players have a choice between three different types of racing machine. Race A this…