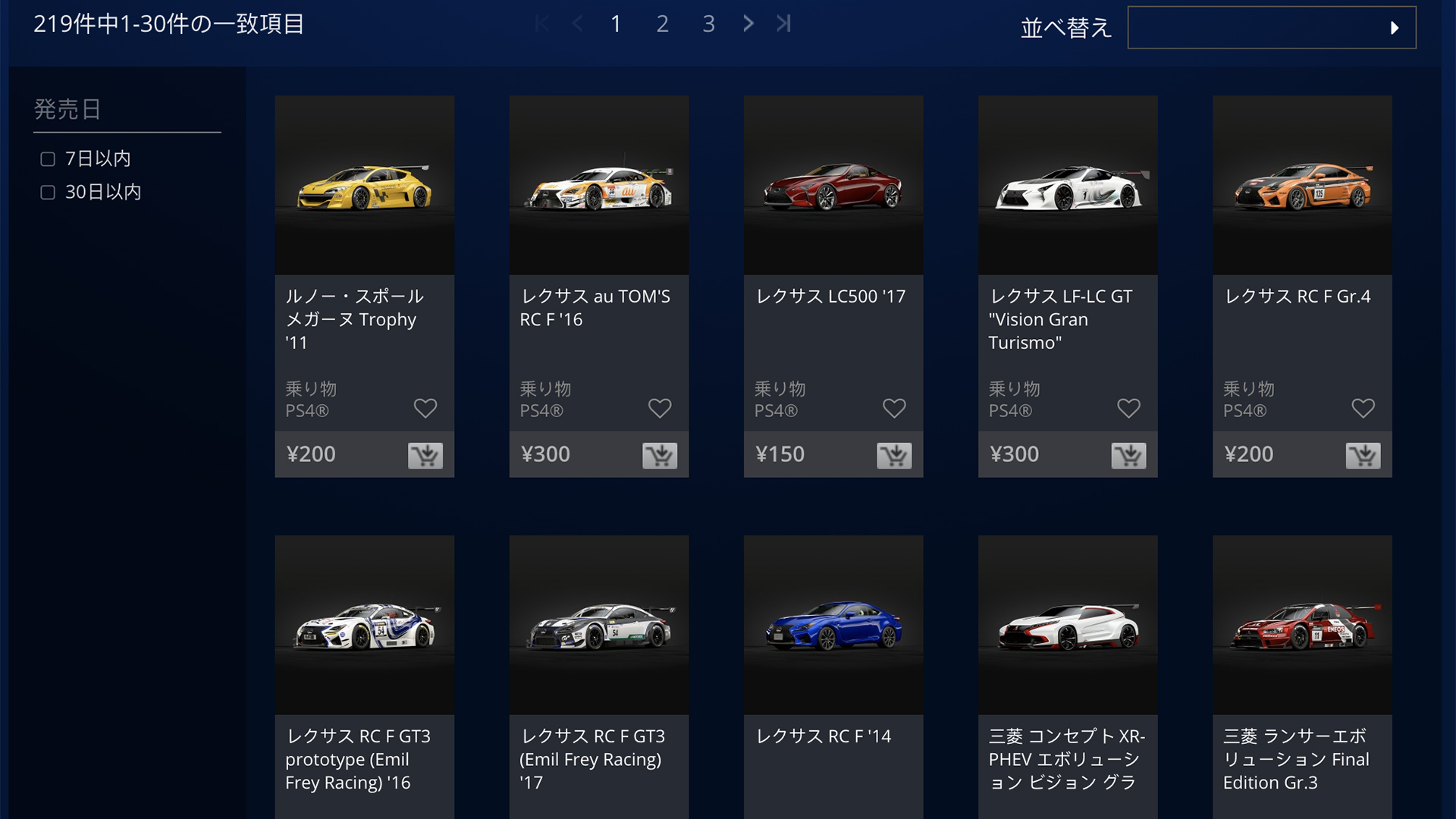 Players in our community first started noticing it a handful of hours before the latest v1.23 update hit. Japanese GT fans were posting images of individual cars from GT Sport they found on the PlayStation Store, with yen values attached. They ranged from ¥100 to ¥300 (roughly $0.90–$2.70 USD), and nearly the entire GT Sport car list featured. See for yourself:

Now, with v1.23 safely on our hard drives, it’s all become clear. Alongside the facts and figures on Circuit de Sainte-Croix and the new cars, Polyphony released the following info:

Cars that cost less than 2,000,000 in-game Cr. can now be purchased directly through the PS Store, in addition to your standard in-game purchases.

For those keeping score at home, that’s 218 cars now available for real cash. Put another way, it’s roughly 92% of the lineup. Cars like the Countach and the XJ13 remain credit-only — or the luck of the Daily Marathon draw. If you’re aiming to collect them, we’ve got a few different credit-farming methods to check out. 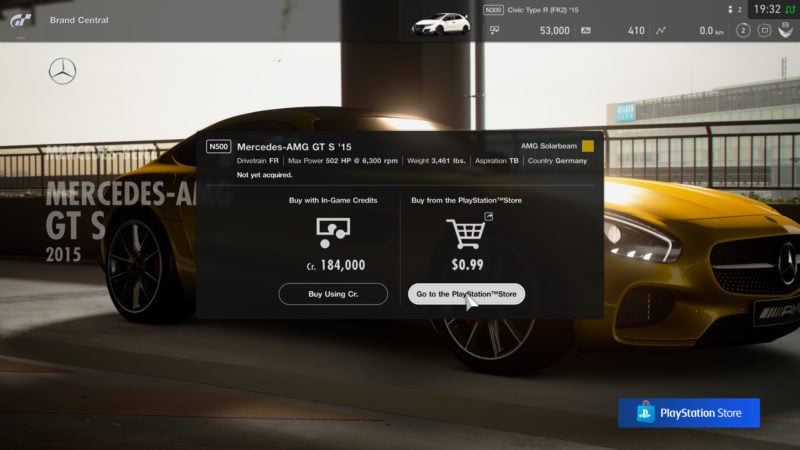 It’s an unexpected move, not least because we were told it wouldn’t happen. Almost exactly a year ago, a journalist asked series creator Kazunori Yamauchi about the possible inclusion of microtransactions. Yamauchi’s answer was an emphatic “no”.

Admittedly, there was no time scale in the question. Yamauchi-san’s answer may have only applied for the launch of the game. Nonetheless, in a year where public scrutiny of MTs has increased, and other racing franchises announce plans to avoid them, Polyphony has given players the option to use real cash.

If you’d rather not see the “Buy from the PlayStation Store” button, there’s an option to turn it off in-game.