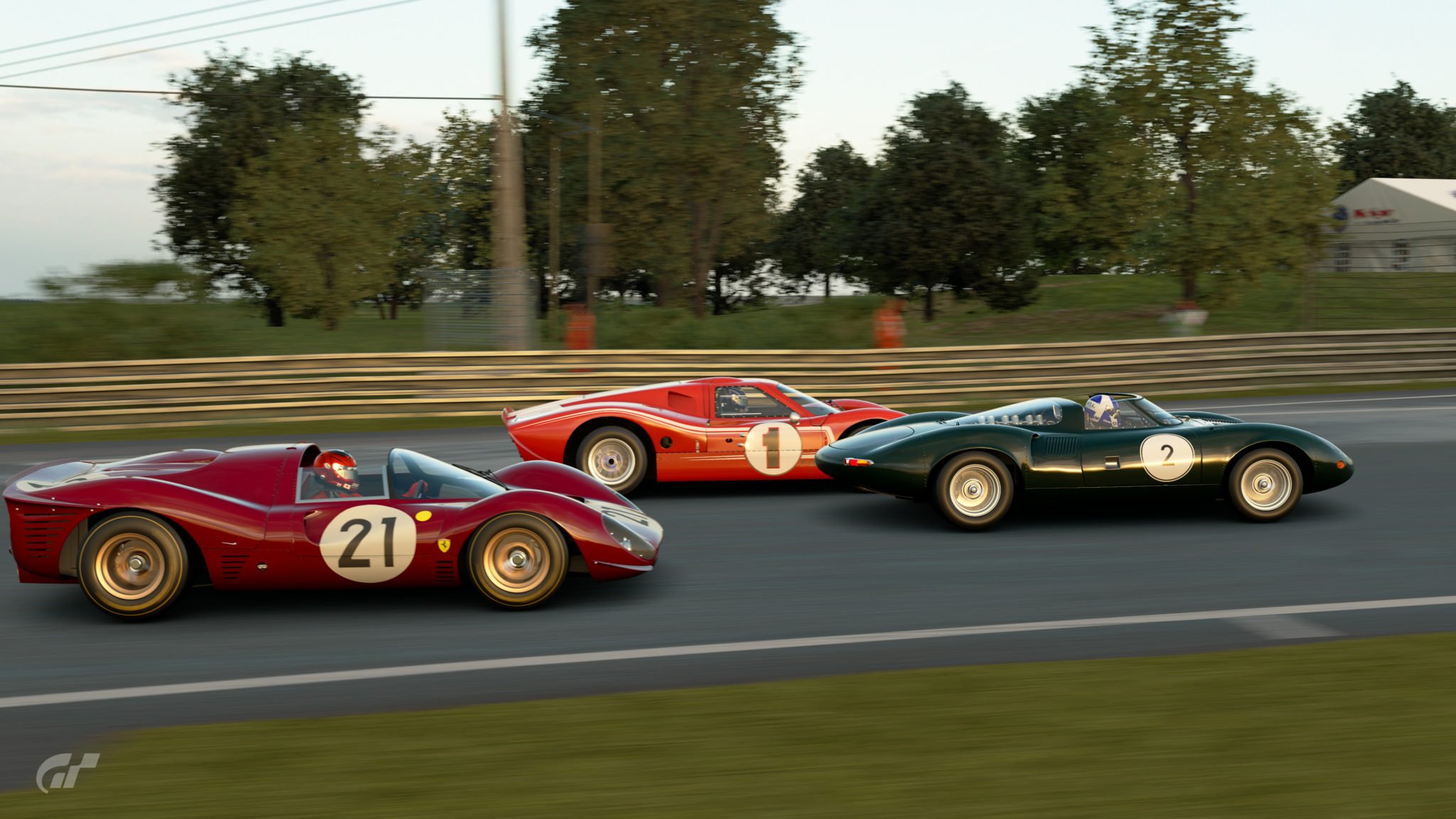 If you’re anything like us, you’ll currently be sitting at level 32 in GT Sport, with a couple of million credits. That silver PSN Trophy for hitting level 50 looks a long old way off, especially when you find out that you’re not even 5% of the way there yet.

With only a few hundred XP available for each Sport Mode race, you could be forgiven for thinking it’s a thankless task. Fortunately there’s a couple of ways to score a some bigger XP rewards.

We’ve covered the game’s “Achievement” micro-reward system already. However, the payouts there are one-time only. Thanks to the Christmas v1.10 update and GT League, there are number of other XP farm events in the game though to help you level up quicker, and fill up your purse for those unicorn cars. 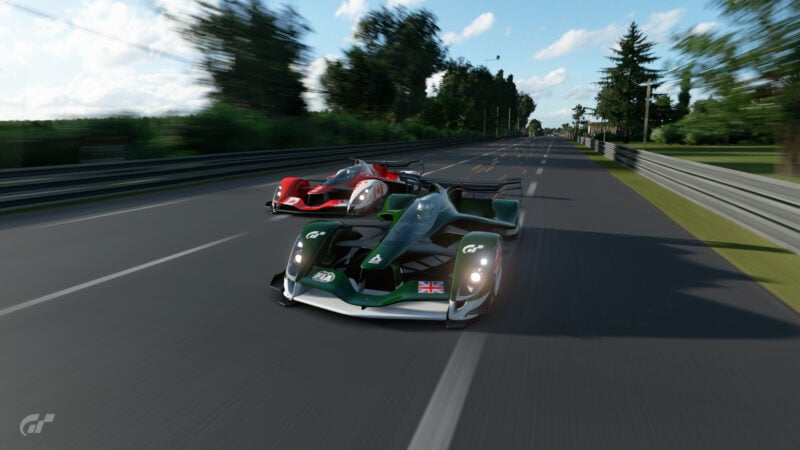 The X2014 Nations Cup is an in-game recreation of the exciting events of the FIA-Certified Online Championship finals. That last race in the Nations Cup featured the Red Bull X2014 cars at Circuit de la Sarthe, and it’s now a GT League event.

The method is hampered by one significant issue: getting the clean race bonus and winning in the same race is insanely difficult. Along with the fact that the track limits are so tight at this track, the AI’s behavior in these hair-trigger cars means contact is almost inevitable. 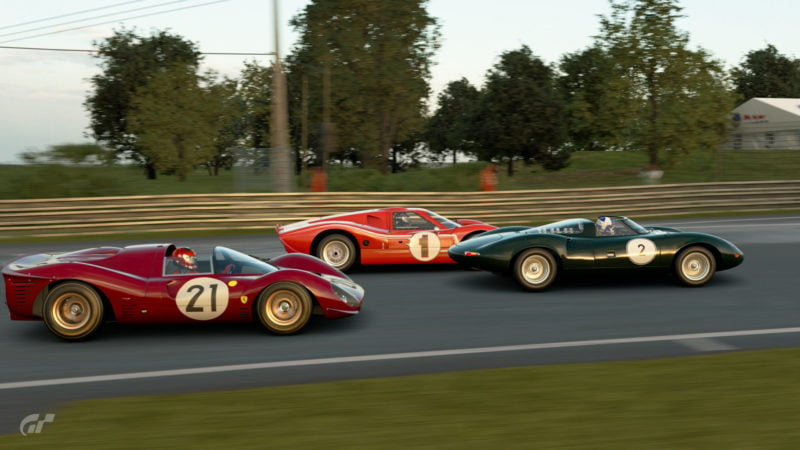 Added in the v1.25 update, this event is the easier of the top earners… although there’s a slight catch.

With 160,000cr and 3,300XP on offer for a race win, it’s got among the highest payouts in the game already. Add on the 50% clean race bonus and the fact the whole race takes just seven minutes and you’re looking at quick money. The catch is that you need a lot of money — or luck — in the first place.

The only vehicles eligible to enter this race and capable of winning it are pretty pricey. You’ll need the Ferrari 330 P4, Ford Mark IV or Jaguar XJ13, and they’re 20 million credits each. If you’re a bit short, the Shelby Cobra Daytona, at 15 million credits, will also do the job if you have enough Mileage Points to tune it up.

Unless you’re already fortunate enough to have the cars, either from buying them or a very lucky pick on the carousel of despair, you’ll have to look lower on the list and work towards this method.

It’s worth noting that the track limits here make it awkward to get the clean race bonus, but stay off the curbs and you’ll generally be fine. Avoid getting too far from the center line on the straights too. To make your life easier, steer clear of grids with the Ferrari 330 P4 in any of the lead three positions. Watch out for slow-moving Toyota 2000GTs and the Mustang Mach 1 too! 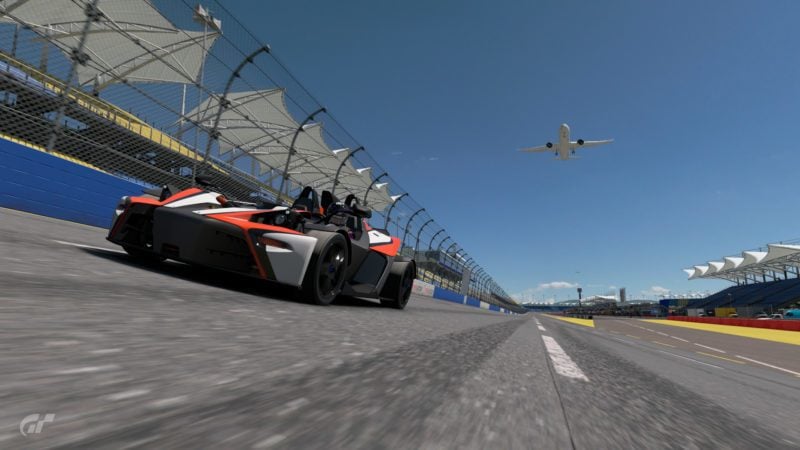 You’ll get around 2,200XP for 12 minutes’ work if you enter Race 1 of this series, at Blue Moon Bay, with a car in the maximum N1000 class like the Bugatti Veyron. That’s doesn’t seem like a huge number, given how much XP you need to hit level 50. However GT League also gives out bonuses for winning in lower tier cars, so you can earn much, much more.

Almost any road car with racing super soft tires can win this race. You can use any car worth 100,000cr or more, and anything that can turn in a 49-second lap will dominate. It’s pretty easy in anything down to N500, but to make the most money you need to look a lot lower.

The ultimate money-spinner is the KTM X-Bow, which also arrived in the v1.10 update. As an N300 car it pushes the handicap rewards much higher, but its short wheelbase makes it tricky around Blue Moon Bay. If you can make it work you can score 8,250XP and 375,000cr each time, with the clean race bonus. It’s possible to win in other N300 cars — Ford GT, Alpine A110 — and even some N200s, but they make the method slower.

It’s not cut and dried. You’ll certainly need to do some tuning work to get it pointing the right way — we’ve found success by fitting racing super soft tires to the rear, with racing medium tires on the front, and traction control set to at least 2. Don’t be afraid to wind on the counter-steer assist either; it may be GT Sport’s “god mode”, but it reduces the time to the bare minimum, boosting your hourly pay rate.

You’ll get the best results by ensuring that the grid doesn’t contain the Ferrari LaFerrari. If you can find a grid that also omits the Bugatti Veyron, it’s a cinch. Just watch out for the Dodge Viper when you cut through the field the first time, and the Porsche 911 when you’re lapping them! 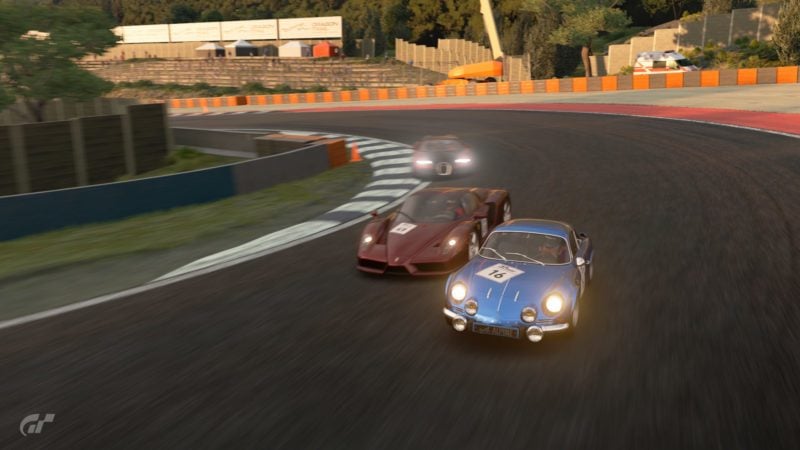 So what if you’re not already a 1967 Le Mans car owner, or ovals leave you cold, and the X2014’s noise and AI skittishness has you tearing out your hair? Premium Sports Lounge again comes to the rescue.

Just like the Blue Moon Bay event, this one is all about using the least powerful car you can get away with. Luckily, February’s content update brought the perfect car for the job: the Alpine A110 1600S ’72.

As with the oval race, the event permits cars of up N1000, with bonuses for using cars in lower brackets. You could just use the KTM if you’ve already tuned it, but the Alpine gives you scope to go in an even lower bracket.

In fact the Alpine can keep pace with the fastest cars here in completely standard N100 form, if you fit racing super soft tires. That’s largely because the AI only has an advantage when it can accelerate; under braking and in bends, of which there are many at Dragon Trail, the Alpine makes up for it and more. However it’s difficult to eat into the starting advantage the lead AI has.

Tweaked into N200, the little A110 is more than a match. It’s a little wayward, so you may want to seek out a tune for it, but it can win comfortably in otherwise standard form. Just beware of cutting too much curb as it’s possible to roll it…

With the clean race bonus, this event is worth 9,000XP each time. That’s only around 450XP per minute compared to nearly 700 for Blue Moon Bay, but it’s a lot more fun.