This past Monday, EA and Ghost Games officially pulled the wraps off Need for Speed Heat at Gamescom. Now we have a gameplay trailer to walk players through what awaits them later this year.

Set in the fictional Palm City, the 25th installment returns to series to its roots with cops-versus-racers action. By day, players will race in sanctioned events courtesy of the Speedhunter Showdown. Win races and you’ll rake in money to tweak your car’s performance and appearance as you see fit.

Everything changes under the veil of darkness. Here, you’re racing for reputation by competing in street races. The more you win, the higher your heat level rises — meaning you’ll earn more reputation. Regardless of the time of day, push your luck and you’ll find yourself in a police chase. During the day, police patrol the area and play by the rules.

At night, the rulebook is tossed to the side. The higher your heat level, the more aggressive the police become. When things get too hot, the police will use spike strips, helicopters and “Rhino” armored vehicles to stop you in your tracks. Vehicle damage will play a role in pursuit chases as well, so you’ll want to get out of harm’s way — to a hideout or your garage — sooner rather than later. 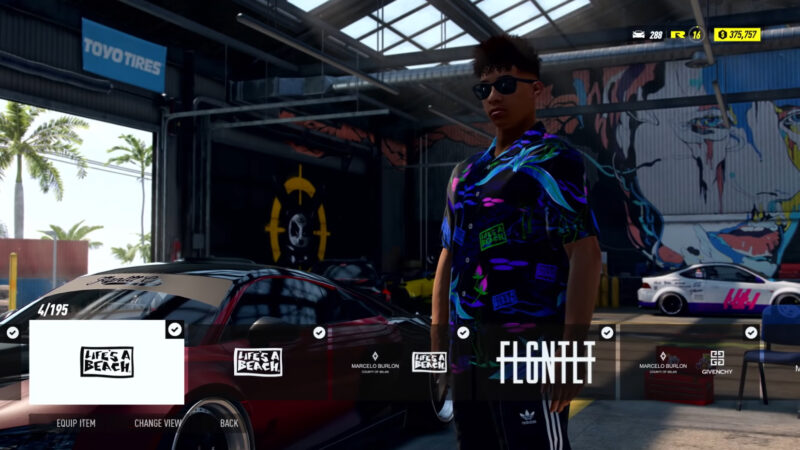 This wouldn’t be a Need for Speed title without customization, and the feature returns in a big way this time around. Speed Cards from NFS Payback are no more, instead you’ll unlock parts by building your reputation at night. A revamped material editor gives players new material finishes to go with their choice of paintwork. Want a full carbon look with your flip paint? No problems.

Things really interesting with the all-new exhaust tuning system. Making its debut in Heat, the new system lets players fine tune the exhaust note, even allowing for pops and crackles on overrun. Customization extends to the player avatar as well with apparel and footwear options. Whether it be man (or woman) or machine, your look will be all yours — and there’s a free app for Android and Apple devices to create your style.

We’re excited to take the game for a spin ourselves and see how it stacks up. Need for Speed Heat releases on the PC, PS4, and Xbox One on November 8. In the meantime, you can watch the trailer below:

Andrew Evans · Aug 23, 2019· Comments
Need for Speed Heat fans could be excused for some conflicting emotions this week, as Criterion Games has revealed support for the popular title is about to end.

Andrew Evans · Aug 23, 2019· Comments
Those worrying that the shift in developer for Need for Speed, from Ghost to Criterion, might mean an end to support for Need for Speed Heat need worry no more. A new update arrives in for the game this week, adding a new game mechanic, some quality of life changes, and a bunch of new cars.

Michael Leary · Aug 23, 2019· Comments
The first Need for Speed: Heat update of 2020 is here. With it comes new features, quality of life updates, and bug fixes. Let’s take a closer look at what the update brings to the table when it is released at 09:00 GMT on January 28.

Andrew Evans · Aug 23, 2019· Comments
If you’re anything like us, you’ve been putting some time into Need for Speed Heat recently. While not exactly the most faithful driving simulation out there, there’s something that’s just… fun about tanking around a fictional Florida in an outrageously body-kitted Ford GT. Except when a cop in a Rhino smashes you so hard you go back to the 8-bit gaming era.

Andrew Evans · Aug 23, 2019· Comments
The latest update for Need for Speed Heat has arrived, and answered one of the biggest questions from fans.

Andrew Evans · Aug 23, 2019· Comments
A quarter of a century. That’s how long Need for Speed has been part of the gaming landscape. In fact the original game — The Need for Speed — predates the PlayStation itself by three months, and initially launched on the 3DO console. If you remember that, you’re showing your age.

Andrew Evans · Aug 23, 2019· Comments
When the official first trailer (and name) for Need for Speed Heat dropped in August, it was very difficult to miss the car taking center stage. Leading much of the chase action, and highlighting the game’s customization options, was a heavily modified Polestar 1.