It’s time for the 7th annual Gran Turismo Awards at the SEMA show in Las Vegas! As you may recall, this unique event is a big deal for GT fans and car tuners alike, as Yamauchi picks his favorite car from the show to be featured in the next GT game. Award winners from previous years have brought us some of the series’ most memorable and cars, including the 1962 Buick Special (’03 winner) in Gran Turismo 4 and the 1960 Art Morrison Chevrolet Corvette (’06 winner) in GT5 Prologue. 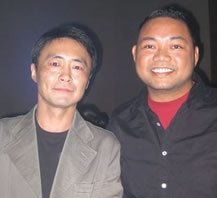 This year will be a little different, though, as Sony has just announced that the 2007 and 2008 award winners (HPA Motorsport’s Audi TT and JR Rocha’s Infiniti G37) will be playable in a fresh new Gran Turismo 5 demo on the show floor. Kazunori Yamauchi himself will, of course, be on hand to personally select the 2009 winner, so we should also expect several new interviews popping up in the coming week.

On a considerably more somber note, it has just come to my attention (via Chronos in the forums), that JR Rocha, the personal owner of the 2008 award-winning Infiniti G37, passed away just last month from a heart attack. Presumably, SEMA 2009 would have been his first chance to play his own car in the game, making this turn of events all the more tragic. We’ve lost a great automotive enthusiast and car designer – may he rest in peace, and may his creation live on forever in GT5.

Here’s a video clip from last year’s show, with a look at each of the finalists and JR’s impressions after getting top honors:

Thanks to everyone who sent this in!

Gran Turismo 7 71 Oct 28 by Andrew Evans
Gran Turismo 7 is once again being pushed to the forefront of PlayStation 5 promotional materials, this time featuring in the console’s official launch trailer. Sony released this trailer earlier…

Gran Turismo Sport 575 Oct 26 by Andrew Evans
A fresh week means a fresh set of GT Sport Daily Races, and the line-up for the next seven days is a little curious. You’ve got two events with full-on…

Gran Turismo Sport 277 Oct 22 by Andrew Evans
The latest set of GT Sport Time Trials is now available, running for the next two weeks. It’s a bit of a change of pace this week, and a very…

Gran Turismo 7 174 Oct 21 by Andrew Evans
The great debate over Gran Turismo 7‘s potential launch date has taken yet another twist today, courtesy of a teaser posted on the official Gran Turismo Facebook account. Long-rumored to…

Gran Turismo Sport 575 Oct 19 by Andrew Evans
After a few complicated races in recent weeks, this week’s new set of GT Sport Daily Races is a return to simpler times. It’s a case of picking how fast…

Gran Turismo Sport 575 Oct 12 by Andrew Evans
A new set of GT Sport Daily Races starts today, with something of a focus on cars with the engine in the middle. There’s three races as usual, with two…