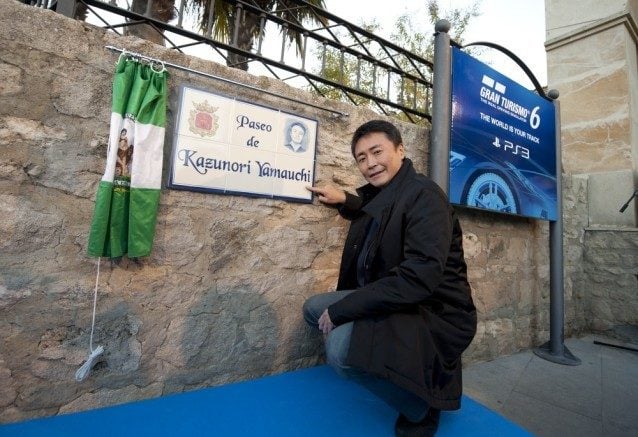 Amongst all the announcements at the GT6 launch event in Ronda, Spain, one of the most unexpected surprises came from the city of Ronda itself, as the mayor announced a street would be named in honor of Gran Turismo series creator Kazunori Yamauchi. 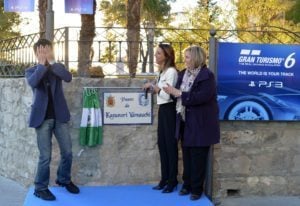 “Some people may find it a little strange that we have given the same honour to Yamauchi-san as to Orson Welles or Ernest Hemmingway,” explained Maria de la Paz Fernandez Lobato, mayor of Ronda.

“But, in the same way that both of them were enchanted by Ronda, so was Yamauchi-san. There is also no doubt that his work has a huge cultural resonance with people today. He has driven the racing game genre to new levels of realism and his creations are as much art as technology. Ronda’s association with Gran Turismo is also a reflection that our ancient city is a modern, vibrant place to live and very much part of the 21st century.”

“I feel so grateful to the city of Ronda for this honour,” commented Yamauchi-san. “It is very special to see my name on the street, and especially when I know that Orson Welles and Ernest Hemingway are around the corner – what incredible company. I know that I still have much work to do to be worthy of their status.”