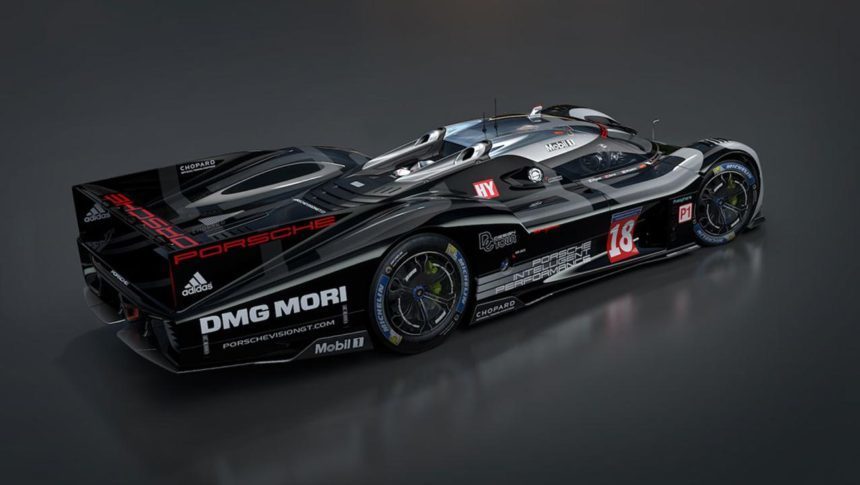 Gran Turismo fans have been waiting a long old time for Porsche to join the fray. The brand finally escaped an exclusivity agreement and will be part of the family when GT Sport launches next month.

A recent post on the company’s official website suggests it might be going all-in to the Gran Turismo ethos, with its own Vision GT car too.

In case you’ve missed it, Vision GT is Gran Turismo’s flagship industry project. In collaboration with the motor industry, it brings unique and advanced concept vehicles to the game. Most manufacturers also built full-size versions of their Vision GT cars, for glitzy unveilings at the world’s motor shows.

The project has been key to revealing several production vehicles, derived from the concept cars. This includes Infiniti’s design language, the rebirth of the Alpine brand and Bugatti’s successor to its own fastest production car in the world. It’s been a big deal.

The Porsche in question has a bit of an odd background however. For a start, Porsche was not responsible for it.

Instead this car is a spare-time project for a number of automotive specialists at Chinese brand Chery. Alan Derosier, Marcos Beltrao, Martin Peng and Guillermo Mignot all put in some after-hours effort to create a modern version of the classic, 1969 Porsche 908 LH. Along with Tom Wheatley, the quintet created the 908/04 Concept, which they refer to as the Porsche Vision GT.

Producing the virtual concept car took over two years, and an estimated 5,000 man-hours, and then it came to the attention of Porsche. Of course, despite the name and inspiration, the car wasn’t officially a Porsche, so the team feared possible litigation.

However, it turned out that Stuttgart loved it. A year later, Porsche created a 3D-printed, 1/6 scale model which it unveiled to the team – who’d never before seen their car outside of a computer screen.

While clearly a fan-made vehicle originally, the Porsche 908/04 Concept now has official recognition from Porsche. It even has its own website, at porschevisiongt.com.

Could we be seeing this car in GT Sport next month? It looks like we’ll have to wait and see!

PorscheVision GT
34 Comments Discuss this post in our forums...
Test Your Badge Knowledge With Our Car Logo Quiz

Gran Turismo Series 14 Apr 12 by Andrew Evans
As players are waiting for some good news around PlayStation 5’s Gran Turismo 7, a development over the weekend could mean that Gran Turismo will also head to the world…

Gran Turismo Sport 469 Apr 12 by Andrew Evans
A new week means a new set of GT Sport Daily Races to get to grips with, and this week’s trio of events brings a mixture of pace to satisfy…

Gran Turismo Sport 469 Apr 5 by Andrew Evans
There’s a fresh set of GT Sport Daily Races now available, with players taking race cars — albeit in name alone in one case — to three of the game’s…